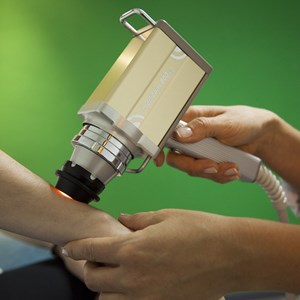 Cosmetic laser is a therapy that reduces facial wrinkles and skin irregularities, such as blemishes or acne scars. This technique directs brief, concentrated pulsating beams of light at uneven surfaces of skin, which precisely removes skin layer by layer and is also known as lasabrasion technique, laser peel, or laser vaporization. It is used for treating many medical conditions such as aging skin problems, age spots, fine lines, and wrinkles on the face birthmarks, spider veins, droopy, dry, sagging eyelid skin, and dark circles. Further, it can also be used in uneven skin tone correction and texture, smokers’ line, vascular lesions, and skin tightening.

Significant increase in the preference for non-aesthetic procedures and technical advancement in laser technology are the major factors that drive the Cosmetic laser market growth. In addition, surge in adoption of the non-invasive procedures, rise in cases of skin damages, increase in medical tourism & ever-changing lifestyles and reduced procedural expenses propel the cosmetic laser market growth. Other factors such as enhanced implementation of aesthetic procedures, development of laser technology, increased focus on body appearance among both men and women, high disposable income in developing economies fuel the market growth. However, factors such as less emphasis of manufacturers on aesthetic devices, strict regulations by the government on the usage of cosmetic lasers, and lack of reimbursement are anticipated to hamper the market growth. Conversely, development in fillers, lasers, and injectables are estimated to create lucrative opportunities for cosmetic laser market in the near future.

Several advancements have been witnessed in the recent years in laser and light-based devices. For instance, a new hair removal device called Soprano Titanium has been introduced by main players such as Alma Lasers. This device features new 4 cm spot-size Quattro 3D applicator handpiece, delivering three laser wavelengths: 755 nm, 810 nm, and 1064 nm to treat different types of skin. Cosmetic companies such as Candela and the Vascular Birthmarks Foundation have partnered together to provide pro-bono laser treatments. In addition, in 2018, Cutera introduced Pico genesis that helps in treating skin pigmentation, which also enhances the patient’s skin complexion.

The cosmetic laser market is segmented based on product, modality, application, end user, and region. On the basis of product, the market is segmented into ablative, non-ablative, and laser. Based on modality, the market is segregated into pulsed dye laser (PDL), YAG laser, carbon dioxide laser (CO2), Erbium, Intense pulsed light (IPL), radiofrequency, infrared, and others. Based on application, it is divided into hair removal, skin resurfacing, vascular lesions, scar and acne removal, body contouring, and others. Based on end user, it is classified into hospitals, skin care clinics, and cosmetic surgical centers. On the basis of region, the market is studied across North America, Europe, Asia-Pacific, and LAMEA.