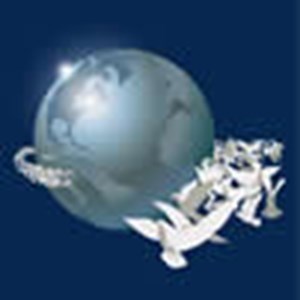 Suddenly, there is a new global tidal wave of change all over the Asian region, the obvious signs are people on the move, new developments and properties popping up all over the region and a nouvo-consumerism is appearing at every corner, customers are buying shiny and wonderful things with beautiful packaging and companies are addressing their hunger with massive blitzes. ...
Last Updated: 27-Aug-2010
Unseen by the masses but clearly visible to global circumnavigators, a new storm is building, wiser and well seasoned, like homing pigeons, immigrants are returning to their homelands…soon it will cut a clear path.

Global Re-Immigration
Currently, there are far more opportunities mushrooming for Asians, plus the quality of life can be far greater and more economical than what's being offered in most foreign lands. During and following WWII, in search of paradise, these immigrants originally came to the West seeking freedom, opportunities and a higher quality of life. These western societies certainly did offer all that and more. Not any longer.

The West is tangled up in problems. In the US alone, tension between Republicans and Democrats demonstrate that they are not simply opposing parties, rather they are arch enemies whose ideological divide has created a deadlocked and stagnant society which would be hard to imagine a decade ago. The war issues are almost like an internal US civil war of ideologies.

There is also this new issue of constant daily harassment and unjustified racial profiling all over the West, targeting each and every individual with a slight difference in skin tone, accent or culture. This has fueled the mega-movement further. The so-called 'clash of civilization' as some would like to see happen, has contributed largely to this now unstoppable movement.

Almost every Muslim and most Asians are being targeted. Today in America, children are worried about their old parents being embarrassed and humiliated for being Muslim, non-white or slightly different, while the same parents worried about the future of their young children and wonder how they will ever find a promising future in such a suspicious environment. West is no longer tolerant or accommodating anything that is Muslim in origin or tradition, period. The trillion dollar Iraq war and the outcome of 9-11 have created a mega shift in attitudes. All this is adding nothing but fire to the re-location movements.

The grassroots level ethnicity, which provided innovative colors, different languages and foreign accents, are leaving the backroom engines slowly and steadily. There is already a shortage of a highly qualified force at very economical rate all over the western economies. Immigrants knew then very well when to move in and they know now when to get out.

Currently there are all kinds of research and studies showing steady decline in population in the west and for the first time, there are clear indicators that American youth will be looking towards Asia for greater opportunities and potentials, unlike their parents who were on the path of glory from the start.

Global Image Re-positioning
In order to shift perceptions en masse, it requires mega shifts of options at the ground level. The world's latest and most advanced grand and luxurious shopping malls are erupting by the thousands in the East. India alone has a middle class larger than the entire population of USA. The land of the 'fakirs and the snake charmers' have an uncontrollable nouvo-consumerism, ready to devour anything that shines. The powerhouse image maker of the past, Hollywood is simply now old and exhausted, while Bollywood is in a $4 billion dollar-per-year frenzy. Paris the heart and soul of fashion is for the passé, as there are some 100 new fashion centers that have arisen mostly in Asia. The East is not only replacing formerly western dominated industries, they are adjusting for the latest innovation and technology resulting in far superior and dazzling ideas.

The sunshine days for Eastern iconization are here, corporate image and brand name identities that were only using Western standards are now shifting in a big way to the East. Studies have clearly shown Asia to be the driving force behind branded goods; way over Europe and USA, obviously the wealthy population is far bigger than the west. The movement for creating local Asian brands is picking up heat, using latest tools of the trade and the software that is capable of spinning colors and dazzling graphics that would dwarf any top agency in New York or London . The issues of cyber-branding and corporate images are becoming very real - demanding cutting edge knowledge and very superior sets of skills.

Amidst all this activity - is the Dubai phenomena. A fine example of what a single city can do in less than 10 years.

Inspired by this great experiment there are now some 100 cities in the Middle East, India and China all poised to embrace the Dubai model of rapid growth and re-deployment of government services to attract business and opportunities. There are clear indicators that such attempts will be equally successful in most such anxious cities. Just like the earlier rapid urbanization of the US following World War II, where hundreds of cities simultaneously sprouted throughout the landscape.

A few years ago, India adopted and proved the outsourcing model, making the biggest IThole in the US and becoming the global centre of software to the world. China became the world's largest factory, and the Middle East is on its way to becoming the region full of luxury buyers via hundreds of world-class luxury centers of providing new standards and new benchmarks in modern living. All this combined creates a new, Eastern-oriented, mental shift to image and branding.

Global Hyper-Acceleration
While it took a century to brand the Eiffel tower, Coke, Disney or Benz, recreating similar icons in Asia would now take a fraction of that time. One of the main reasons being, the speed at which all interaction and information now flows in this hyper-technologically driven society.

Here, it's micro-miniaturization yielding premium prices. A corporate society with compulsive innovations that continuously creates smallest things for large and deep pockets. This acceleration will further mount to frenzy and will become its own revolution when a billion plus cyber-entrepreneurial-warriors hit the e-commerce highways.

Mega Re-Housing Shifts
There is an extraordinary real estate boom, all over Asia, from major cities to unheard of villages. Prices have been continuously doubling and continue to double, with no conceivable end. The re-immigration of highly experienced and qualified people returning home with liquid cash and business ideas led to explosive development in real estate. The approximately one million apartments being developed in Dubai and UAE alone, is a solid indication of the global desire to explore these regions as long term promises of a newer, modern and higher standard of living. The wheels have started to grind and the machine is on. This region already has billions of their own to manage plus millions coming in with cash and ideas to relocate to the East. With over 100 monumental structures under way, it is only a matter of time before Westerners become well versed with the names and locations of these massive new developments

Winner and Losers
The business communities in the west will have to adjust to the HR gaps, lack of knowledge base and cost effective work force with international reach, while the business in Asia is already marching to a very dynamic tune. When the dust finally settles on this anti-Muslim and anti-ethnic chase in the west, a decade would have passed, and the global adjustment would have taken a stronghold.

The West is very comfortable with this current outbound movement as it supposedly makes them safer. Depending on one's location and destination, the final winners are the youth of Asia for possessing and controlling such extraordinary growth options in an endless variety, that is unmatched by any other region in the world.