Lies You Shouldn’t Tell In a Job Interview (For Candidates) 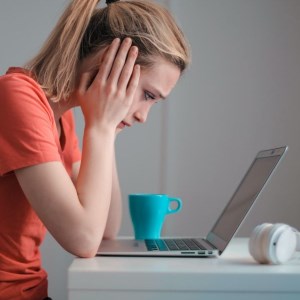 Once you’ve found your ideal pharma job, it can be tempting to lie about your skills, qualifications, or experiences in a job interview to morph yourself into the perfect candidate. Although job interviews are an opportunity for you to sell yourself to recruiters and hiring managers, lying about your capabilities is a very short-term solution that won’t get you very far in your career progression. In this article, we outline some of the most common lies told by candidates.
Editor: Lucy Walters Last Updated: 16-Apr-2021

Once you’ve found your ideal pharma job, it can be tempting to lie about your skills, qualifications, or experiences in a job interview to morph yourself into the perfect candidate. Although job interviews are an opportunity for you to sell yourself to recruiters and hiring managers, lying about your capabilities is a very short-term solution that won’t get you very far in your career progression.

In this article, we outline some of the most common lies told by candidates during the recruitment process and offer advice on how to present yourself as the strongest candidate without lying.

Lies told about previous work experience include things relating to the level of responsibility held, job titles, key duties and accomplishments, and employment dates; all of which could be easily uncovered if your previous employer is contacted for a reference, or if the hiring manager already has contacts within that company.

If you’re missing a specific skill or experience that’s required for the role, acknowledge this and demonstrate your eagerness to learn and fill in these gaps through training. You should also be prepared to talk about how the skills and experiences you do have can be transferred to this role, and how they can help you to develop in these areas.

Discussing your salary expectations during an interview can be uncomfortable, so don’t make it worse by lying about your previous/current salary in hopes of getting paid more in your new role.

If you’re in the UK, your actual previous salary will be shown on your P45, and for other countries, this will also be shown on similar tax documents, so this lie is easy to uncover. Also remember that most pharma recruiters and hiring managers will know the standard salaries within the Life Sciences industry, so overinflating it will only show dishonesty.

Instead, do some research on the industry-standard salaries for your role, and be prepared to refer to this if you get to the salary negotiation stage.

Whilst some companies will expect you to have certain qualifications such as a degree within the Life Sciences, others are moving towards a focus on demonstrable skills and experiences. So, unless it’s listed as an absolute must-have, apply honestly and be prepared to emphasise the value of your experience.

Similarly, if you know there are some skills listed in a job description that you don’t have, don’t be tempted to list them on your CV as skills you hold in the hope that they won’t be brought up in an interview - they will! And even if the lie does get through, you’ll be expected to demonstrate these skills in your new role so it will soon be obvious if you don’t have them.

Instead, it’s fine to acknowledge that you aren’t currently as strong in certain areas, as long as you show an understanding of why they’re important to the role, and how you will work on developing yourself in these areas to fulfil it to the best of your ability.

Lying about your level of computer literacy is something that many candidates do unknowingly. For example, you might be quick to say you’re ‘proficient’ in Microsoft Office because you’ve used some of its features, but are you aware of what all of its programs are used for, and what their key features are?

Be careful with your terminology when describing your computer literacy, and don’t describe yourself as being highly skilled in something that you don’t understand the full capabilities of. If there are programs listed in the job description that you think you understand, make sure to research them to understand what they can do and how they work within the context of the role.

Although you should show passion for the role you’ve applied to, don’t lie about what you love, especially when explaining to a hiring manager how you’d fulfil aspects of the role that aren’t as enjoyable, such as completing repetitive tasks.

Instead of answering that you’d manage fine because you ‘love repetitive tasks,’ instead be prepared to outline how exactly you’d tackle them to effectively achieve your goals, drawing reference to your previous experience.

It’s easy to get caught up in the idea of a role and neglect to think about the practicalities of it, including how it will fit in with your life.

For example, if a role requires a long commute, don’t tell the hiring manager that you’re fine with this until you’ve tried and tested it. If you find the drive to the interview hard, consider how this would impact you daily before committing to it. Also consider asking about the possibility of remote or flexible working, as more pharma companies are now offering this.

Desire to Work for the Company

Show your desire to work for one specific company over another in the industry, without saying things like ‘I’ve always wanted to work for you,’ as hiring managers will have heard this countless times, so even if this is true, you won’t sound genuine.

Instead, explain how the company’s goals and values align with your own, and why you would thrive in that particular working environment.

Lying about your personality and the way you work will only make your job harder if you’re hired. For example, if you find working independently difficult, don’t tell hiring managers that you love working this way in hopes of being hired for an independent role until you’ve thought about how well you could work in this environment.

If it’s something you’re willing to work on and adapt to, then explain this to hiring managers instead of lying in the hopes of being hired and left to it.

Although tempting, lying in a job interview is completely unnecessary, and won’t help you to secure a job that’s well suited to you.

Remember to do extra research on the areas you’re lacking in before your interview and be prepared to talk about your plans to overcome them. Showing this proactive approach to your professional development will certainly make a better impression than getting caught up in your own net of lies will!

Visit PharmiWeb.Jobs for more advice on pharma job interviews or to start searching for your next pharma role.