10 Common Job Interview Lies and How to Spot Them 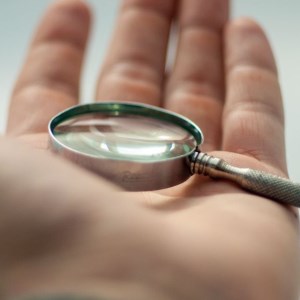 One of the most frustrating things for pharma recruiters and hiring managers is to hire a candidate who appears to be perfect for a role, only to later find out that they lied in their application, making them a lot less ideal - and even less trustworthy - than they originally seemed. To help you to identify lies or exaggerations in job applications and interviews before it’s too late, we’ve outlined some of the most common lies that candidates tell, along with advice on how to spot them.
Editor: Lucy Walters Last Updated: 16-Mar-2022

One of the most frustrating things for pharma recruiters and hiring managers is to hire a candidate who appears to be perfect for a role, only to later find out that they lied in their application, making them a lot less ideal - and even less trustworthy - than they originally seemed.

To help you to identify lies or exaggerations in job applications and interviews before it’s too late, we’ve outlined some of the most common lies that candidates tell, along with advice on how to spot them.

Candidates might inflate their previous salary in hopes of getting paid more in their new role, and luckily this is a lie that’s easier to spot than most.

If you’re in the UK, a candidate’s previous salary will be shown on their P45, and for other countries this will be shown on a similar tax document too. You should also make sure to have knowledge of the salaries that similar companies within the Life Sciences industry are offering, especially those of your competitors, to prepare for a realistic salary negotiation if the candidate gets to this stage.

Candidates may also exaggerate their accomplishments in previous positions, often believing that as these aren’t always documented, they’re easy to lie about.

If you’re suspicious of some of the accomplishments a candidate has listed, or if you genuinely want to know more about them, consider asking the following questions:

If a candidate’s accomplishments are real, they’ll know the answers to these questions and be able to demonstrate the impact of their achievements.

Extending employment dates to fill in gaps or inflating the hours worked in a role to give the illusion of more experience isn’t uncommon.

When asking a previous employer for a reference, make sure to cross reference the dates the candidate has given you with those they actually worked. Prior to this, you could also look at the dates listed on LinkedIn if they have a profile, as they’re unlikely to lie so publicly about the details of their employment.

A lot of candidates will be tempted to lie here if they left their last job on bad terms, and don’t want to present a bad impression of themselves to hiring managers.

When contacting a previous employer for a reference, try contacting them over the phone before emailing them, as you might be able to get a better idea of the impression your candidate left on them through speaking to them directly and listening to things such as their tone of voice. They may also share more about the situation than they perhaps might have over email.

Candidates may lie about this if they don’t hold certain qualifications that are required for the role in the hope that they won’t be checked.

Make it clear in your job adverts and descriptions whether a certain qualification such as a degree within Life Sciences is an essential or desirable requirement, and that candidates will be required to provide evidence of their qualifications if necessary.

Also, whilst you can verify their education yourselves, you could also ask questions about certain courses that a candidate has studied to find out more about their level of understanding in certain areas, beyond what grades they might have achieved.

Using fake references is more common than you might think, especially if a candidate didn’t leave their last role on good terms.

When looking at references, look out for things such as personal email addresses and mobile numbers, and even check a referee out on a platform such as LinkedIn to see if they’re actually linked to the company in question.

You could also do some research of your own on the company to see who the point of contact is most likely to be, and check that the referee your candidate has given is relevant to the role they worked in. For example, a referee who works in a completely different department to your candidate is unlikely to be able to vouch for their work ethic as well as someone who worked directly with them could.

Candidates might be tempted to copy and paste the required skills listed in a job description into their CV, despite not actually holding them, to make themselves more desirable. As these lies aren’t so easy to detect, consider doing the following in an interview:

Asking candidates to contextualise their skills like this is a good way to assess whether or not they’re lying about their abilities.

If you’ve been in recruitment for a while, you’ll likely have heard the following responses to the question ‘What is your biggest weakness?’

These questions are more likely to be answered honestly as they give candidates the opportunity to talk about how they’d like to develop instead of simply identifying negative things about themselves.

Whilst it’s possible for a candidate to genuinely love a task that everyone else hates, most of the time they will lie about how much they enjoy the less exciting parts of the role to show their dedication. Whilst it’s good to show this, you need to make sure a candidate has actually thought about these parts of the role, and is prepared to tackle them, so lying about their passion isn’t helpful.

Instead of asking candidates if they are okay with the less exciting parts of the role, rephrase your questions to find out how they would actually approach them. For example, if a role contains a lot of repetitive tasks, ask the candidate how they would stay motivated when completing these.

Desire to Work for The Company

‘I’ve always wanted to work here’ is another very common lie told by candidates. Even if it’s true for some, you’ll likely have heard it so many times that it no longer sounds genuine.

When assessing a candidate’s desire to work for you, consider asking them what they understand about your values and your mission, why they want to join you at this particular time, and what they hope to contribute to the company. This will help you not only to understand their desire to work in the role, but also to see if they fit in with the company culture.

An Interview is Not an Interrogation…

Remember that whilst asking for more detail and context in a candidate’s answer is a good way to spot clear lies or exaggerations, the interview shouldn’t feel like an interrogation. Ask further questions in a way that shows interest rather than suspicion, and make sure to focus on the most essential requirements for the role.

Visit PharmiWeb's Recruiter Blog for more tips and advice on recruiting within the Life Sciences, and to stay up to date with the latest industry news.