A Very Human Response to the Recession 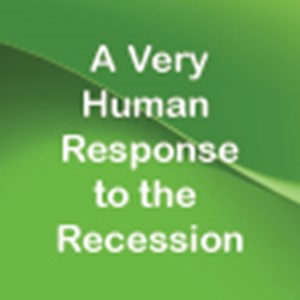 With every challenge comes a new opportunity. Indeed, if we are to believe the results of a recent international workforce survey by Kelly Services, while the global economic recession has produced troubles a plenty, it has also evoked a new found sense of entrepreneurialism as workers look to adjust to changing employment models and to respond to new challenges in a very human way.
Last Updated: 27-Aug-2010

With every challenge comes a new opportunity. Indeed, if we are to believe the results of a recent international workforce survey by Kelly Services, while the global economic recession has produced troubles a plenty, it has also evoked a new found sense of entrepreneurialism as workers look to adjust to changing employment models and to respond to new challenges in a very human way. Through organic change and adjustment.

According to findings in the Kelly Global Workforce Index, which recorded the views of over 130,000 people in 29 different countries, as economic recession has dictated fewer concrete opportunities in traditional lines of employment, people have increasingly begun to look to alternative models. Namely, according to the Kelly survey, one in five people worldwide are now working as free agents – and outside traditional fields of employment. And while the trend is perhaps unsurprisingly most pronounced in North America, the results also hold up throughout Asia Pacific and Europe too - with figures of 26%, 19% and 17% respectively. Commenting on the results, Kelly Services Executive Vice President and Chief Operating Officer, George Corona, said that "The economic downturn has resulted in a new way of thinking about careers and job security. Many people have watched their jobs disappear and now want to do something that puts them in more control of their career”.

However arguably of most interest, and with demographic differences in mind, these results predict a new wave of independent-minded, free thinking, self-employed workers for a 21st century employment environment. Specifically then, while the so-called baby boomers consistently came out as the leading group in terms of ‘free-agent’ status, it was younger workers - within the 18-29 yr old bracket – that said they were most likely to start a new business. For example in Europe, while 28% of respondents between the ages of 18-29 said they planned to start a new business, only 20% of people between 30-47 said they had plans to do so, with the baby boomers lagging behind on 15%.

Yet in addition to predicting a new wave of positive entrepreneurialism and market flexibility amongst younger workers, the figures also demonstrate the lengths to which more experienced workers have gone in order to market their skills and preserve their interests. In fact, while younger workers said they were more likely to start a new business, it is the baby boomers who are leading the way in non-traditional reforms of employment, with 28% of 48-65 year olds describing themselves as ‘freelancers, consultants, independent contractors or free agents’. The numbers from Europe are slightly more balanced, with only 21% of baby boomers describing themselves as ‘free agents’, compared to 17% of 30-47 year olds. Nevertheless, it is clear that younger workers are not the only ones to have developed positive responses to recession, with older workers (48-65 year olds) describing themselves as more likely to have the necessary skills to enable them to pursue self-employment (55%), as well as to enable them to start up a new business (54% compared to 40% of 18-29 year olds). “These are often people with many years of experience, who may have been displaced and who have taken an entrepreneurial approach to marketing their skills”, said Corona, adding that “Many of those who lost their jobs as a result of the global economic crisis have had to reinvent themselves as independent contractors, freelancers and consultants”.

Be that as it may, and regardless of the otherwise impressive and confident strides towards independence and self-employment, these results also shed some light on the still considerable obstacles and pressures against greater self-employment. Namely, uncertainty of income, lack of support, cost or availability of healthcare and risk of failure all played considerably on the minds of those considering a move towards non-traditional forms of employment. In terms of regional variations, where workers in Europe stated the main factors preventing them from becoming more independent as ‘uncertainty about income, lack of support, and risk of failure’, their counterparts in North America were most concerned about instruments of social support such as the cost and availability of quality healthcare. A narrative that speaks strongly to the necessity of the reforms passed through the U.S. Congress earlier in the year. In the words of the study itself: ‘For all age groups, the main factors preventing a move to greater independence is uncertainty about income, while younger workers are also concerned about the risk of failure, and older workers worry about the cost of healthcare’.

So while on the one hand indentifying an extremely positive and progressive move towards the conditions of the 21st century employment market – as well as demonstrating an extremely organic and human response to the challenges of recession – this survey also serves of a reminder of the still considerable barriers to employment independence. Yet for both angles, such studies only serve to improve our understanding and stimulate necessary adaptation. For this alone, such reports must be welcomed.