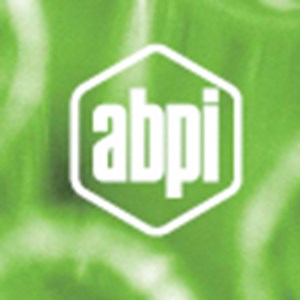 Top-ups are a prime example of the inequalities that exist within the UK’s healthcare systems. We believe that they are not only discriminatory but also unnecessary.

The notion that there is not enough money to pay for new medicines is wrong. Medicines are making up a smaller and smaller part of the overall NHS budget.See Figure 1. (Source:PPA, ONS, DH, NAW, ISD, IMS dataview). In 2007, medicines accounted for just 9.9 per cent of the overall budget. See Figure 2. (Source: OHE compendium)

While people in the UK are being denied access to modern medicines that enhance and prolong life, they are readily available in other European countries, where prices and spending are higher. In 2007, the UK spent £195 per head on medicines compared to France where they spent £322 and Belgium at £263. See Figure 3. (Source: IMS,OECD, ONS)

New medicines are affordable in the UK. Over the next four years, seven out of the top 20 medicines are going off patent and will be replaced by generic copies. That will lead to a huge change in current spending patterns and we estimate that by 2012 the Department of Health (DH) will save £2.9bn – more than a quarter of the NHS’ annual medicines bill of £11bn. See Figure 4. (Source: APBI, DH)

According to our analysis, this will provide a massive contribution to covering the cost of new medicines coming on to market, even taking into account an ageing population.

To provide some context, the annual cost of introducing the four kidney cancer medicines recently rejected by NICE (Roche's Avastin, Bayer's Nexavar, Pfizer's Sutent, and Wyeth's Torisel) would be less than one per cent of the money saved over the next four years, and would allow 4,000 people access to the best new medicines.

We believe a major barrier to access is the way NICE makes it decisions and the criteria it uses. It is much too narrow and they need to take a broader view on the value that medicines bring to society. (An example of this is this original NICE guidance on the use of Lucentis.) A review is required.

The pharmaceutical industry has been flexible in finding ways to ensure patients have access to life-enhancing new treatments. (Again, the Lucentis example and its final acceptance by NICE is a case in point.) We believe we will see companies offering more patient access schemes in the future. This will have to be done on a case-by-case basis and will be the exception and not the rule. Patients deserve access to the best available medicines. Achieving this requires flexibility from NICE as well as the people who make medicines.