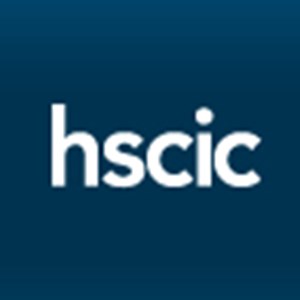 Analysis showing the extent to which the NHS is prescribing NICE recommended medicines is published today.
Last Updated: 21-Jan-2014

*HSCIC must be quoted as the source of these figures

Use of NICE-appraised medicines in the NHS in England – 2012, experimental statistics is published by the Health and Social Care Information Centre (HSCIC) and reports on the use of medicines that have been appraised by NICE (National Institute for Health and Care Excellence) as an option for the treatment of a disease or condition.

This is the fourth in a series of reports which covers five years in total. Today’s report also contains additional analysis to allow the inclusion of medicines for which an expected level of usage cannot be calculated, for instance because it is not possible to reliably estimate the number of eligible patients or average dose. This additional analysis provides data on 36 medicines in 18 therapeutic groups presenting variation in usage over time by Area Team or Clinical Commissioning Group.

The report contains an analysis which compares expected with actual use2for 18 medicines in ten groups3. It showed usage to be lower than expected for four groups of medicines, higher than expected for two and around the expected level for three. For one group, treaments for Hepatitis C, it was not possible to develop an appropriate estimate. However, use of all these groups of medicines in the NHS has risen over the last few years. When interpreting these figures it is important to note that higher or lower usage may occur for a variety of reasons and is not necessarily a sign of ‘under’ or ‘over’ prescribing.

The drugs whose use was higher than expected were:

The drugs whose use was lower than expected were:

The drugs whose use was around the expected level were:

The report is commissioned by the Department of Health and produced in collaboration with NICE and with the involvement of the pharmaceutical industry4.

The full report is at: http://www.hscic.gov.uk/pubs/niceappmed12