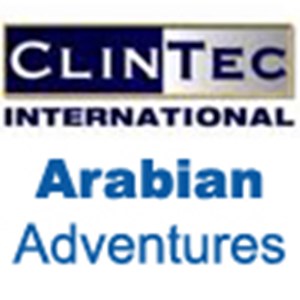 Recently, there has been a definite increase in the potential for investment in the clinical trials sector in the Kingdom of Saudi Arabia (KSA). Certain reforms in the sector such as the establishment of the Saudi Food and Drug Authority (SFDA)and the growth of the local pharmaceutical and healthcare industries, in combination with the growing importance of data from different races or ethnic populations, have made KSA an attractive country for conducting clinical trials. In the last decade, ethnicity and socio-economic differences in relation to disease incidence, diagnosis and prognosis have attracted attention. The inclusion of ethnically diverse populations in clinical trials is important to elucidate the mechanisms of pathophysiology and optimally target therapeutic responses. KSA is one of the largest and wealthiest of the Gulf Cooperation Council (GCC) states and over the past year has received considerable foreign investment. A recent report by the United Nations Conference on Trade and Development (UNCTAD) ranked KSA amongst the top 10 most attractive countries in the world for foreign direct investment (FDI). KSA currently ranks as the eighth largest recipient of FDI worldwide – amounting to an estimated $35.46 billion – which is mainly due to the increasing strength and stability of its economy (1).

The KSA pharmaceutical market is one of the richest in the Middle East and represents 65 per cent of the $2.7 billion GCC pharmaceutical market. Eighty to eighty-five per cent of the drugs are imported and the remaining proportion is manufactured by local pharmaceutical companies within KSA. The KSA healthcare market was valued at approximately $18.4 billion in December 2007 by the National Commercial Bank. Moreover, it is estimated that the demand for the healthcare service will increase rapidly over the coming years as a result of the rapidly growing population, compulsory health insurance benefits for expatriate workers and increased prevalence of particular diseases.

Although KSA is currently ranked below the United Arab Emirates in terms of pharmaceutical attractiveness, it has large domestic demand from a population exceeding 25 million, and is currently rated as a country with high potential for long-term domestic pharmaceutical spending growth. The SFDA was recently established as the body to govern the regulatory affairs of KSA, and acts as an independent body with the objective of ensuring the safety of human and veterinarian food and drugs, biological and chemical substances, as well as electronic products within the country (2). With the enforcement of rules and regulations by the SFDA, pharma companies are looking to increase their investment in clinical research. With the establishment of SFDA, KSA has improved its credibility as a clinical trial destination. Indeed, KSA has now issued its own regulatory guidelines to be adhered to (in addition to international ICH-GCP guidelines) by all pharmaceutical companies, local professionals and contract research organisations when conducting clinical trials in KSA.

Currently, www.clinicaltrials.gov lists over 120 studies registered in KSA, of which 51 are ongoing, 42 are completed, 20 are active but not yet recruiting, eight are not recruiting trials and one is approved for marketing (3).

In the drug development process a large number of variables must be accounted for when interpreting a drug’s response, including patient demographics, use of concomitant medications and comorbidities. The ever-growing focus on race and ethnicity in clinical trials has meant that pharma companies are now looking to conduct trials in countries to study differences in drug effects that may be attributable to social factors, genetics, environment, lifestyle, comorbidities and complex interactions among these factors. Genetic characterisation plays an important role in understanding population variation in disease patterns. Pharma companies have realised the importance of data from different races or ethnic population for optimisation of disease management. In addition, pharmaceutical companies have also realised that marketing the trial product in different countries and knowledge of the effect of ethnic diversity will be invaluable. As regulatory agencies more frequently demand ethnic diversity within a clinical trial, pharmaceutical companies must ensure an adequate geographical spread with a varied demography to satisfy this requirement.

Many pharma companies are looking to invest in clinical trials in KSA due to the numerous benefits, which include access to large treatment-naïve populations, cost efficiency and good quality sites. Hospitals in KSA have increasingly good infrastructure and the doctors at many of these hospitals have experience as principal investigators in global clinical trials. King Faisal Specialist Hospital and Research Centre is an 894-bed multi-entity tertiary care hospital and is one of the leading healthcare institutions in KSA, providing specialised medical services and promoting medical research and education programmes. Other hospitals with good infrastructures include King Abdul Aziz Medical City, Riyadh Armed Forces (Military) Hospital, King Fahd National Guard Hospital and King Khalid University Hospital. These hospitals are the first choice for trials in KSA for most pharmaceutical companies because of their excellent infrastructure and the qualified and experienced staff.

Major lifestyle changes in recent years in KSA are leading to physical inactivity and a low level of physical fitness. As a result, coronary artery disease (4), obesity (5) and diabetes are on the rise in KSA. With reference to noncommunicable diseases that are on the rise in KSA, Aljoharah et al discuss their association with unhealthy lifestyles and behaviours and how modification of barriers to healthy lifestyle can produce great benefits (6). The objective of this study was to identify barriers to physical activity and healthy eating among patients attending primary healthcare clinics in Riyadh city. The authors concluded that the lack of resources was the most important barrier for physical activity, while lack of willpower and social support were both barriers for adherence to physical activity and a healthy diet. Due to a high rate of consanguinity, many genetic disorders such as sickle cell anaemia, thalassaemia and Gaucher’s disease are prevalent in KSA (7). Epidemiological surveys have also shown that respiratory allergic diseases are increasing in prevalence (8).

Setting up and successfully completing a trial is challenging in a country relatively new to clinical research. Thorough knowledge and expertise in KSA is required to meet its various challenges. Of these, sound knowledge of ethics committees and SFDA submission requirements and investigational medicinal product import considerations are paramount – both of which can be greatly assisted by employing local regulatory experts. Building sound working relationships with local regulatory authorities can also be of benefit, expediting the start-up process. It is also important for the sponsor to consider designing clinical trials inclusive of the specific needs of an ethnically diverse population and work with physicians able to facilitate patient recruitment. Religion and local culture should also be considered when conducting clinical trials in KSA. Islam provides a great deal of guidance for health promotion and disease prevention, such as guidelines for genetic components of the research, which can greatly affect a clinical trial (9). Another important factor is the acceptance of women providing informed consent, although current laws do not differentiate between men and women in this respect. Indeed, the legal medical board of Riyadh states that a mentally healthy woman of legal age has the right to accept or decline the opportunity to participate in a clinical trial. This consenting process is done in the presence of a healthy volunteer who also signs in the informed consent form (10).

KSA is home to people of Arab ethnicity who have retained their cultural identities but have over the past years become open to collaborating in international research. As a relatively new country to clinical research, operating in KSA is challenging and a number of regulatory and cultural aspects must be considered. As pharmaceutical investment in KSA continues to grow, the frequency of clinical trials is expected to increase, further establishing the country as a major location for the conduct of clinical research.

Rani Abraham is ClinTec International’s Associate Director for Regulatory Affairs and Operations and has over 13 years’ experience in the clinical research field. Prior to joining ClinTec, Rani worked as a CRA for global pharmaceutical companies and as a medical research coordinator for the Dubai Health Authority as a member of the Medical Research Ethics Committee and holds a certificate in GCP from the Thrombosis Research Institute, London. Rani gained her MSc in Pharmacy, graduating in Immunopharmacology and Cancer Chemotherapy from the MAHE University, India, and is a member of the Pharmacy Council of the state of Kerala.