Back British biotech by improving the clinical trials process 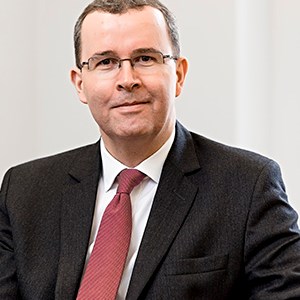 The UK has a thriving life sciences sector. With three of the world’s top ten universities in the field – Oxford, Cambridge and UCL – plus prominent bioscience clusters in other British university cities such as Nottingham and Cardiff, UK research accounts for 12% of all life sciences academic citations worldwide (and nearly a fifth of the top 1% of these).
Editor: PharmiWeb Editor Last Updated: 07-Sep-2020

The UK has a thriving life sciences sector. With three of the world’s top ten universities in the field – Oxford, Cambridge and UCL – plus prominent bioscience clusters in other British university cities such as Nottingham and Cardiff, UK research accounts for 12% of all life sciences academic citations worldwide (and nearly a fifth of the top 1% of these).

At the same time, the UK performs well at converting academic prowess into start-ups. Around two-fifths of UK biotech companies have been spun‑out from British academia, and according to the latest Global University Venturing report the UK is home to five of the world’s top ten universities as measured by the value of capital raised via their spin-out start-ups.

However, dig a little deeper and there is a worrying statistic from an investor’s perspective that discourages participation and prevents British biotech achieving its potential.

Specifically, only 8% of oncology agents that complete phase I of clinical trials go on to achieve licensing in phase II or III, and similarly low success rates are seen in other areas.

Now this is of course partly because some agents will have been found to not work. But another reason is that the companies developing these drugs cannot raise the money to continue the lengthy and capital-intensive phase II/III clinical trials.

So how can we address this? Not by making clinical trials easier to pass. Safety and efficacy are paramount. Instead, we should make clinical trials more targeted so that failures happen quickly and cheaply. In this way, investors will be able to limit their losses and spread their investments rather than be tied to companies limping through trials for 10-15 years.  Potentially, drug candidates that fail one trial could be repurposed for another and investors might have a second chance to make a return.

There are several ways in which this could be achieved.

A striking feature of clinical trials is that their endpoints can have only partial relevance to the patient outcomes that they are intended to indicate.  This is particularly the case if a disease is to be managed by a drug rather than cured and if there are significant differences in the profiles and circumstances of patients. The need to establish and target a conventional endpoint inevitably requires smaller biotechs to balance patient size and time with the available financial resources.

Cliff Holloway, CEO of one of our portfolio companies Scancell Holdings plc, notes the emergence of adaptive trial designs.  Unlike traditional trials, these use accumulating data to modify the ongoing trial without undermining its integrity and validity. As a result, adaptive designs offer flexibility and efficiency. The designs have the potential advantages of improving the study power and reducing sample sizes and the total costs.

Consequently, companies can focus on what is working and abandon what is not.  Such trials will still require substantial funding, but investors are more likely to commit if they feel that trials can move on quickly from toxicity studies to endpoints that really matter – whether a drug is going to improve patients' lives.

Recent clinical advances mean that trials can target patient populations more precisely.  It is possible to make greater use of biomarker profiling and disease analysis. For example, patients exhibiting a particular biomarker might be most relevant to a study and the eventual application of a drug.  If this becomes evident, it might be possible to reduce average patient populations and shorten the time for drug development.

If there is one positive from the recent lockdowns, it is surely the advances that have been made in remote working. This has been extended to GPs in the NHS. In the same way, it might be possible for patients to self-administer prescribed doses of a drug and to provide feedback online, particularly if telemetric devices can be deployed.

By moving to virtual or semi-virtual trials, we could open up recruitment to a much wider array of patients who might otherwise have been put off having to make the physical journeys involved in previous studies. In turn, this holds out the prospect of recruiting precisely those patients who have the right genetic profile from the broader population thus speeding up the trials process.

Finally, similar to the advances in remote working, the methods of data analysis and communication have reached the point at which collaboration between companies undertaking trials around the world is possible.

Indeed, COVID-19 has been a spur to an extraordinary degree of cross-industry global co-operation. Crucially, such partnership means that rather than needlessly duplicating each other’s work, companies can learn from each other and pursue the most promising clinical leads.

If this can be done for coronavirus, it can be done for other areas. The economies of scale that are now possible mean that we could speed up clinical trials, reduce costs and ultimately develop and deliver to patients the drugs that they need.

The positive news is that UK biotech has – with Government support – already been demonstrating its flexibility, speed of action and capability in developing a vaccine and treatments for COVID-19.  If we apply ourselves to improving clinical trials, there is no reason why we cannot see similar advances in other fields, with a double dividend to the UK – a healthier and wealthier nation.

About Andrew Boyle, CEO of LGB

Prior to founding LGB & Co., Andrew was a Managing Director at Citigroup Global Markets, where he was responsible for its fixed income business with private banks and retail institutions. Earlier in his career Andrew worked at Schroders in London and Tokyo. Andrew graduated from Oxford University with a degree in Modern History. He is a chartered member of the Chartered Institute for Securities & Investment.