Cardiovascular safety of vildagliptin, sitagliptin and others in the new DPP-4 inhibitor class of antidiabetic agents 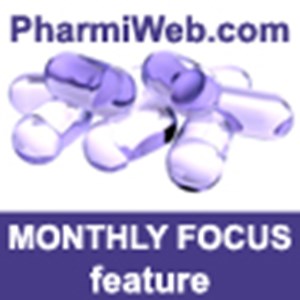 The new oral antidiabetic drugs sitagliptin and vildagliptin work by boosting the gut’s incretin hormones GLP-1 and GIP to regulate insulin secretion following food intake and glucagon secretion when blood sugar is low. Their action seems to be merely to enhance a natural process. However, given concerns about the impact of other oral antidiabetic drugs on the heart, clinicians and patients are asking what impact, if any, DPP-4 inhibitors have on cardiovascular disease.

Over the past couple of years, the link between antidiabetic drugs and heart disease has been a hot topic. There have been questions over the possible increased risk of myocardial infarction (MI) with use of the thiazolidinedione (TZD) rosiglitazone raised by Dr Steve Nissen’s meta-analysis in the New England Journal of Medicine; a focus on the heart failure increase associated with use of rosiglitazone and another TZD, pioglitazone, and more recently the issue raised by the ACCORD trial of how intensive blood glucose control in general, resulting in hypoglycaemia, might combine with abnormalities of the diabetic heart to increase susceptibility to fatal heart attack (1,2,3). It is not surprising then that supplying evidence of cardiovascular safety, or at least reassurance of no untoward signal of cardiovascular risk, is being talked of as a sine qua non for newer antidiabetic treatments (4). Traditionally around 70 per cent of patients with Type 2 diabetes on older treatments have succumbed eventually to a cardiovascular disease so newer treatments that have a heart-neutral or cardioprotective profile are what clinicians want for their patients.

In July this year, the Endocrinologic and Metabolic Drugs Advisory Committee (EMDAC) of the US Food and Drugs Administration (FDA) met to decide on whether or not data on long-term cardiovascular safety should be required for new and existing therapies for Type 2 diabetes. An article by Dr Allison Goldfine, a member of the EMDAC, was published in the New England Journal of Medicine in September which points out that cardiovascular and other long-term risks of many classes of antidiabetic agents, not just new ones, remain poorly characterised, making it difficult for clinicians to make an informed treatment choice, particularly for patients who already have established heart disease (4).

Cardiovascular outcome trials are not required at time of approval for diabetes drugs since these would be expensive to conduct and would take years to perform, delaying the development and availability of new agents, she acknowledges. “Yet delay in obtaining these data could put many patients at undue risk and physicians and patients must choose drugs without knowledge of the risk/benefit balance”.

One proposal discussed by EMDAC was for a two-step process to evaluate the cardiovascular safety of new diabetes drugs. Step 1 would require a randomised cardiovascular-event-driven trial, before approval, to rule out unacceptable risk. This would need to be performed in a very high-risk population, such as patients who have already had an MI, an acute coronary syndrome, or undergone bypass-grafting or stenting, Dr Goldfine points out. Step 2 would require a longer, larger trial after approval to establish safety more clearly. The drawback of this approach is that the patient population to be used is the one least likely to be able to survive a serious unforeseen cardiovascular adverse event from a relatively untested product. Unless preliminary data suggest the possibility of a cardiovascular risk benefit from the new agent, the strategy is deemed too risky to perform, she notes.

The best compromise suggested appears to be for companies marketing new antidiabetic drugs to supply meta-analyses of safety data from all phase II and phase III pre-approval trials. Setting an upper limit for the hazard ratio in an integrated set of data would provide an important first safety measure. Where an unacceptable cardiovascular risk signal was detected, further evaluation would be required before approval. Thereafter, writes Dr Goldfine, “The FDA could require manufacturers to submit a design for a cardiovascular-safety trial and ongoing progress reports to obtain and maintain a drug’s approved status: failure to achieve milestones might lead to restriction or withdrawal of approval.” She concludes that treatments with data on long-term safety should be preferred until information becomes available from hard-outcome trials. She suggests also that information on how drugs affect lipid levels, blood pressure and platelet aggregation, “which together can dramatically reduce the rate of cardiovascular events” should be considered when deciding on what constitutes optimal therapy.

Cardiovascular safety of the DPP-4 inhibitors

The newest class of oral antidiabetic drugs are the dipeptidyl peptidase-4 (DPP-4) inhibitors. Some diabetes experts are already suggesting these as agents of choice when cardiovascular health, or the possible effects of hypoglycaemia are a worry (5). In the UK, the National Centre for Health and Clinical Excellence (NICE) has issued draft guidelines proposing their use as second-line therapy for this reason. However, there have as yet been no specific prospective trials evaluating the impact of DPP-4 inhibitors in patients with established heart disease or cardiovascular risk factors. So what is the evidence that they are any more cardioprotective than older drug classes?

There is evidence to show DPP-4 inhibitors do not cause serious hypoglycaemic events (6); so from that aspect they should theoretically avoid the risk to the heart observed in ACCORD. As a class, DPP-4 inhibitors are also regarded as weight-neutral and are not associated with fluid retention and heart failure (6). As yet however clinicians can only look to retrospective pooled safety data from clinical trials and any post-marketing surveillance data for reassurance.

Two DPP-4 inhibitors sitagliptin (Januvia, Merck) and vildagliptin (Galvus, Novartis) are marketed currently. Two more, saxagliptin (AstraZeneca/Bristol-Myers Squibb) and alogliptin (Takeda), have filed for regulatory approval. Vildagliptin has the most clinical trial data with over 13,000 patients exposed to the drug, according to Novartis. Sitagliptin, has less clinical trial experience but more patient exposure with 6 million scrips written for the drug according to Merck. Saxagliptin has been evaluated in phase III clinical trials involving around 3000 patients and alogliptin in around 2000. Most clinical trials have run for six months or less although a few have followed patients for 1 to 2 years. So far none has had cardiovascular, or cardiovascular surrogate marker, endpoints although data are available from some trials on effects of treatment on blood pressure and lipids.

Both Merck and Novartis published pooled safety analysis data from clinical trials at the recent European Association for the Study of Diabetes (EASD) annual meeting held in Rome 7-11 September 2008 (7,8).


Vildagliptin
A study by Kothny et al on the cardiovascular safety profile of vildagliptin included data from 19 trials of up to 24 weeks duration, including 11 monotherapy trials and 8 of combination therapy with metformin, thiazolidinediones and sulphonylureas (7). Analysis included subcategories of pre-defined cardiac vascular, cerebrovascular and peripheral vascular events. Data from a total of 6063 patients exposed to vildagliptin (1469 on 50mg daily and 4594 on 50mg bd) and 5661 on placebo or comparator drugs (metformin, sulphonylureas and TZDs) were included. The majority of patients (>70%) were Caucasians with a BMI of 31, a mean disease duration of 4 years and a mean duration of exposure to vildagliptin of 21 weeks. The study shows the overall incidence of cardiovascular events for vildagliptin 50mg od and bd was lower when compared to placebo or all comparators combined (0.88% and 1.02% vs 1.15% and 1.29%). The same held for serious adverse cardiovascular events (0.54% and 0.54% vs 0.69% and 0.78%). Eleven myocardial infarcts (2 acute) occurred among patients taking vildagliptin; of these, 9 (0.2%) were in the 50mg bd group. Eight MIs (0.1%), including 3 acute MIs in the comparator group, occurred in the placebo and comparator groups combined. Nine patients of the 6000 on vildagliptin developed coronary artery disease compared with 16 of a similar sized group on placebo or comparator drugs. There were 6 CVAs in the vildagliptin 50m bd group (0.1%) and the same proportion (0.1%) in the placebo and comparator groups.

In the Cochrane review of the two marketed DPP-4 inhibitors, 25 studies were analysed – 11 of sitagliptin with 6743 patients randomised and 14 of vildagliptin with 6121 patients randomised (6). The review, which appeared prior to the safety analyses presented at EASD, included a thorough analysis of adverse events and highlighted nothing more than a small but significant increase in all-cause infections with sitagliptin treatment. The authors conclude DPP-4 inhibitors have some theoretical advantages over existing oral antidiabetic compounds but called for long-term data, “especially on cardiovascular outcomes and safety”.

No major trials of DPP-4 inhibitors looking at cardiovascular outcomes have been announced although there may be several small studies in academic centres, eg, a small study at the Karolinska Institute plans to investigate treatment in a small number of patients with MI or angina pectoris and another at Stanford University is looking at effects in patients with heart failure (9,10).

In the meantime, the DPP-4 manufacturers hold the position that there are no signals to cause concern about cardiovascular safety.