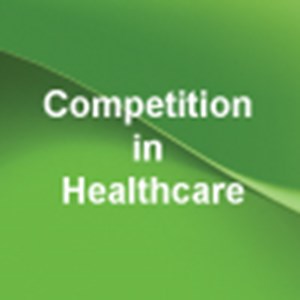 Since the very dawn of Western capitalism, competition has been synonymous with success. Indeed, in accounting for the past 500 years of Western ascendancy in the world, Professor Niall Ferguson of Harvard University points to six ‘killer apps’. The first of these, unsurprisingly, is competition
Last Updated: 25-Mar-2011

Since the very dawn of Western capitalism, competition has been synonymous with success. Indeed, in accounting for the past 500 years of Western ascendancy in the world, Professor Niall Ferguson of Harvard University points to six ‘killer apps’. The first of these, unsurprisingly, is competition.
However in the world of healthcare, this theory has faced more than its fair share of criticism. Doubtless, few sensible men would argue that healthcare has not benefitted from the entrepreneurial pressures of capitalism. And yet, when it comes to the productive application of these landmark discoveries, it’s also clear that the capitalist model has its weaknesses. The test bed for all these hypotheses? America.
Oft cited as the world leader in medical innovation, American predominance in healthcare innovation is almost indisputable from any angle. Under the metric of Nobel Prizes for medicine, for example, a 2010 study by the CATO Institute showed that over 60% of recipients between 1969-2008 hailed from the United States. Four of the six most important medical discoveries of the past 25 years as judged by physicians themselves? American. Conclusively then, when seen through the prism of raw innovation and discovery, competition and capitalism unquestionably work.
The story turns sour, however, when you turn to outcomes and the delivery of services. According to a 2005 study by researchers at John Hopkins University, the United States spends over 50 per cent more on healthcare than any other country in the world. Whilst you would therefore logically assume that the average American would receive a far superior standard of care, the reverse is actually true. For instance, compared to a median figure of 3.7 hospital beds per 1,000 residents in other world countries, the study found that the United States can only provide 2.9. And where the average for nurses (per 1,000 people) was 8.9 globally, the U.S. scored a considerably lower 7.9. Evidently, there is more than one problem with the current system for the delivery of healthcare in America. The current implementation of competition policy is however arguably one of them.
Thus, when it comes to defining the overall effects of competition on healthcare, the evidence unquestionably is mixed. The more topical question in the UK, is can true competition policy be successfully applied to the National Health Service (NHS)? The simple answer, it would seem, is yes. The whole story is somewhat more complicated. During the 1990s in England, a system of competition in the NHS did exist – both on the basis of quality and price. A subsequent study by Carol Propper and researchers at the University of Bristol demonstrated that the net effect of the reforms was actually an associated fall in quality. Conversely, the results of recent studies by the London School of Economics and others examining the impact of reforms implemented under the previous Labour government — including the introduction of patient choice and the system of payment by results (PbR) — prove more favourable. Critically, the latter system limits competition strictly to quality, with prices remaining fixed.
Indeed, perhaps this hits at the crux of the issue. It also begs questions of what really defines our National Health Service. For instance, is the NHS governed by the simple yet flexible principle of access to healthcare free at the point of use? Or is it instead defined by a rigid and inflexible system of publically owned local hospitals? Clearly, there is considerable potential for visceral thinking here. I would however argue that competition on the basis of a level playing field, with fixed prices and a common regulatory code is an inherently positive development for our health service. One of the greatest concerns raised by patients and politicians alike concerns the future of their local hospitals. Yet surely the answer is clear? If our local hospitals are really as good as we think they are, then we all have nothing to worry about. We’ll continue to walk through their doors and the introduction of competition won’t change that. The best hospitals will always stay in business. They won’t be competing on the basis of price and profit, but solely on the grounds of quality. Critically, regulators will be legally required to ensure that no community loses access to essential services at the hands of competition policy.
Dr David Bennett, head of the economic regulator, Monitor, predicts marked growth in the use of private and charity backed providers in the coming years. Speaking to the BBC, he said that “Anyone who can provide high quality care, think of new ways of doing things, give benefit to patients should be able to participate”. He added that “…over time I think you'd expect to see more players emerging - new types of public sector providers, voluntary sector providers, private sector providers”. At the opposing end of the spectrum, Hamish Meldrum, Chairman of the British Medical Association (BMA) cites the introduction of greater competition in the health service as central to his objections to the government’s reforms. "They're going to be encouraging competition, almost like was done in the gas and electricity industries, even the railways in terms of breaking up the NHS into a lot of private providers”. The successful application of competition in our health service, it seems, still hangs in the balance.