Competition in the Health Service 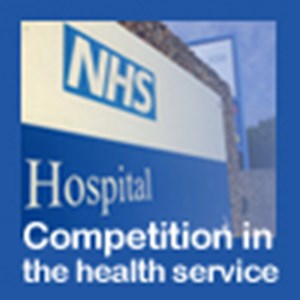 As the new Conservative-led coalition finally begins to settle down to the task ahead, questions of policy detail are increasingly replacing the brouhaha of election-time buccaneering and healthcare policy and the NHS are no exceptions to the rule – particularly in the case of competition policy.
Last Updated: 27-Aug-2010

As the new Conservative-led coalition finally begins to settle down to the task ahead, questions of policy detail are increasingly replacing the brouhaha of election-time buccaneering and healthcare policy and the NHS are no exceptions to the rule – particularly in the case of competition policy.

Indeed, while the coalition insists that it is standing by the Conservative pledge to ring-fence spending on healthcare - and while the party and now the coalition has done a lot to repair its previously questionable reputation on the National Healthcare Service - there is nothing either tame nor shy about the government's plans for reform of the sector. Be it partially elected primary care trusts or an independent commissioning body, change is most definitely on the horizon. Back in 1997 Tony Blair summed up his plans for government with three simple words: 'education, education, education'. If the new government’s healthcare policy could be summed up with similar three word repetition, it would undoubtedly be 'competition, competition, competition'. And yet when compared to some of the policies of the previous government, Conservative-Lib Dem proposals for NHS reform may not be quite as revolutionary as their press conferences suggest.

Indeed in the case of competition policy, there seems to be considerable spillover between the ideas of both current and previous governments – at least in principle. During their long period at the helm of the nation’s healthcare system, Labour saw competition and choice in the NHS as one of the key elements of its healthcare strategy. Indeed, Blair's wish to allow patients to choose their hospital was absolutely central to their ideas. Hence, as the new government starts to outline its own commitment to competition in the health service, important questions must be asked. Specifically: what has competition policy done so far for outcomes and can it improve the standard of care in the future?

In a recent report by leading healthcare think tank, The King's Fund, experts suggest that while patients undoubtedly crave choice in the system, the current system is still far away from delivering any of the real tangible objectives in terms of improving quality or increasing market competition.

Specifically, the report suggests that while 75 % of patients would like to exercise some choice over where they are treated, only half recall being offered a choice by their GPs. In other words, right now the system operates on the basis of GP referral and not on the grounds of informed, information or data driven consumer choice. Here again, the study highlights the lack of performance data used by patients in coming to a decision. Yet in reality, the only way that real competition will ever flourish in the NHS is if patients are successfully encouraged to make use of the relevant performance data by their GP, and if providers are compelled to compete for patients directly and not in-directly. Without this, no real or meaningful competition pressure can be exerted on providers. Here, the new government’s promise to allow patients to register with any GP in the country, and not just their local one, may prove to better engage patients with the performance-based data available. However the British Medical Association warned that such a move could prove incredibly expensive.

Commenting on the findings, the report’s main author, Anna Dixon of The King’s Fund, admitted that while patients 'clearly value' the right to choose, 'choice does appear to be having an indirect effect on quality by motivating providers to maintain their reputation in order to avoid losing patients. But the reluctance to implement choice among GPs and little use of performance data by patients suggests there are still a number of significant challenges that need to be overcome if the policy is to be implemented as policy-makers originally envisaged.'

So, while it might be a stretch to call the new government’s approach to healthcare ‘revolutionary’ in all of its facets, it is certainly true that a real sense of change is coming. Importantly then, how does current government’s policy prescriptions weigh up against some of the key concerns outlined by The King’s Fund’s report and others? At least in one area, the signals are positive. Where the evidence suggests limited patient engagement with performance data, Health Secretary Andrew Lansley is said to be ‘unpenitent’ in his desire to publish more and more information about hospital and GP performance and to encourage patients to make proper use of it. At least in one regard, then, there is reason to be hopeful.