Crises can’t be dealt with until they are recognised 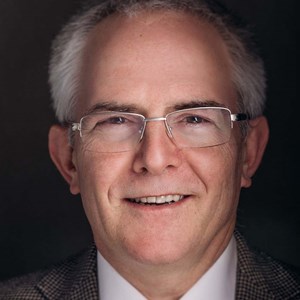 If a crisis is recognised, it can be a powerful accelerator of change. But do we always spot a crisis when we see it? Often there needs to be a key event (or series of events) to highlight the situation and signal that a turning point has been reached. Here are three crises—two that have been widely seen, and a third that needs more attention.
Editor: Hayley Chabilan Last Updated: 05-Jan-2022

Crises can’t be dealt with until they are recognised

If a crisis is recognised, it can be a powerful accelerator of change. But do we always spot a crisis when we see it? Often there needs to be a key event (or series of events) to highlight the situation and signal that a turning point has been reached. Here are three crises—two that have been widely seen, and a third that needs more attention.

A $100 million dollar joint initiative between the National Cancer Institute (NCI) and National Human Genome Research Institute, the aim of The Cancer Genome Atlas (TCGA) project (Blow, 2009) was no less than to interrogate the genome of cancer. To achieve this, the project required a large number of tumour samples for genomic sequencing analysis. Initially the plan was to collect 1500 samples from four to six collaborating clinical centres that had expressed enthusiastic support. The collection was coordinated by a pathologist called Carolyn Compton, who was director of the Office of Biorepositories and Biospecimen Research (OBBR) at NCI. What she found was that based on histological quality control only a tiny fraction of the samples offered were suitable. Almost 99% of samples were rejected because they were too small, not enough tumour present or lacking normal control tissue. As a result, OBBR needed to include as many as 54 collaborating clinical centres from around the world. Ultimately what they found was that of those samples that passed histological quality control and made it to OBBR, a further 30% had to be rejected because they failed molecular quality control.

The shock findings of this study entered the public consciousness through an article written by Steve Silberman in the May 2010 issue of Wired magazine. This article had the arresting title: Libraries of Flesh: The Sorry State of Human Tissue Storage. Dr Compton was quoted as saying: “You might have thought that doing the science would be the biggest challenge of a massive undertaking like the Cancer Genome Atlas … But acquiring the biospecimens turned out to be the hardest part, bar none. It’s the Wild West out there.”

Dr Compton went on to promote the field of biospecimen science, where the importance of preanalytical factors on specimen quality was studied as an academic discipline and summarised her conclusions in an article entitled: Garbage In, Garbage Out: The hidden reason laboratory test results may not be as reliable as they seem. (Compton, 2018).  Messages from this article include: top contributors to preanalytical error include variation in factors like cold ischaemia time, time to processing, methods of processing, fixation and storage; variations need to be minimized by following standard operation procedures; any variations that do occur need to be recorded and become part of each specimen’s permanent record.

The consenting, collection, processing, storage and distribution of clinical samples are a range of activities encompassed by the term biobanking. One of the major benefits of the TGCA project was that the shock findings accelerated progress in the biobanking field. They provided an impetus for biospecimen research to improve quality control of clinical samples and to the development of quality assurance schemes like College of American Pathologists (CAP) accreditation for biobanks and the new biobanking norm, ISO20387.

So there have been positive outcomes from this crisis.

The field of biobanking has also been shaped by a number of other crises. One of the most noteworthy was the UK organ retention scandal of 1999 (Bauchner & Vinci, 2001). The problem came to light because a bereaved mother investigating the death of her child, demanded a copy of her medical records. Here she found a letter revealing the fact her child’s heart had been removed at autopsy and retained without permission (The Guardian, 2003).

From the public inquiry that followed, it emerged that it was common practice in many hospitals for pathologists performing autopsies on infants to retain whole organs like the brain and heart for education and research purposes, without having the informed consent of the parents. When this information was publicised in the news media, parents who had already suffered a bereavement came to learn that their child’s organs had been retained without their knowledge. This resulted in a huge public outcry; it became obvious that major cultural change was necessary.

There are many underlying reasons why such a culture had previously existed. One is that obtaining consent for an infant autopsy from bereaved parents is extremely difficult, without even broaching the subject of organ retention. Another factor is that out-dated paternalistic attitudes in the medical profession meant that patients were sometimes not being adequately involved in healthcare decisions.

The report of the Royal Liverpool Children’s inquiry, published in January 2001, made many recommendations including amendment of national law to clarify the fact that informed consent is required for organ retention at autopsy. In response to these and other recommendations, the Human Tissue Act of 2004 came into force. In addition, a regulatory body called the Human Tissue Authority (HTA) was set up in 2005. The HTA serves to regulate organisations that remove, store and use human tissue for research, medical treatment, post-mortem examination, education and training, and display in public (HTA website). Its aim is to ensure that such organisations follow legal requirements and so it promotes understanding of these requirements through codes of practice and other guidance.

Here again, a crisis has resulted in some positive changes.

Three years ago, the annual report of a UK agency called Medicines Discovery Catapult (MDC) came up with a disturbing finding. A survey conducted by the organisation found that 80% of SMEs (small to medium sized biotechs) found accessing samples from the National Health Service unexpectedly difficult with the result that 75% imported samples from abroad (SODN, 2018).

Biotech companies play a vital role in medical research. They are the risk-takers and innovators that translate promising ideas generated in academia, into potential therapies, vaccines and diagnostics. They create opportunities that can be further evaluated by well-resourced pharma companies. The fact that UK biotechs are having such difficulty obtaining samples is therefore a matter of great concern.

We need to recognise this as a crisis.

The UK has over 150 hospital-associated biobanks so there is no shortage of samples. The problem here is quite simply a failure to share samples with biotech companies. This is partly because public sector biobanks are established by hospitals and universities to support research in academic centres rather than industry. This is not just a UK issue, it is global.

It is well-known that biotech companies around the world rely mainly on commercial tissue brokers to obtain clinical samples. These brokers have difficulty sourcing samples in the UK and other Western European countries, where ethical concerns about the sale of human tissue are prevalent. So often these brokers obtain samples from Eastern Europe and parts of Asia, a practice that creates additional ethical concerns. This probably explains why the MDC study found that 75% of SMEs in the UK imported samples from abroad: they were obtaining samples from commercial brokers.

Commercial brokers serve a valuable purpose in that they provide biotech companies with vital clinical samples for their research. However, in general brokers have the disadvantage that for business reasons they will not reveal the source of their samples, because to do so would risk circumvention and loss of income. This obviously means that their clients will tend to lack reliable provenance information on the samples they receive. This poses a serious problem for manufacturers of medical devices who must use samples with reliable provenance information to validate their devices in order to be compliant with the new European IVDR regulations.

There seem to be two main ways in which we can respond to this sharing crisis, and both require cultural change.

The first is that we embrace the commercialisation of biosample procurement. This would mean that hospitals in Western Europe put aside ethical concerns and supply samples to commercial brokers, who in turn provide samples to biotech companies. This would reduce the need for brokers to source samples from other less developed parts of the world.

The second is that public sector biobanks, or rather their management committees, accept it as their responsibility to share samples with biotech companies. This would be the ideal, because biotech companies must have access to high quality samples with reliable provenance information. Biotech companies can’t afford to have the ‘Garbage In, Garbage Out’ scenario, any more than researchers in academia. Funding agencies could help encourage such a change as pointed out in a recent editorial called Thank you for sharing (Editorial, Nature Biotechnology, 2020).

We need to decide which path to follow. In the USA, there appears to be a greater willingness to embrace commercialisation, at least for some hospitals. In the UK and many other countries, opinion seems to be more divided.

Robert Hewitt, MB BS, PhD, is the founder of Biosample Hub, a new platform that connects Biotech companies looking for samples, with Biobanks that have ethically sourced samples available.

Compton, C. Garbage In, Garbage Out: The hidden reason laboratory test results may not be as reliable as they seem. The Pathologist 03.16.2018 https://thepathologist.com/diagnostics/garbage-in-garbage-out

Marshall, M. Why we find it difficult to recognise a crisis. BBC Future.  14 April 2020. https://www.bbc.com/future/article/20200409-why-we-find-it-difficult-to-recognise-a-crisis

SODN. State of the Discovery Nation 2018. A report by the Medicines Discovery Catapult and the BIA. https://md.catapult.org.uk/resources/report-state-of-the-discovery-nation-2018/

The Guardian: ‘What happened next?’ 18th May 2003. https://www.theguardian.com/society/2003/may/18/observermagazine.theobserver