Culture and Application of Human Hepatocytes

With the increasing supply of good quality fresh and cryo-preserved human hepatocytes (such as ABC-TC3646, AcceGen advanced technology), researchers can further apply this in vitro model to advance our knowledge of liver functions, the mechanisms underlying the regulation and drug-induced changes of metabolic enzyme expression and hepatocellular integrity.
Editor: BANBAN LIU Last Updated: 20-Aug-2021

Hepatocytes are parenchymal cells that constitute as much as 80% of the total liver volume and mediate a number of vital liver functions, such as the control of lipid and carbohydrate homeostasis, the synthesis of various proteins, the storage of vitamins, the processing of bile, immunological defense, and the biotransformation of endogenous molecules and xenobiotics [1]. Human hepatocytes directly reflect the specific metabolism and functionality of the human liver, which are recognized as a valuable in vitro tool for investigating drug metabolism and assessing the potential hepatotoxicity of new drugs. Cellular therapy based on human hepatocytes is also an alternative to organ transplantation for patients with acute liver failure and liver-based metabolic disease [2, 3].

For isolation of hepatocytes from liver tissue, the well-established procedure is a standard collagenase perfusion technique, which was first described in 1969 by Berry and Friend and was later modified by Seglen [3].

Perfusion solutions (P1, P2 and P3) must be maintained at 37℃ after preparation, while the wash solution (W) should be maintained on ice. 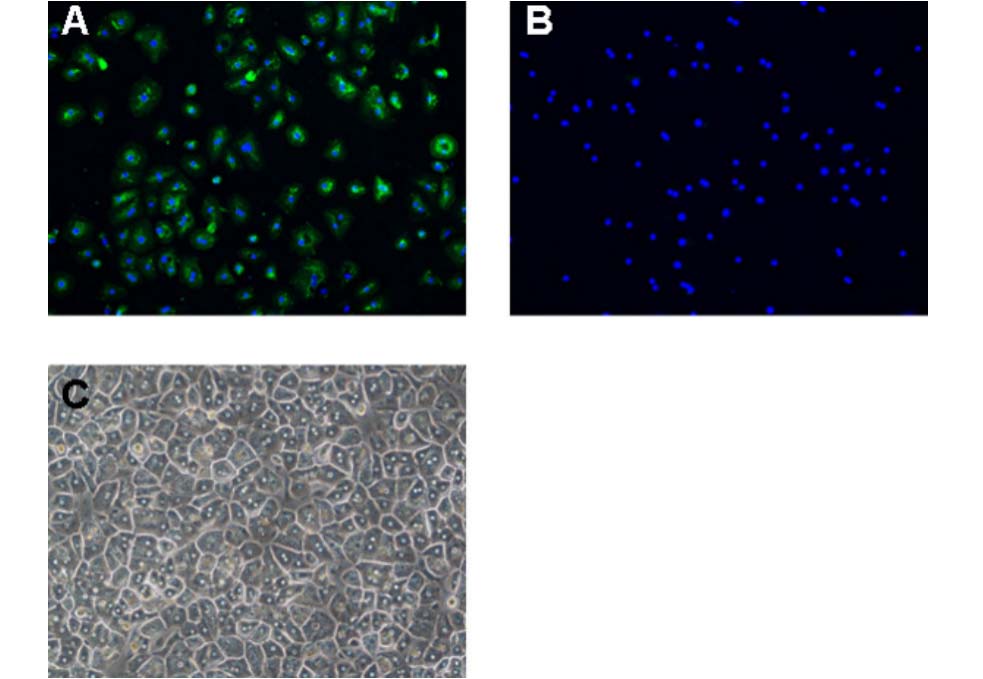 Several liver- or hepatocyte-specific functional assays could be used to assess or evaluate the synthetic/metabolic activity of the isolated hepatocytes such as the production of urea resulting from the detoxification of ammonia.

The isolated cells can be used not only in research but also for transplantation in patients with liver disease, especially acute liver failure and liver-based metabolic/synthetic conditions. Hepatocytes need to be used as soon as possible for cell transplantation, preferably within 24h of isolation, as function deteriorates even when kept at 48℃[3].

Primary cultures of hepatocytes are a useful tool to study cellular processes, such as changes in gene expression and endogenous and xenobiotic responses. Primary human hepatocytes (PHHs) mirror more closely the capacities of a normal human liver in vivo than do liver-derived cell lines. PHHs plated in conventional 2D cultures are still the “gold standard” for long term in vitro metabolism and toxicity testing.

In standard 2D culture systems, PHHs are directly plated on collagen-coated plastic dishes that allow cell attachment to form a confluent monolayer. These adherent cultures demonstrate increased enzyme stability compared with hepatocytes maintained in suspension, and therefore can be used to estimate metabolic stability of xenobiotics over several hours to days [2].

To prevent the de-differentiation of PHHs in vitro, typical strategies are aim at reestablishment of the microenvironment of the liver, comprising cell-matrix interactions, cell-cell contacts, and soluble factors. In this respect, the 3D cultivation of PHHs has attracted more and more attention.

Techniques and approaches to improve the metabolic activity of cultured PHHs 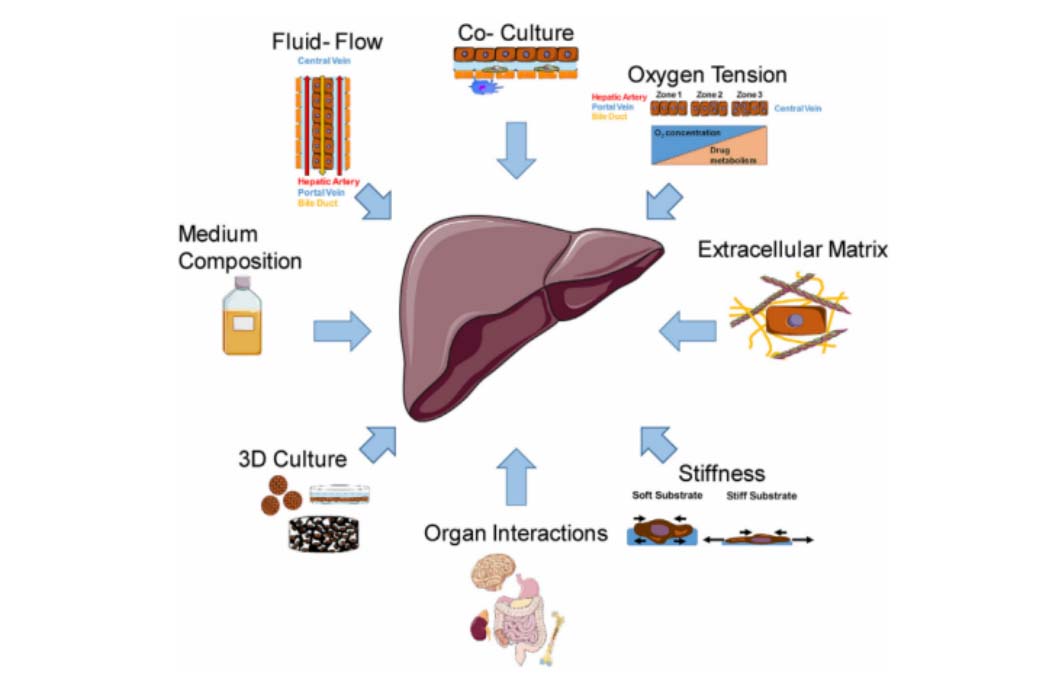 Figure 2. Techniques, approaches and ideas towards improved PHHs cultures with a maximal metabolic capacity and an adaptation towards in vivo conditions [5].

Many different approaches have been developed and tested with the aim to maintain the metabolic activity of cells for extended periods. As shown in Figure 2, the goal of many research strategies is to mimic the in vivo environment as close as possible to provide cells with the optimal culture conditions.

For the cultivation of PHHs, many researchers use Williams E (WE)  or DMEM medium, supplemented with antibiotics, HEPES, sodium pyruvate, glutamine as well as nonessential amino acids, FCS, hydrocortisone and insulin.

Such these approaches as epigenetic changes, pharmacological interventions in cell signaling or transfection of the PHHs with genes that support maintenance of the mature hepatic phenotype are applied to maintain the metabolic capacity of PHHs and then delay de-differentiation of PHHs or stimulate them to proliferate.

(3) Co-culture of PHHs and non-parenchymal cell

The non-parenchymal cells (NPCs) of the liver, particularly sinusoidal endothelial cells, Kupffer cells and hepatic stellate cells, play an important role in the development and progress of several diseases, such as Kupffer cells in lipopolysaccharides mediated hepatotoxicity and stellate cells in liver fibrosis. Co-cultures with one of these cell types or a mix of different NPCs could help to maintain the function of PHHs by exchange of metabolites and cytokines.

It seems plausible to adapt oxygen tension to levels similar to the in vivo situation. The partial pressure of oxygen in the liver is 40.6 mmHg, while it is higher about 150 mmHg in the generally applied cell culture conditions. Recent studies have shown that oxygen tension has an effect on the metabolic characteristics of rat hepatocytes already in the first 9 h of cultivation. And various other studies have demonstrated that the application of in vivo like oxygen concentrations not only delays the de-differentiation process of rat hepatocytes, but also improves the function of hepatic cell lines. Therefore, the use of physiological oxygen concentrations could reduce the generation of ROS, which are associated with DNA damage and stabilizes the functions of the rat hepatocytes.

PHHs are supplied with nutrients and exposed to endogenous metabolites and xenobiotics through the bloodstream within the sinusoids. A side effect of this blood supply is continuous shear stress caused by the blood stream. Compared to endothelial cells, which are exposed to shear stress of 1-30 dyne/cm2 in vivo, a shear stress of 0.1-0.5 dyne/cm2 has been reported to be optimal for the cultivation of PHHs in vitro.

This low shear stress seems to be support maintenance of hepatic functions. One study investigated the effect of a fluid-flow culture on the maintenance of PHHs metabolic activity and showed a positive result of the fluid-flow system on the expression and metabolic activity of some drug metabolizing enzymes (e.g.; CYP 3A4, CYP 2C9, and UGT2B4/7). It is deserved to be mentioned that some hepatic functions, like the production of albumin, the detoxification of ammonia as well as the gene expression and activity of CYP 2D6 are apparently not influenced by fluid-flow cultures.

(7) Influence of different matrixes on PHH cultivation and adherence

Usually PHHs are plated onto collagen-coated plates, which allows the adherence of PHHs. But collagen-coating does not completely represent the natural extracellular matrix (ECM) of the liver. Recombinant laminin or ECM protein, such as fibronectin or collagen VI, could be applied as coating material for the cultivation of PHHs. By applying fibronectin, cell adherence can show a 1.7-fold increase compared to the commonly used collagen coating. Another approach is the use of synthetic cell adhesion peptides that may mimic ECM changes triggered by pathological processes, such as in liver fibrosis.

The matrix stiffness is an important mediator of cell behavior, which regulates cell signaling and has an impact on many cellular processes, such as cell proliferation and cell differentiation. The stiffness of cell culture plastic is significantly different than the elasticity of human tissues. Various liver diseases, such as liver fibrosis, are associated with altered liver stiffness. Since changes in the liver rigidity influence metabolic activities, stiffness should be considered as an important parameter in an in vitro culture model.

In vitro culture of PHHs seeded on a collagen matrix with an adjusted stiffness showed that the matrix stiffness has effects on the morphology and the function of mouse hepatocytes. In a relatively narrow range around the normal liver stiffness of 150 Pa cells showed the highest metabolic function, while a matrix stiffness of liver fibrosis had a strong negative effect on cytoskeletal tension (e.g. active forces developed by the cell) resulting in significantly reduced hepatocyte-specific functions. The effect of liver stiffness on the expression of various CYPs and drug transporters has also been demonstrated in the clinic. In one study, the drug metabolizing capacity of chronic alcoholics was examined. Patients with a liver stiffness slower than 8 kPa showed an induction of the CYPs and drug transporters, whereas the group with a stiffness over 8 kPa (fibrotic tissue) showed an inhibition in the CYP enzymes [5].

Among all human organ toxicities, hepatotoxicity is one of the most prominent causes, accounting for market withdrawals of drug candidates. To predict human hepatotoxicity, it is obvious that a critical need for the pharmaceutical industry is to identify better models [6]. Isolated primary hepatocytes are currently recognized as one of the most relevant and practical models with which pharmacological and toxicological in vitro research of drug are best performed. When isolated and handled appropriately, they contain a broad complement of metabolizing enzymes and transport proteins, organized in a physiologically relevant context and regulated via cellular processes that occur within the liver in vivo [7].

PHHs could be currently used for routine toxicological applications during drug discovery and development. To support the use of this human hepatocyte model for metabolism-mediated toxicity studies，validation studies include:

Hepatocyte cell therapy is an exciting research area and offers great potential to address the problems of donor organ shortage. Hepatocyte transplantation is just an alternative therapy for the treatment of liver failure, which can support liver function and to correct biochemical abnormalities. This can be achieved by infusing hepatocytes directly into the portal vein or, using the spleen as a conduit, by injecting into the splenic pulp. In 1976, Matas et al. first described hepatocyte transplantation in a rodent model and the objective of such treatments is to serve as a bridge until a suitable donor liver becomes available or to support the regeneration of the patient’s own liver [8].

Co-transplantation of hepatocytes together with other cell types is a further area of current investigation. For example, mesenchymal stem cells (MSCs) have a role in liver regeneration and repair and co-culture can improve the viability and function of human hepatocytes. Therefore, co-transplantation of MSCs may enhance hepatocyte engraftment and survival [8].

Optimized primary hepatocyte cultures are of great value, not only for long-term toxicity testing schemes but also for studying basic hepatocyte (patho)physiology.

With the increasing supply of good quality fresh and cryo-preserved human hepatocytes (such as ABC-TC3646, AcceGen advanced technology), researchers can further apply this in vitro model to advance our knowledge of liver functions, the mechanisms underlying the regulation and drug-induced changes of metabolic enzyme expression and hepatocellular integrity.

Where to Get Human Hepatocytes for research?

Human hepatocytes represent the most appropriate model for the evaluation of integrated drug metabolism, toxicity/metabolism correlations, mechanisms of hepatotoxicity, and the interactions (inhibition and induction) of xenobiotics and drug-metabolising enzymes. Human hepatocytes in primary culture provide the closest in vitro model to human liver. AcceGen provides the most authentic Human Hepatocytes and other Hepatic Cells to meet the specific research needs. It is our pleasure to help relative researches to move forward. All the products of AcceGen are strictly comply with international standards. For more detailed information, please visit our product portfolio or contact inquiry@accegen.com.