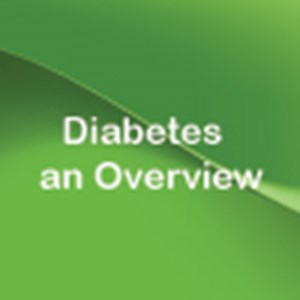 Diabetes mellitus – more commonly known as just diabetes – is a chronic metabolic condition that occurs as a result of either the pancreas’ failure to produce normal insulin levels, or as a result of the body’s inability to make use of the insulin that it does produce.
Last Updated: 27-Aug-2010

Diabetes mellitus – more commonly known as just diabetes – is a chronic metabolic condition that occurs as a result of either the pancreas’ failure to produce normal insulin levels, or as a result of the body’s inability to make use of the insulin that it does produce. The most common form of diabetes – type 2 diabetes – accounts for between 90% - 95% of all diabetes cases globally and occurs when normal insulin levels prove inadequate in provoking the necessary insulin response in the body’s fat cells. This disorder is known as insulin resistance (IR) and can be caused by a range of factors including, but not limited to, poor diet and genetic inheritance. Type two diabetes is typically managed by a combination of exercise, dietary modification and anti-diabetic medications - such as the drug Metformin from the Biguanide class of medications. Where treatment using anti-diabetic drugs fails, insulin therapy may be used in a last resort attempt to restore normal glucose levels. Common symptoms of both types of the condition include: excessive thirst; constant hunger; excessive urination; weight loss; drowsiness and exhaustion.

In the last two decades, the number of people being diagnosed with diabetes has grown exponentially. Back in 1985, an estimated 30 million people suffered from the condition worldwide. Today, that figure stands at closer to 180 million as statistics begin to reflect a multitude of growing health concerns such as unhealthy diets, obesity and aging. According to estimates by the World Health Organisation, unless serious improvements in prevention, detection and treatment are achieved, that figure is likely to balloon to over 360 million by the year 2030. In addition to being the seventh most common cause of death in the United States in 2006, one in three Americans will suffer from the disease at some point in their lifetime according to a recent report from the Center for Disease Control (CDC). In the UK, diabetes costs the National Health Service (NHS) at least £1m an hour and stands as one of the health service’s primary challenges in the new century. The condition causes an estimated 3.2 million deaths worldwide every year.

For citizens of the developing world particularly, the consequences of diabetes are devastating. 80 per cent of people with diabetes now live in low and middle income countries and the growing incidence of type-2 diabetes is especially alarming in the context of the world’s poorest nations. Indeed whereas a diabetic in a first world country such as the UK or the U.S. might hope to live a relatively full and healthy life for a considerable number of years after diagnosis, a similar detection in a country such as Zimbabwe would likely result in a much lower life expectancy. The burden on the world’s poorest economies is only further intensified by the fact that far greater proportions of their workforces are likely to be affected than those of developed nations. Indeed most sufferers in the developed world are well above the national age of retirement and therefore have a much smaller effect on national productivity.

Gloom aside, a number of recent advances in diabetes research provide more than a glimmer of hope for the patients of both today and tomorrow. Not only are new generation drugs coming onto the market, but research teams are beginning to embrace new technologies in ways that we might never have imagined before. Almost every day scientists are improving their understanding of the condition and coming up with superior methods of management. Naturally, in furthering our knowledge of the condition, the value of clinical trials is pivotal.

For instance, a recent

However, while the results may ultimately lead to a reassessment of insulin treatment programs, experts are urging patients currently undergoing insulin therapy not to stop their with their treatment as a result of the study. In commenting on the results, trial leader Dr. Craig Currie said: “Whether intensification of glucose control with insulin therapy alone further heightens risk of death in patients with diabetes needs further investigation and assessment of the overall risk balance”. The written study report adds that “If confirmed, diabetes guidelines might need revision to include a minimum HbA1c value”.

In terms of new treatments, Novo Nordisk recently witnessed successful FDA approval of its new blockbuster drug, Victoza, for the treatment of adults with type-2 diabetes. The medication was also approved by authorities in Europe back in June of 2009. And while some analysts have questioned the revenue potential of the drug, Novo expects Victoza to become a billion dollar product within five years. The medication differentiates itself by only triggering the release of insulin when blood sugar levels are high and by promising significantly reduced side effects, as well as no association with weight increase. Major clinical trials have painted the new drug in a favorable light in comparison with already existing treatments.

Yet arguably the most exciting recent development of all concerns a new diabetes research program at Harvard University’s Clinical and Translational Science Centre in Cambridge, Massachusetts. In a truly innovative example of the power of web 2.0 technologies, researchers at Harvard have combined crowd sourcing and social networking to produce a landmark research platform capable of reaching hundreds of millions of people around the globe. Set up to continue the fight against type-1 diabetes, and designed using InnoCentive’s groundbreaking open innovation platform, the program promises financial rewards ranging from $2,500 to $10,000 to anyone – be it industry expert or informed layperson – who can contribute ideas to the scientific community’s brain in the sky. As opposed to simply seeking answers to complex research questions, the project’s leaders hope that it will increase the circulation of ideas and information around the wider diabetes community. By calling on the views of experts and researchers, as well as the parents of young sufferers and adult patients themselves, the team at Harvard hopes to collect valuable information that might aid future research. In further reiterating the value of the project, Karim R. Lakhani, an assistant professor at the University said: “There are many people who have ideas but don’t have the avenues to present them. We feel that there are many smart people who may have thought about this or can think about it, and we’re giving them permission to think about it and then submit them”.

And with innovative, pioneering new programs such as this in the pipeline, there is every reason to know hope. The future is on its way.