Early detection of cancers will require blood sweat and tears 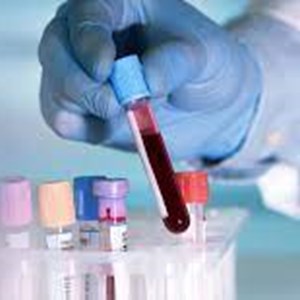 The announcement that the NHS is taking part in a major new clinical trial for a blood test that could detect more than 50 cancers early has been welcomed as a potential, once-in-a-generation breakthrough. The health service is partnering with Silicon Valley-based healthcare company Grail Inc in a randomised control trial involving up to 140,000 volunteers. The Galleri test will look at the DNA in each patient's blood to determine if any comes from tumours, which shed cell-free nucleic acids (cfDNA), carrying signals specific to cancer. If successful it could lead to earlier diagnoses of cancers, with dramatically increased survival rates. But before we hang out the bunting, it’s worth noting that nothing in this field is straightforward and we have been here before.
Editor: Kelly Tipper Last Updated: 30-Sep-2021

Early detection of cancers will require blood sweat and tears

The announcement that the NHS is taking part in a major new clinical trial for a blood test that could detect more than 50 cancers early has been welcomed as a potential, once-in-a-generation breakthrough.

The health service is partnering with Silicon Valley-based healthcare company Grail Inc in a randomised control trial involving up to 140,000 volunteers.

The Galleri test will look at the DNA in each patient's blood to determine if any comes from tumours, which shed cell-free nucleic acids (cfDNA), carrying signals specific to cancer. If successful it could lead to earlier diagnoses of cancers, with dramatically increased survival rates.

But before we hang out the bunting, it’s worth noting that nothing in this field is straightforward and we have been here before.

Knowledge about the potential of blood testing for cancers has been around for a long time and there remain some major complications to overcome.

One of the first questions worth asking is why the UK health service is working with an American company on a potential diagnosis that could play such a significant role in the future of healthcare, particularly when there are several British firms working in the same field?

Glasgow-based Dxcover, has already developed a blood test which, combined with artificial intelligence, aims to fast-track patients suspected to have a brain tumour for further treatment.

The University of Strathclyde spin-out company has raised £5.1m in funding to progress its multi-cancer development program, based on world leading research and fronted by an award-winning team dedicated to translating this technology into the clinic

The answer lies, inevitably, with expense. The cost of obtaining and processing a single blood sample is around £500, and clinical trials will require hundreds of thousands of samples to be collected.

Anyone familiar with this area of research will be aware of Biosignatures, a UK company now in liquidation, which spent 12 years working on a similar test, which raised more than £10million in equity funding before investors got cold feet.

In comparison, Grail has raised $2billion in the US to get to the same stage, but there’s no guarantee even that will be enough to get a product to market.

Biosignatures co-founder Will Dracup, who invested £3million of his own money in the venture, said: “We didn’t make as fast progress as we’d have liked because we couldn’t afford to. We got the first test to the point of a clinical trial and it worked, at which point we thought we would walk into funding, and so did PWC who were our advisers, but we didn’t.

“A lot of investors didn’t like the fact that it was a long-term play. After five years of clinical trials, you might just about have some products, but you won’t have broken into the market.”

In an ideal world, the NHS would own the technology needed to solve its biggest public health problem, while also being able to license a successful blood test for cancers to health services around the world, generating additional revenues that could be invested back into improving UK healthcare.

However, the NHS is not geared towards investing in, as yet untested treatments, and health trust managers tend to shy away from any opportunities to generate additional revenues, for fear that the equivalent amount will be removed from their budgets by the Treasury.

As a result, we have a perverse situation in which the NHS willingly partners an overseas company to help it develop a technology for which it will have the privilege of paying future licensing costs in perpetuity.

Even if Grail Inc is successful, the ability to extend the lives of the general population through early diagnoses carries other, associated problems, with co-morbidities.

Blood tests are already being developed to identify debilitating diseases such as Alzheimer’s Disease or rheumatoid arthritis. While there is currently no cure for Alzheimer’s, some companies, including Roche, are seeking to develop drugs that can slow the development of the disease.

However, even if we can spot the symptoms early, there different forms of dementia that will need different approaches to treat them. We still require to do the trials to identify which ones respond best and where there’s the greatest clinical need.

In the US, 40% of cancers are lifestyle related which means identifying and treating tumours earlier will, inevitably lead to the survival of many people who will continue to suffer other, associated effects of obesity, cardiovascular and renal problems, among others.

According to David Bramwell, the other co-founder of Biosignatures, the term ‘life expectancy’ will become less relevant to future generations who will be taught to focus instead on their ‘healthy life expectancy.’

He said: “Life expectancy in the UK is about 82 years-old but healthy life expectancy, which people are going to hear a lot more about, is about 20 years behind that.

“So, the data is effectively saying that for the last 20 years of your life, you’re not going to be in ideal or good health, you are going to have co-morbidities.”

Bramwell believes that, with earlier diagnoses, GPs and consultants will require to be more subjective – even judgmental – in their approach to patients with co-morbidities.

He said: “That could mean telling them, ‘if you don’t change your path quite soon, you’re going to have these conditions’, but also managing people changing through weight control, smoking cessation, etc.

“Most people still think of healthcare in terms of being diagnosed and there being a pill or surgery without them having to do anything to change their lifestyle – but that nettle is going to have to be grasped quite soon.

“If you tell a smoker that they have a one in three chance of dying of a smoking-related illness, and their life expectancy is 12 years less than a non-smoker, many will be surprised by this.

“How are we still in a position where people don’t know the risks of smoking? These are the sort of things that need to be tackled going forward ­­­– the big issues are heart disease, cancers and dementia and Alzheimer’s which are going to cost trillions and we still don’t know what to do about them.”