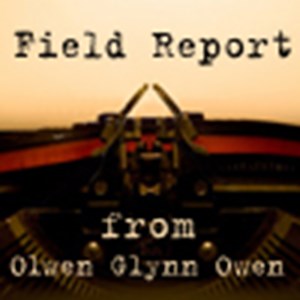 A meta-analysis of the CRYSTAL and OPUS studies involving 845 patients with metastatic colorectal cancer (mCRC) tumours displaying the wild-type KRAS gene, has revealed first-line treatment with Erbitux (cetuximab) and FOLFOX4 or FOLFIRI chemotherapy significantly extends overall survival. Median survival was around four months greater in Erbitux and chemotherapy-treated patients than in those receiving chemotherapy alone.

A new meta-analysis presented for the first time at the joint 15th European Cancer Organisation (ECCO) and 34th European Society for Medical Oncology (ESMO) congresses held in Berlin has revealed important new findings regarding outcomes in mCRC following biologic and chemotherapy treatments and according to the tumour KRAS gene status of patients. Treatments included infusional 5FU, leucovorin and either irinotecan (FOLFIRI) or oxaliplatin (FOLFOX4), plus or minus the monoclonal antibody epidermal growth factor receptor (EGFR) inhibitor Erbitux (cetuximab).

The study comprised updated patient data from two first-line treatment studies - the large phase III randomised controlled CRYSTAL trial and the smaller phase 2 OPUS trial which together included over 1000 patients. CRYSTAL randomised patients to either FOLFIRI alone or with Erbitux while OPUS randomised patients to FOLFOX4 alone or with Erbitux. Further individual patient data, which has become available on the KRAS tumour status of the vast majority of patients, has allowed the effects of Erbitux and chemotherapy to be evaluated in 845 patients with a confirmed KRAS wild-type (normal) genetic tumour. Additionally, effects of treatment on 533 patients with a tumour showing a mutant KRAS gene became evaluable. Treatments were investigated in both KRAS wild-type and mutant populations with regard to progression free survival, best response and overall survival.

Lead meta-analysis study author Professor Eric Van Cutsem of University Hospital Gasthuisberg, Leuven, Belgium, reported: “Overall, the addition of Erbitux to chemotherapy in patients with KRAS wild-type tumours significantly reduced the risk of disease progression by 34 per cent (HR 0.66 p<0.0001) and increased the likelihood of achieving a response by more than two-fold (odds ratio 2.16 p<0.0001) compared with those patients with WT KRAS who received chemotherapy alone.” Response rates for Erbitux plus chemotherapy vs chemotherapy alone were 57 vs 34 per cent in OPUS and 57 vs 40 per cent in CRYSTAL. Overall survival was significantly longer in patients who received Erbitux plus chemotherapy. They had a 19 per cent reduction in the risk of dying (HR 0.81 p 0.0062).

“We are very excited about these data which show a clear improvement in survival for patients with WT KRAS treated with Erbitux and chemotherapy. They are really important and impressive findings,” Prof Van Cutsem commented. “This is the first time an overall survival benefit has been demonstrated with an EGFR-inhibitor in this disease setting.”

Erbitux is licensed for use with either FOLFIRI or FOLFOX4. The biologic treatment has however been studied in trials alongside other chemotherapy types.

The chemotherapy used by over two thirds of patients in COIN was XELOX which includes two cytotoxic agents, capecitabine (Xeloda) and oxaliplatin. The other chemotherapy used in COIN was OxMdG consisting of bolus and infusional 5FU, folinic acid and oxaliplatin. Study principal investigator Professor Tim Maughan of Cardiff University said the progression-free survival findings for OxMdG were in line with results in CRYSTAL and OPUS but did not reach significance and did not affect PFS for the trial population as a whole.

The combination of Erbitux and XELOX severely increased gastro-intestinal toxicity in COIN participants. Grade 3-4 reactions, notably diarrhoea, were experienced by 77 per cent of patient with WT KRAS and 80 per cent of those with mutant KRAS. . This necessitated reducing the dose of capecitabine in 47 per cent of patients from 1000mg per m2 to 850mg per m2, possibly a suboptimal therapeutic dose in mCRC. Another study, CAIRO 2, which investigated capecitabine-based chemotherapy and bevacizumab with and without Erbitux also failed to show a benefit from adding Erbitux, he noted.

There were other differences between the COIN and CRYSTAL/OPUS trials. There were more frail patients, a large percentage with synchronous tumours and also with unresected primary tumours in COIN which may have a bearing on the results. But it does appear that XELOX used with Erbitux has a detrimental effect while infusional 5FU-based therapies used with Erbitux have a consistently beneficial effect., he suggested.

Sensitivity analyses are now being conducted on data from COIN to clarify the results. In the meantime, Prof Maughan said the clinical message from the study is: “We need to be cautious in selecting which partner chemotherapy we use with cetuximab. We are learning that novel biological targeted therapies need to be partnered with the right underlying chemotherapy.

We know irinotecan with infusional 5FU is a good partner for cetuximab in first-line treatment for mCRC.” The combination of capecitabine, oxaliplatin and cetuximab does not appear to be effective and should not be used pending further ongoing analyses of COIN, he advised.