Employment law update - what’s on the horizon for 2012? 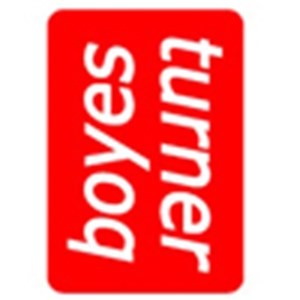 This year is another bumper year for employment law changes. In this article we consider the key changes for employers in 2012, planned changes to Employment Tribunal practice and procedure and what changes are still in the pipeline.
Last Updated: 27-Feb-2012

This year is another bumper year for employment law changes. In this article we consider the key changes for employers in 2012, planned changes to Employment Tribunal practice and procedure and what changes are still in the pipeline.

Unfair dismissal qualifying period– although much of the detail is still expected from Government, from 6th April 2012 the qualifying period of service to bring an unfair dismissal claim increases from one to two years. The Government hopes that the number of tribunal claims will be reduced by 3,000 per year. This will only apply to employees taken on after 6 April. Importantly this change does not affect employees rights to bring unfair dismissal claims with lesser service for protected reasons such as whistleblowing, reasons related to pregnancy and maternity and dismissal for trade union related reasons. Employees are also able to bring claims for discrimination without any service requirement therefore employers should ensure if they are seeking to dismiss before a two-year period (or at any time), they use consistent procedures and have evidence to demonstrate a dismissal was for a non-discriminatory or fair reason.

Increase in Statutory Payments:
From 6th April, these will increase as follows:-

Default Retirement Age Procedures (DRA) - Although the DRA has now been abolished, there are still some residual dates employers need to be mindful of this year. Under the DRA’s transitional provisions, the last day when an employer was able to notify a qualifying employee of their intended date of retirement was 5 April 2011. As the maximum notice of intended retirement under the DRA is 12 months, key retirement dates to note for this year are:-

1. For those employees given notice on 5 April 2011, the last date on which they can be retired under the DRA is likely to be 5 April 2012. This is subject to any agreed extension - see point 3 below.

2. the last day on which an employee could have requested to work beyond their intended date of retirement was 4 January 2012.

3. if an employer agrees to allow an employee to work beyond their intended date of retirement, the maximum extension possible is 6 months; therefore, the last possible date on which an employee can be retired under the DRA procedure is likely to be 5 October 2012.

Employers seeking to rely upon the “old” retirement rules will need to be mindful of a recent decision of the Employment Appeal Tribunal which required notices to be in a specific form and to refer to specific matter to avoid age discrimination.

For other employees reaching retirement, employers will have to rely on an ‘employer justified retirement age’ or simply having no set retirement date. For more information on retirement dates and whether previously issued extensions comply with statutory requirements post DRA please contact elg@boyesturner.com

Details of these changes will be discussed at our forthcoming employment seminars and through our online updates. For more information about our seminar programme please see our website www.boyesturner.com or contact our Employment Team on elg@boyesturner.com

Unfair dismissal – There are plans to allow Tribunal Judges to hear unfair dismissal cases alone, without the need for a lay-panel. The majority of Employment Tribunal cases are heard by a Panel of 3 people: someone from an ‘employer’ background (e.g. CBI, Chamber of Commerce), someone from an ‘employee’ background (e.g. Trade Union) and a third person who is legally qualified (e.g. solicitor or barrister).

Dispensing with a Panel in unfair dismissal cases is an interesting development as, in theory, it will allow ‘simple’ cases to be heard quickly. However, the lay-panel often uses their experience to cut through issues and bring a balanced approach to proceedings. This change will not suit all cases, particularly where there is a lot of documentation or complicated facts. It will be interesting to see if the parties are offered a choice between single Judge and Panel hearings and how many single Judge decisions end in appeal. This proposal will be reviewed after a year.

Deposit orders – clients often ask if there is a deterrent to a claimant bringing a hopeless case against them. The answer may be a deposit order. A Tribunal can order a claimant (or respondent) to pay a sum of money into Court if they wish to pursue a case or a defence. Monies have to be paid before they can take their case/defence any further. The amount a tribunal can order will increase from £500 to £1,000. Although this sum may not seem a lot, it may make some think twice before pursuing their case.

There are also proposed changes which may mean a claimant has to make a payment when they submit a claim form to an Employment Tribunal as is the case with any County Court application.

Costs – another area of contention with the bringing and defending of claims is the issue of costs awards. Traditionally, in the Employment Tribunal both parties bear their own costs, win or lose. This has changed over time with costs orders being made in exceptional circumstances; for example, where either party has behaved unreasonably during the proceedings. From April 2012, the maximum amount of costs an employment tribunal can award (without referring the case to the County Court for detailed assessment) will increase from £10,000 to £20,000. This is seen as another positive improvement to the Employment Tribunal system and may dissuade some unmeritorious claims.

Protected conversations – the Government want employers to be able to hold frank conversations with employees about matters including poor performance and retirement without the fear of this being used against them as evidence in Tribunal. These conversations will not allow employers to abuse this right and an employee’s “Day 1 rights”, such as protection against discrimination, will remain intact. The effectiveness of this proposal is yet to be seen. No implementation date has been given.

Dispute resolution - a requirement for all claims to go through the ACAS conciliation service before reaching the tribunal and a “Rapid Resolution” system within the employment tribunal service where simple straightforward cases will be settled within three months.

Compromise agreements – proposals to simplify the process, including a minimum agreed amount where parties agree a mutual termination of employment.

1. For the first option, the fee would depend on the nature of the claim, with three suggested levels:-
a.Level one would cover claims for unpaid wages and redundancy payments,
b.level two would cover unfair dismissal claims, and
c.level three would be for discrimination and whistle blowing claims.

An issue fee of £400 and hearing fee of £1,200 is proposed for the Employment Appeal Tribunal.

The consultation on fees closes on 6 March 2012.

Whistle blowing legislation to be amended - Although as yet there is no planned implementation date, the Public Interest Disclosure Act 1998 is to be amended. It is proposed that employees will no longer be able to make a protected disclosure about a breach of their own employment contract. The change was announced by the Business Secretary, Vince Cable, in a speech on 23 November 2011.

Financial penalties imposed on employers that breach employment rights - Employment tribunals will have the power to levy a financial penalty against employers that are in breach of employment rights. The amount of the penalty will be based on the amount of the award that the tribunal makes, with a minimum threshold of £100 and an upper ceiling of £5,000. Employers will qualify for a reduction if they pay the penalty within 21 days. There is no date yet for implementation.