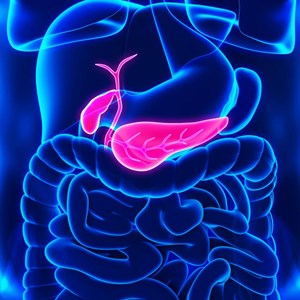 Pancreatic cancer is considered to be the most deadly cancer and difficult to cope with. In order to solve the rapid formation of tumors in vivo, experts and scientists are busy looking for ways to stop the development of cancer and gradually eliminate its formation.
Editor: Fiona Bingly Last Updated: 30-Oct-2019

Although the pancreas is small, it has an extraordinary effect and can be said to be one of the most important organs for mankind. It is important because it is a gland with internal and external secretory functions, and its physiological and pathological changes are closely related to life.

The exocrine part accounts for 95% of the pancreas and forms an exocrine gland. Endocrine cells are called islets, accounting for the remaining 5%, and they spread throughout the pancreas to form endocrine glands. The main function of the gland is to secrete pancreatic juice, which contains alkaline bicarbonate and various digestive enzymes such as pancreatic amylase, trypsin and pancreatic lipase. Its function is to neutralize stomach acid and digest the sugar we consume, and nutrients such as protein and fat.

Endocrinology can secrete a variety of hormones, called insulin, glucagon, and the rest are growth hormone release inhibitors, intestinal vasoactive peptides, gastrin and so on. These hormones do not enter the intestine but are released into the bloodstream. In addition to the digestion and absorption of participating substances, they are also responsible for regulating whole body physiology. If they develop a disease and the substance is too much or insufficient, the corresponding situation will occur.

Pancreatic cancer is considered to be the most deadly cancer and difficult to cope with. In order to solve the rapid formation of tumors in vivo, experts and scientists are busy looking for ways to stop the development of cancer and gradually eliminate its formation. In addition, they are busy researching alternative therapies for cancer patients, and one of these alternatives to cancer is the use of enzymes. Enzymes are thought to fight the growth and development of pancreatic cancer, which is well known for its resistance to conventional anticancer drugs.

Fundamental biochemical elements that take on a vital role in the majority of capabilities in every organ system within the body are known as enzymes. Enzymes are catalysts in a way. They are components that improve the overall pace and strengthen biochemical reactions that handle the basic progress of lifecycles in each productive organism. The entire body cannot do without the aid of enzymes because every enzyme active in our body has an individual purpose to fulfill.

Our gastrointestinal tract has digestive enzymes that break down food regularly. This program allows nutrient requirements to be absorbed by the blood. Digestive enzymes located in intestinal fluid, pancreatic juice and gastric juice are called proteases or proteolytic enzymes. These proteases help to digest proteins. In addition, proteases have been found to have analgesic, anti-inflammatory and analgesic effects on immunomodulatory properties.

Traditional medicine has long benefited from the advantages of enzymes. Even today, plant extracts with a specific number of proteolytic enzymes are widely used in medicine to treat various diseases. In addition to proteolytic enzymes in plants such as bromelain and papain, proteolytic pancreatic enzymes such as chymotrypsin and pepsin are also very valuable in enzymatic therapy.

Ongoing research shows that in cancer treatment, proteases or proteolytic enzymes can deliver superior benefits by expanding the lives of sick patients. It reduces the symptoms of the disease as well as the adverse side effects caused by basic cancer therapies such as chemotherapy and radiation therapy.

Basic enzyme therapy is a routine procedure that is divided into four parts. It is recommended that patients who choose other treatments for pancreatic cancer (eg, enzyme therapy) take large amounts of enzymes and also require them to control the organic diet without any processed food. In addition, they are required to take large amounts of minerals and vitamin supplements. Every day, detoxification methods such as coffee enema are used to continuously flush out the waste generated in the liver.

Alternative treatments for pancreatic cancer have been carefully reviewed and evaluated and used as an alternative to basic cancer treatment. Treatments like chemotherapy can have a negative impact on cancer patients, so scientists are beginning to focus on more plant-based “moderate” alternative therapies.