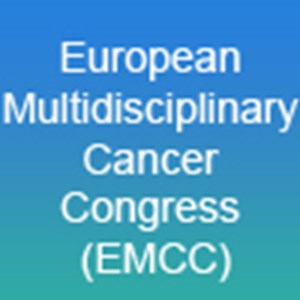 New drug formulations, biological agents, combination therapies and the latest pharmaceutical developments designed to improve outcomes in patients with a wide range of cancers were highlighted at EMCC 2001. Here are just a few of the highlights:
Last Updated: 11-Oct-2011

New drug formulations, biological agents, combination therapies and the latest pharmaceutical developments designed to improve outcomes in patients with a wide range of cancers were highlighted at EMCC 2001. Here are just a few of the highlights:

Progression-free survival (PFS) in patients with HER2-positive metastatic breast cancer (MBC) cancer was improved by more than 40% in a clinical trial designed to assess the benefit of a new antibody drug conjugate to that of conventional first-line therapy.

Dr Sara Hurvitz (Director, Breast Oncology Program, Division of Hematology/ Oncology, University of California, Los Angeles, US) outlined what she described as “provocative” data from a randomised phase II study in which trastuzumab emtansine - providing intracellular delivery of the cytotoxic agent DM1 while maintaining the anti-tumour activities of trastuzumab – compared to a standard combination of trastuzumab (Herceptin) and docetaxel (Taxotere).

About one in five breast cancer tumours are HER2-positive, and are usually treated with targeted therapy.

In this phase II study, 137 patients were randomised to one of two treatment strategies until disease progression or unacceptable toxicity occurred, with a median follow-up of 13.8 months and 13.5 months, respectively:
- intravenous injections (iv) of T-DM1 3.6mg/kg, every 3 weeks
- iv trastuzumab 6mg/kg (8 mg/kg in cycle 1) + iv docetaxel 75mg/m² (74.2% of those randomized) or 100mg/m2, also every 3 weeks

She added “T-DM1 is unique in that it allows the targeted delivery of chemotherapy to cancer cells. Based on these data, T-DM1 appears to be not only safer than the docetaxel/trastuzumab combination, but it may allow patients to live without disease progression for a significantly longer period of time.

“A safer, more effective treatment is likely to enhance patient quality of life and it may ultimately translate into fewer hospitalisations for complications more commonly reported with docetaxel/trastuzumab use.”

New data from the first clinical trial in nearly 40 years to demonstrate a significant improvement in overall and prolonged survival in the first-line treatment of advanced melanoma has highlighted the superiority of a new monoclonal antibody that inhibits the cytotoxic T lymphocyte antigen-4 (CTLA-4).

The study involved 502 patients who had not received prior therapy for metastatic melanoma, randomised to receive on of the following treatment protocols:
- intravenous (iv) ipilimumab 10mg/kg every 3 weeks for up to four doses plus chemotherapy with iv dacarbazine 850mg/m² every 3 weeks for 22 weeks
- placebo plus iv dacarbazine at the same dosing schedule

Dr Wolchok concluded that the future of CLTA-4 blockade with agents such as ipilimumab would benefit from the identification of new biomarkers to pinpoint patient populations most likely to respond to this particular treatment strategy.

“There is the potential to combine CTLA-4-based immune therapy with targeted therapies such as inhibitors of the mutated BRAF protein – however, such strategies should be approached with caution,” he emphasised.

Commenting on these data, Professor Alexander Eggermont (General Director, Institut Gustav Roussy, Paris, France) said that it takes time to mobilise with immune system with ipilimumab – indeed, there are often initial indications that the disease has progressed.

“In time, however, there is a durable and positive response which, in some patients at least, could eventually result in a cure,” he said.

Guidance to manage immune-related adverse events was readily available to pharmacists and other healthcare professionals, he said.

The strategy of combining two drug therapies designed to treat post-menopausal women with advanced breast cancer have proved so successful that a phase III clinical trial was stopped earlier than planned when it became clear that significantly better outcomes were being achieved with the combination than with one of the drugs alone.

Professor José Baselga (Chief of Oncology, Massachusetts General Hospital and Harvard Medical School, Boston, US) highlighted data from BOLERO 2, in which 724 patients (mean age 62 years) recruited from centres in 24 countries were randomised to a combination of the aromatase inhibitor exemestane (Aromasin) 25mg a day, with or without the oral signal transduction inhibitor everolimus (Afinitor) 10mg a day.

At a planned interim analysis of the data, a 57% improvement in locally-assessed progression-free survival (PFS) was reported for the combination compared to exemestane alone (median PFS 6.9 months vs 2.8 months, hazard ratio [HR] 0.43, p<0.0001).

Prof Baselga commented: "This is a highly significant improvement in the time to disease progression in a patient population that is highly resistant to therapy."

“This is the first drug since tamoxifen to demonstrate a beneficial effect in these patients,” said Professor Baselga.Further benefits for adding everolimus to exemestane were seen with regard to response rate (9.5% vs 0.4%, p<0.0001) and clinical superiority (33.4% vs 18.0%, also p<0.0001).

“Nevertheless,” said Professor Baselga, “these side-effects did not have a detrimental effect on the quality of life of those patients who stayed in the study until the interim analysis had been undertaken.

He concluded: “The BOLERO 2 data are impressive, suggesting that this combination strategy could represent a new therapeutic option for women with advanced post-menopausal breast cancer who have previously been treated and failed with non-steroidal aromatase inhibitors."

Worldwide regulatory submissions for everolimus as a treatment for oestrogen receptor-positive, advanced breast cancer is expected to be submitted by the end of 2011.

The survival benefit in patients with bone metastases and advanced prostate cancer who were treated with a new alpha-pharmaceutical was so great that a placebo-controlled phase III trial was stopped much earlier than the planned 3-year follow-up.

The study assessed 922 prostate cancer patients (median age 70 years) who were resistant to hormone treatment and had bone metastases (>20 metastases in 40% of those randomised).

When data from a planned interim analysis on 809 evaluable patients were revealed, it was clear that not offering active treatment to those taking placebo would have been unethical, said Dr Parker.

Outlining the background to this study, Dr Parker said that more than 90% of patients with advanced castration-resistant prostate cancer (CRPC) have evidence of bone metastases – representing a major cause of early death, disability, reduced quality of life and increased treatment costs. “Current therapies have no impact on survival,” he emphasised.

Dr Parker explained that radium-223 delivers minute, highly charged and targeted doses of damaging radiation to bone metastases. Cells that are more than 100 microns distant are spared. “It has the potential to become a new gold standard for this disease,” he insisted.

Dr Parker said that, compared to chemotherapy, radium-223 has a completely different safety profile. Indeed, the ALSYMPCA trial was unusual in that toxicity was slightly greater in the placebo arm than it was in those treated with radium-223 (any grade 3/4 toxicity 51% vs 59%).

In general, he reported, side effects with radium-223 are minor - nausea, occasional loose stools, and a very small effect on bone marrow.

Dr Parker and his colleagues now intend to submit the ALSYMPCA data for regulatory approval. “I would hope that the authorities will approve radium-223 as a treatment for bone metastases in advanced prostate cancer soon,” said Dr. Parker.

He pointed out that this study was restricted to those men who were not going to receive chemotherapy for prostate cancer. “It would be interesting to use radium-223 chloride before chemotherapy, since it might be even more effective in that setting.”

He added: “It could also be used in many other types of cancers which metastasise to bone, regardless of the primary site. We believe that our trial may have paved the way for improvements in survival for very many cancer patients.”

A total of 1,226 patients with previously treated metastatic CRC were randomised to either 1-hour intravenous (iv) aflibercept (4 mg/kg), with or without FOLFIRI (leucovorin, 5-FU, irinotecan).

In this presentation, Professor Tabernero outlined details of a number of sub-group analyses of the VELOUR data – including performance status, age, gender, race, prior hypertension, number of organs involved, liver metastases only and primary cancer location (colon/sigmoid/rectum).

Supported by the lack of evidence of interaction among subgroups (p>0.1) the positive effect of aflibercept on OS was consistent across all subgroups but one – the presence or absence of liver metastases.

Professor Tabernero concluded: “These data confirm the robust nature of the original VELOUR findings, demonstrating that the addition of aflibercept to FOLFIRI improves OS and PFS in metastatic colorectal cancer not previously treated with oxaliplatin (Eloxatin). Furthermore, consistency of effect was seen among patients who had and had not received prior bevacizumab.

Commenting upon what he described as a “designer” protein approach to blocking tumour angiogenesis, Professor David Kerr (Head of Cancer Therapeutics, University of Oxford, UK, and current President of the European Society of Medical Oncology) said that the value of the VELOUR data was somewhat restricted by the multiplicity of sub-group analyses.

“What is needed,” he added, “are plausible biomarkers to guide patient selection. The overall survival data may well be clinically meaningful, but being able to apply new therapies to those most likely to benefit should be the goal.”