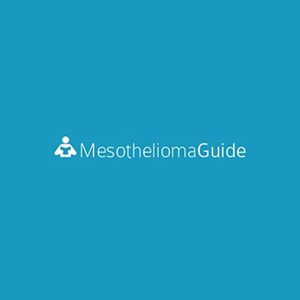 The U.S. Food and Drug Administration approved a new application of a current pleural mesothelioma treatment, according to a press release Monday from Eagle Pharmaceuticals.

The FDA approved pemetrexed injection for patients who are not surgical candidates. Pemetrexed is the generic name for the chemotherapy drug Alimta, which is administered intravenously.

The injection version of pemetrexed is branded Pemfexy. The new treatment method will not be available until February 1, 2022.

Pemetrexed is one of two FDA-approved chemotherapy drugs for mesothelioma. The other is cisplatin.

“I’m curious as to what they see as its utility,” said Dr. Raja Flores, the director of the mesothelioma program at Mt. Sinai Hospital in New York City. “I personally would like it to be injected directly into the tumor to reduce the toxicity in the bloodstream.”

Injection directly into the tumor location would attack the cancer similar to intraoperative chemotherapy, which involves a liquid drug administered into the body during surgery.

However, it seems the pemetrexed injection will not be used in the same manner.

According to the U.S. National Library of Medicine, the pemetrexed injection is a liquid administered into a vein for around 10 minutes and usually once every three weeks. This administration requires much less time than standard chemotherapy (usually around 30 minutes to one hour).

Even though the injection goes into the vein, there should be benefits for pleural mesothelioma patients. The newly approved method involves a “ready-to-dilute formulation”, according to the press release, and only requires an injection. Standard chemotherapy involves a bag and a “drip” method, which takes longer to administer.

“Maybe that makes it easier so you don’t have to have the drug dripping in there for a few hours and you can be there for just 10 minutes,” Dr. Flores said. “If it has the same effect and it’s giving you less time in the hospital — if they can inject it over 10 minutes — then that’s good.”

This FDA approval is the second within one year for pleural mesothelioma. Last May, the agency approved the NovoTTF-100L System for the rare cancer, which affects approximately 3,300 Americans each year. The treatment is a tumor treating fields device that sends electrical shockwaves into the patient’s body.

About the Writer, Devin Golden

Devin Golden is the content writer for Mesothelioma Guide. He produces mesothelioma-related content on various mediums, including the Mesothelioma Guide website and social media channels. Devin's objective is to translate complex information regarding mesothelioma into informative, easily absorbable content to help patients and their loved ones.