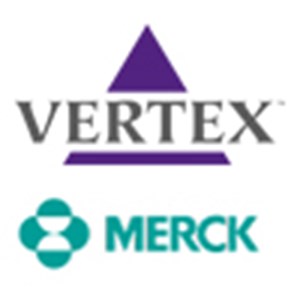 Both drugs are protease inhibitors (PIs) and are designed to block an enzyme that helps the hepatitis C virus replicate. Hepatitis C is a liver disease caused by infection with the hepatitis C virus, which is transmitted through contaminated blood. The infection can cause liver failure and liver cancer.
Last Updated: 10-May-2011

An advisory committee of the Food and Drug Administration (FDA) has voted unanimously that Vertex Pharmaceuticals Inc.'s (VRTX) hepatitis C drug telaprevir and Merck’s hepatitis C drug, broceprevir should be approved by the FDA. The FDA decision is expected later this month.

The move follows the presentation and publication of new data on the drugs at the recent annual meeting of the European Association for the Study of Liver Disease (EASL) held in Berlin. Also presented at the meeting was data on Novartis' novel investigational oral agent alisporivir. This data was described as “fantastic” by EASL vice secretary Mark Thursz, professor of hepatology at Imperial College, London, while Robert Flisiak from the Medical University of Bialystok, Poland, told the congress as he presented the data: “This novel agent has the potential to be an important component of future hepatitis C treatment.” The availability of novel agents such as alisporivir and the protease inhibitors marks a new era in the treatment of hepatitis C infection. More than 30 potential hepatitis C agents are currently in R&D pipelines. Professor Thursz said that the new PIs offered unprecedented levels of sustained virological response and would be used initially with the current standard of care, pegylated interferon-alpha plus ribavirin. However, with so many potential novel treatments for hepatitis C on the horizon, he envisaged a time when standard of care for hepatitis C would be an interferon-free regimen. Boehringer’s HCV polymerase inhibitor BI 207127 has been fast-tracked by the FDA in combination whilst Bristol-Myers Squibb is trialling its PI, BMS 650032, in combination with the NS5A inhibitor BMS 790052.

Novartis’ alisporivir shows significant promise if its phase II data from the ESSENTIAL study, presented at EASL, is repeated in a phase III trial, which is now underway. The ESSENTIAL study involved 300 previously untreated patients infected with genotype 1 HCV. Of those treated with alisporivir, plus standard of care (pegylated-interferon alfa 2a/ribavirin), 76% achieved superior viral cure compared to 55% of patients on standard care alone 24 weeks after stopping treatment.

The study’s principal investigator, Stefan Zeuzem from Goethe University Hospital in Frankfurt, said: “Hepatitis C is difficult to treat and current therapies are effective only in about half of patients with the most prevalent genotype. These results are exciting because a large majority of patients achieved sustained viral response with alisporivir.”

Alisporivir is the first in a new class of drugs called cyclophilin inhibitors. Unlike other compounds in development that target the hepatitis C virus directly, alispirovir, targets host proteins that the hepatitis C virus uses for replication. A Phase IIb trial looking at the potential of the agent in HCV patients with genotypes 2 and 3 is also underway. The host proteins are needed for replication in all types of HCV infection so there is potential for the agent to have broad activity; there are six variations of HCV.
An international Phase III study is evaluating the efficacy and safety of alisporivir combined with standard care in previously untreated HCV G1 patients. The Phase II study showed that serious adverse events occurred in 6.9% of patients treated with alispirovir and standard care compared to 5.5% of patients treated with standard care alone. Prof Flisiak reported a higher rate of bilirubin (32.9% versus 1.4% in the alisporivir-treated group compared to standard care alone) but this was transient and reversible and associated with the initial loading dose. Final data from the Phase III ESSENTIAL-2 is expected in March 2013.

Novartis medical director Nikolai Naoumov said: “The data is very encouraging because it has produced a significant response in the most common form of HCV which can be very difficult to treat and with a reasonable safety profile. If the results of Phase III and other studies are also encouraging, this agent could offer a paradigm shift in clinical practice by being able to treat a number of genotypes and patients who have not responded to standard care.” Novartis in-licensed alisporivir, also known as DEB025, from fellow Swiss firm Debiopharm in February 2009.