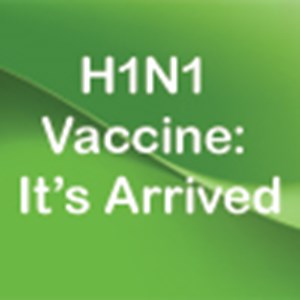 Ever since the H1N1 virus first came onto the world map in April, ‘Where’s the vaccine?’ has been the cardinal question on everybody’s lips. As world governments scrambled to control the outbreak, supranational bodies such as the World Health Organization (WHO) threw themselves at the task of producing weekly updates for a virus which we originally knew very little about.
Last Updated: 27-Aug-2010

Ever since the H1N1 virus first came onto the world map in April, ‘Where’s the vaccine?’ has been the cardinal question on everybody’s lips. As world governments scrambled to control the outbreak, supranational bodies such as the World Health Organization (WHO) threw themselves at the task of producing weekly updates for a virus which we originally knew very little about. Their efforts rendered the first wave of the virus relatively mild in comparison to some of the earlier, more destructive predictions and bought the world’s scientists the necessary time to produce a vaccine.

Today, that day has come. Three out of the four U.S. producers (AstraZeneca, Australia's CSL, GlaxoSmithKline and Novartis) have confirmed the release of initial shipments; addressing the House Energy and Commerce Committee, U.S. Secretary of Health and Human Services, Kathleen Sibelius, said: "We will have enough vaccine available for everyone”. Here in Europe, the vaccines have been given the green light from regulators and administration of the vaccine to the approximately 11m individuals considered most ‘at risk’ will likely begin in the next few weeks. In commenting on the developments at his weekly press conference, the UK’s Chief Medical Officer, Sir. Liam Donaldson said: “The good news is we’ve got the green light to approval of the vaccine at European level and we’re expecting to be able to start administering it in the second part of October”.

In anticipation of the first round of immunization in the UK, over 1,000 children between the ages of six months to 12 years are currently taking part in clinical trials across five sites in England, as officials seek to compare the efficacy of the two H1N1 vaccines currently being considered for universal public use. The trials are taking place at five key sites across England in Oxford, Bristol, Southampton, Exeter and London. In comparing the two UK-approved vaccines, from GlaxoSmithKline and Baxter, trial leaders will be looking for the vaccine that produces both the greatest immunity, alongside the mildest side-effects.

As with any new vaccine or drug of similar ilk, uncertainty and apprehension in the public domain is to be expected. For that reason, the WHO’s recent moveto re-affirm its confidence in the safety of the virus is a welcome step that should bring further confidence to the international community. A spokesman for the organization said: "It is important to remember that the vaccines, which have already been approved, have been used for years and years and years in their seasonal vaccine formulation and have been shown to be among the safest vaccines that exist”. The WHO now also predicts a worldwide production capacity of approximately 3 billion doses per year – a sharp reduction from the previously stated figure of 5 billion. Yet since that point clinical trials have shown a single dose of the vaccine to be sufficient in delivering protective immunity. The figure is still, nevertheless, no-where near adequate to cover a world population of 6.8 billion people and global shortages are inevitable. As it stands, several world governments, including the United States of America, Australia, Brazil, France, Italy, New Zealand, Norway, Switzerland and the United Kingdom have all agreed to donate substantial shipments of the vaccine to countries in the developing world.

At £5.25 per jab, GP remuneration has also been agreed and the vaccine itself is ready to go. Doubtless as we begin to pull in results from the first rounds of immunization, the next few weeks will tell us at lot more about the real-world effectiveness of the vaccine. According to a recent scientific modeling study published in the medical journal, Science, as much as 70% of the population will need to receive the vaccine before we start to see a considerable reduction in the spread of the virus under its current conditions. The report also suggests that the virus may have a notably higher rate of transmission than originally thought; researchers have drawn comparison between the virus and the spread of the Asian influenza A (H2N2) pandemic of 1957-58. Primary study author, Dr. Yang Yang, of the University of Washington School of Public Health, said: "Our estimates of pandemic H1N1 in households, schools and in the community places this virus in the higher range of transmissibility”. Until then, we can at least rest safe in the knowledge that after 39 weeks of updates, countless rounds of clinical debates and tens of decisive clinical trials, finally, it’s arrived.