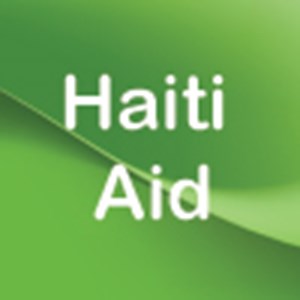 At 16:53 local time on Tuesday, 12 January 2010, the small Caribbean island nation of Haiti was dealt another cruel blow: a massive 7.0-magnitude earthquake struck at the heart of the nation - just over 15 miles west of the capital of Port-au-Prince. With the already traumatic history of this poor yet historic nation in mind, the events of January 12 represented yet another devastating hit to the already fragile foundations of this young nation.
Last Updated: 27-Aug-2010

At 16:53 local time on Tuesday, 12 January 2010, the small Caribbean island nation of Haiti was dealt another cruel blow: a massive 7.0-magnitude earthquake struck at the heart of the nation - just over 15 miles west of the capital of Port-au-Prince. With the already traumatic history of this poor yet historic nation in mind, the events of January 12 represented yet another devastating hit to the already fragile foundations of this young nation. Since independence, the people of Haiti have battled with everything from widespread poverty to rampant internal corruption. Yet while more recent coverage of Haiti has often focused on the instability and fragility of the nation – not to mention its long association with military coups (over 30 in its 200 year long history) – the country also boasts a proud record of collective determination and resilience, alongside a diverse cultural richness. In 1804 a historic slave revolt led to the founding of the world’s first black republic and the end of the country’s long history under colonialism. The people of modern-day Haiti have been through a lot too. More than almost any other people on this planet, they have suffered. Haiti is the poorest country in the entire western hemisphere.

Since the day the quake hit, the global pharmaceutical sector has donated just over $15 million in cash donations - alongside millions more in medical supplies - towards the relief efforts in Haiti. Among the top cash donors, Novartis and Amgen have donated $2.5 million and $2 million respectively, while the British drugs giant GlaxoSmithKline has donated over $1.8 million in combined relief. Teva, the world’s largest generic pharmaceutical company, has promised an impressive $7 million in medicines and supplies. Pfizer has also made un undisclosed cash donation to the relief efforts and with a base in the neighboring Dominican Republic, the company is working with authorities to ascertain which drugs are most in demand. Indeed, without taking the time to list every single donation, it is fair to say that almost every pharma company has made a considerable donation to the relief and reconstruction efforts in the country. For a complete list of all the donations made so far, see here.

In announcing his company’s contributions, Kevin Sharer, Amgen’s chairman and chief executive officer said: "The earthquake that hit Haiti this week has devastated the lives of hundreds of thousands of people in Port-au-Prince and beyond”, adding that "The contributions are expressions of our sincere sympathy for those directly affected by this tragedy”. In addition, Billy Tauzin, President and CEO of the Pharmaceutical Research and Manufacturers of America (PhRMA) said: “The day the news broke about the tragedy in Haiti, America’s biopharmaceutical companies got to work – coordinating efforts with relief organizations and health care groups already on the ground – making sure everything from simple antibiotic creams to critical medicines were made accessible to victims. And the more the need for medicinal aid is defined, the more our companies are providing it. The vital role of PhRMA companies and their employees in the global community is clearly defined by such catastrophic situations. It’s our civic responsibility to provide health care professionals the tools they need to help save lives, and we’re proud to take part in this effort, which will lead to the eventual recovery of Haiti”.

Over the past few months our PharmiWeb.com editorials have demonstrated a steadfast commitment to addressing the difficult questions of the day. Indeed, not once was I challenged on the nature of any of my articles as I proceeded to ask some fairly tough questions of global pharma on everything from payments to physicians, to U.S. healthcare reform and healthcare lobbying. I will continue to do so. Journalistic freedom is essential and we will never shy away from asking the difficult questions. Equally, any criticisms one does make needs to be balanced by a willingness to acknowledge the positives when they’re standing in front of you. Doubtless, then, the speedy and generous reaction of pharmaceutical companies to the recent earthquake in Haiti demonstrates an honorable consistency in the industry’s actions at times of humanitarian crisis. And while a cynic might point the obvious PR benefits of such an operation, the truth is that such altruism is unquestionably beneficial to the people of Haiti as they try to recover from one of the worst natural disasters in recent history. Indeed big-hearted gestures should not be allowed to be shunned or even disrupted by the often unseemly noise of partisan politics. Let’s call it as it is: this is a good move on the part of big pharma.

Yet while the morality of the act itself should not be questioned – and the aid promised so far praised – it is fair to address the issue of quantity in deciding quite how generous the scale of the donations have been so far. First, in contrast to the generosity displayed by big pharma in the aftermath of the 2004 Indian Ocean Tsunami, the current figures pledged to Haiti are not all that great. Yet second, and perhaps of even greater significance, is the fact that current cash donations represent a mere 4% of daily global sales. When you consider that many small businesses – and no doubt numerous individuals – have given well beyond the 5% mark, one is forced to ask whether pharma could not afford to give a little bit more.

Let’s be clear though: none of this is to suggest that we shouldn’t praise big pharma for what they’ve given already. Any aid is good aid; $10+ million is never a bad donation. Be that as it may, the truth is that certain industry giants could perhaps afford to go that little bit further. And if by applying a measure of collective pressure we can make that happen, then both parties will stand to benefit in the long-run.