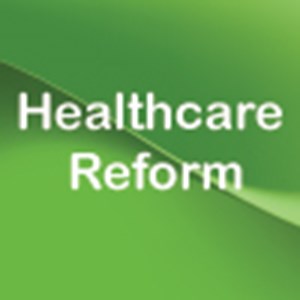 Back in December it was all but a question of time. More or less every pundit was concerned with ‘when’ and not ‘if’ and an increasingly divided nation was finally bracing itself for the very real possibility of comprehensive healthcare reform. The debate had been more or less exhausted and the Republican strategy continued along the lines of obstructionism pure and simple.
Last Updated: 27-Aug-2010

Since then a lot has changed. In Massachusetts, Republican Scott Brown defeated the less than convincing Democratic candidate, Martha Coakley in a Senate special election, sending shockwaves through Washington and a causing near-paralysis for the process of reform. The 60-vote Democratic super-majority had been lost and with it the guarantee that any bill would once again find favour in the Senate. And while still to this day polls demonstrate overwhelming bi-partisan support for the individual components of reform, there can be little doubt that Mr. Brown’s election to the Senate, particularly in a state such as Massachusetts, reflected considerable public unease with the process by which the arguments were being won. In arguably his best moment of the campaign, when asked about the ethical or moral implications of using the ‘Kennedy Seat’ to oppose healthcare reform in Washington, Mr. Brown came up with the best one-liner of the entire campaign."It's not the Kennedy seat and it's not the Democrat's seat”, he said, “It’s the people’s seat”. Republicans claimed the results as a referendum on reform and Republican minority whip, Eric Cantor, said the victory was a clear rejection of Democratic “arrogance” on the matter.

Almost overnight then, the passage of healthcare reform had gone from being a mere Congressional formality to a mathematical uncertainty. In the words of the New York Democrat Anthony Weiner, "I think you can make a pretty good argument that health care might be dead”. The Democratic leadership had other ideas and so did the President. The real challenge was to find the next step forward. Bar giving up the fight entirely, the Democrats were essentially faced with two real options: either the House could pass the already-approved Senate bill without amendments, or they could scrap the current bill in its entirety and start again. The White House’s preference was clear from the start: pass the Senate bill and face the consequences. President Obama’s legislative agenda depends on it.

Fast forward two months and the President has now seemingly leapt into action. Mr. Obama hosted a ‘Healthcare Summit’ in the Capitol last week and finally made good on his campaign promise of a more transparent style of leadership. However, having hinted at a possible return to the spirit of bi-partisanship, the Blair house summit provided little to nothing of substance. Almost without exception, the entire seven hours were defined by a continual bickering between two sets of equally stubborn Congressmen and women. And while the Democrats put forward some truly unconvincing performances of their own, the Republican contribution was perhaps best typified by Senator Lamar Alexander’s (R-Tenn) utterly dishonest representation of the bill’s potential impact on premiums. As Ezra Klein of the Washington Post has conclusively shown, ‘The bottom line is that if you're comparing two plans that are exactly the same, costs go down after reform’. Mr Obama also lambasted the Senator’s comments, calling them “not factually accurate”.

Thus despite all the brouhaha, and not forgetting the White House’s token offer to include some Republican proposals in the final bill, the so-called ‘CPAN-summit’ will have done little to convince voters that bi-partisanship is suddenly back in fashion in Washington. In calling the meeting to a conclusion, President Obama re-iterated his resolve to push on with reform without Republican support, vowing not ‘to have another year-long debate about this’ and promising to push ahead with procedures in the Congress.

Now then, and with the possibility of compromise all but exhausted, the President has made his biggest gamble yet. Standing alongside a prominent group of doctors and nurses, Mr. Obama vowed to “bring this journey to a close", and called for a conclusive “up or down vote” on the measure. Speaking from the East Room of the White House, Mr. Obama warned of the financial dangers of sidestepping the issue and set a two-week timetable for competition. Republicans are unsurprisingly irate. They argue that by attempting to pass the bill through the little-known process of reconciliation, the Democrats are going against every legislative precedent on the books. The facts state otherwise. In 2001 Republicans passed President Bush’s still-controversial program of tax cuts by way of reconciliation. Again in 2003, a second wave of Bush tax cuts were passed through the very same process. As Ezra Klein points out, while healthcare reform has a 10 year cost of around $950 billion, the Bush tax cuts cost $1.8 trillion over the same period. ‘Lamar Alexander voted for them’. The Economist has an excellent piece on the ins and outs of the somewhat ironically named legislative technicality called reconciliation.

Of particular note for pharma, in his closing speech on healthcare reform the President was keen to restate the industry’s broad support for healthcare reform in its current prescription, and to further stress the positive impact that the legislation will have on the market itself. Indeed while there has been much mainstream controversy over the White House’s alleged big deal with pharma, the industry itself still remains largely behind the reforms. Last month The Pharmaceutical Research and Manufacturers of America (PhRMA) released a second statement in support of healthcare reform, promising continued support for the legislation. “We remain committed to health care reform done in a fair and smart way”, they said, adding that “We continue to believe that all Americans should have access to high-quality, affordable health care coverage and services”.

Yet in the end this all comes down to judgement. Indeed, once you put aside the much-debated differences in ideology and outlook (and there are some very real and legitimate ones), you are left with a fairly simple choice: pass the bill and all but guarantee coverage for 31 million more Americans – as well as prohibiting discrimination against Americans with pre-existing conditions - or hang in for something better in the future. The fact is that the American people have been waiting for something better for over 75 years now. Never have we had a better chance of getting something done. And while there is no doubt that the current plans are not universally popular, Mr. Obama was elected on a clear mandate to reform the healthcare system of America. It was a core element of his manifesto and he is trying to fulfil his pledge. There should however be no illusions: this is not a perfect bill. It doesn’t do everything that needs to be done on the question of costs and its filled with the usual waste and pork that Washington is now all too famous for. Legislation is rarely perfect and this bill is no exception. (Anyone particularly interested on the question of costs would be well advised to follow in the footsteps of the Democratic and Republicans lawmakers at the healthcare summit by reading this New Yorker essay from last year).

Perhaps one of the most legitimate criticisms of Mr. Obama’s performance on this issue was his initial unwillingness to sell the reforms to the American people directly. Having handed the entire reform program over to wildly unpopular Democratic leaders in the Congress, Mr. Obama then locked himself in the Oval Office and waited for good news. Having stood then – as well as today - as the most popular Democrat in the administration, this was unquestionably bad strategy on the President’s behalf. And yet for all the attacks that Conservative pundits are likely to level at the President in the wake of his decision to push this thing through, one thing they now cannot accuse him of is passive leadership. It may not be an exaggeration to say that this single vote might come to define Mr. Obama’s Presidency. His leadership then is admirable.