Homeopathy and the NHS 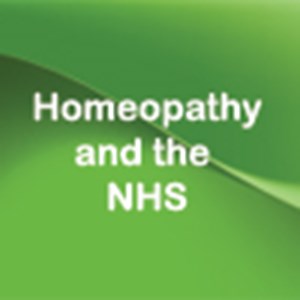 Since the moment of the NHS’s very inception in 1948, complementary medicine has formed an accepted and often-used element of the country’s national health service. Thousands of Brits swear blind by the efficacy of homeopathic treatments and rates of patient satisfaction are often far higher at the country’s homeopathic hospitals than they are on standard NHS wards. Yet while many patients claim a strong appreciation of the benefits of homeopathy, the science tells another story.
Last Updated: 27-Aug-2010

Since the moment of the NHS’s very inception in 1948, complementary medicine has formed an accepted and often-used element of the country’s national health service. Thousands of Brits swear blind by the efficacy of homeopathic treatments and rates of patient satisfaction are often far higher at the country’s homeopathic hospitals than they are on standard NHS wards. Yet while many patients claim a strong appreciation of the benefits of homeopathy, the science tells another story. On February 22nd the government Science and Technology Committee published a damning report on homeopathy, branding it nothing more than a ‘placebo treatment’ and warning that ‘the NHS should cease funding homeopathy’. In addition to calling for an end to all government funding for the treatments, the Committee also stated that manufacturers must no longer be allowed to make unsubstantiated claims of efficacy on the labels of their products. Phil Willis, the Chairman of the government committee concluded the report by stating that homeopathic treatments are simply not supported by mainstream modern science. "It sets an unfortunate precedent for the Department of Health to consider that the existence of a community which believes that homeopathy works is 'evidence' enough to continue spending public money on it." And while the publication of the report is likely to have upset a number of prominent backers of the field – such as Prince Charles – the opinions of important figures must not be allowed to get in the way of solid science. In the case of homeopathy, there simply isn’t any.

Yet while homeopathy has rightly been singled out for the scorn of the scientific community, that is not to say that all alternative treatments are equally ineffective. As a recentpiecein the Guardian defending the tenure of Professor Edzard Ernst – the UK’s only professor of complementary medicine – reports, St John’s wart has been approved for the treatment of depression and even acupuncture has been found to have some benefits by the Professor. In the case of homeopathy however, the evidence is clear: it is as good, and no better, than a sugar pill. In the words of the committee’s report: "the systematic reviews and meta-analyses conclusively demonstrate that homeopathic products perform no better than placebos”. In the case of homeopathy, the Professor is right behind the evidence, branding it ‘outright quackery’.

Having conceived of the concept of homeopathy in the late 18th century, German physicist Samuel Hahnemann’s thinking was deeply rooted in his fervent distaste for the conventional scientific practices of the day. He had a strong dislike for some of the harsher treatments of the medical practice and in homeopathy he found a more ‘holistic’ way of treating his patients. ‘My sense of duty would not easily allow me to treat the unknown pathological state of my suffering brethren with these unknown medicines’, he wrote. The Organon of the Healing Art – his treatise on the technicalities and practical details of the subject was published in 1810. In detailed technical terms, homeopathy is as wacky as it sounds in simple theory. Based on the simple Latin maxim of similia similibus curentur – or “let like be cured by like”, Hahnemann believed that by inducing a disease with similar symptoms, the original (‘artificial’) symptoms would naturally subside. In preparation, the remedies are heavily diluted on the centesimal scale (or ‘C’ scale) – in the case of most remedies (30C) until the solution contains not a single molecule of the original substance and is chemically indistinguishable from the diluent in question (usually alcohol or distilled water). In the words of David Colquhoun, Research Professor of Pharmacology at UCL, ‘most of the medicines contain no medicine whatsoever. Zero, zilch, nothing’. The more diluted the substance the more potent it is considered to be. It is then, on the most basic of levels, utter codswallop.

One of the most prominent defenses of the field is that while homeopathic treatments may well be nothing more than uncomplicated placebo, the placebo itself does have an effect and has proven efficacy in the treatment of certain conditions. On a strictly scientific level, there is at least a grain of truth here. Yes, various forms of placebo – be it longer consultations, quality of care or smartly branded medicines – can all have an impact on the speed of a patient’s recovery. Unfortunately for those that champion the field of homeopathy, this is not to suggest that Doctors should be knowingly misleading patients by suggesting that homeopathic treatments are anything more than precisely that – placebo and placebo alone. Thus, not only is this a question of sound science but also sound ethics. As Professor Colquhoun puts it: ‘You might as well say that Chanel No 5 should be available on the NHS because it makes some people feel better’.

At a time of such intense financial strain, can we not find slightly better things to spend our healthcare budget on? There may well be a small audience for it, but there is, according to study after study, no science to support it. The Department for Health has said it will respond to the study within two months. For the sake of facts over fiction and science over sorcery one can only hope that they will come to the right decision.