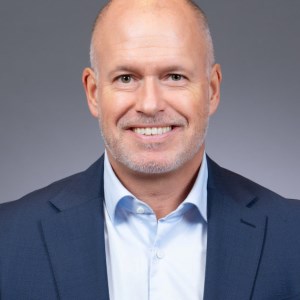 Pharmaceutical fraud remains a major challenge for the healthcare industry and the coronavirus pandemic has led to a further rise in counterfeit medicines creating a serious health threat to patients and significant challenges for enforcement authorities. From a supply chain perspective, it diminishes the commercial trust that needs to exist between organisations to provide essential products from manufacturing to patient. In the US alone, according to Deloitte, more than $200bn is lost each year because of counterfeit drugs infiltrating insecure supply chains.

Against this backdrop, blockchain has been identified by the pharmaceutical industry as a technology that could be a gamechanger in the fight against counterfeit medicines. This is because blockchain has several properties which give it the potential to improve the trust, accuracy and reliability of transactions and information shared in the supply chain about the origins, location and tracking status of drugs.

So, what exactly is blockchain? Essentially, blockchain is a digital transaction ledger with a growing list of records called blocks, securely linked together using cryptography. It is a distributed database that can record transactions between two or more parties efficiently and in a verifiable and permanent way. The blockchain records transactions and communications in these blocks across multiple computers so that everything is transparent. The record itself is tamper-evident and cannot be altered retrospectively without breaking the cryptographic signature and alerting all the other users.

While blockchain was originally associated with Bitcoin and the management of cryptocurrencies, the fundamental concept of the technology is to manage any transaction digitally. The early public blockchains are also built around the principle of allowing every participant in the blockchain to have full visibility and access to the entire contents of the database. For many pharmaceutical companies and healthcare organisations, this does not sit well and causes concerns around data protection and management. So, a new generation of private blockchain is emerging where a single authority or organisation ultimately retains control, and no one can enter this type of network without proper authentication.

Efficiency. Unlike traditional record-keeping processes, records are made and stored in a single distributed blockchain ledger that is accessible to all participants. There is no need to reconcile or consolidate different sets of records held by various third parties. The complete supply chain becomes traceable, and products such as medicines or equipment are easier to track, along with information such as manufacturing location, batch number and expiry date details, which improves stock control and rotation.

Immutability. Records cannot be changed unless a consensus is reached between all the participants in the blockchain. This means, for example, that no entity involved between a drug company and the retailer can alter the data to include counterfeit drugs, whilst the movement of drugs between the companies and medical facilities can be tracked in near real-time through the data stored on the blockchain.

Security. Records stored in the blockchain are more secure than traditional records because, rather than residing on a single server, the data is stored multiple times in a decentralised way by a network of participants. The records themselves are tamper-evident and far less vulnerable to being compromised or changed by a malicious third party than they would be if they were stored through traditional forms of data storage. The private blockchain is there to support the business not the individual, unlike their public counterparts.

Traceability. Blockchains create a comprehensive ‘beginning to end’ audit trail for each new transaction that is recorded. If an issue such as a counterfeit drug or even just a faulty or expired drug is detected, the user could look at all previous data entries, touch points, locations and timestamps to trace all the way back to find the origin of the product, the specific manufacturer and even the specific batch that it came from.

Three of the biggest pharmaceutical conglomerates – Pfizer, Amgen, and Sanofi – are already working side-by-side to find the most effective ways to utilise blockchain technology, from storing data safely to speeding up clinical trials and ultimately lowering drug development costs.  Another initiative to explore the use of blockchain in the pharma supply chain is the MediLedger Network, which is made up of pharmaceutical manufacturers and wholesalers to explore the potential of blockchain to meet the Drug Supply Chain Security Act requirements for a track and trace system for US drugs by 2023.

The rush to develop and take to market Covid-19 tests, vaccinations and therapeutics has further accelerated interest in blockchain. For example, in the UK National Health Service, two hospitals in Warwick and Stratford-upon-Avon started using distributed ledger technology to monitor the rollout of the COVID-19 vaccines.

As well as managing the supply chain, blockchain technology can be used to give more confidence in the privacy of information in clinical trials, leading to shorter cycles for drug development and discovery. A BioMed Central report touches on how the reproducibility of clinical research studies has been an issue and how using blockchain technology can combine privacy with secure, decentralised tracking of all data.

Blockchain can add undeniable value in tracking, monitoring and reducing issues in pharmaceutical supply chains. Although it will not eliminate all risks, blockchain can help to tackle issues associated with legacy and disparate systems. Due to its immutability, transparency and traceability, it can offer efficient and accurate end-to-end tracking and monitoring of the supply chain and can provide a verifiable and auditable account of information. There is already an appetite among the pharmaceutical sector and in the NHS in the UK for using this technology to improve record-keeping and data-sharing, so expect to see a lot more blockchain activity in the coming five years.