How can life sciences deal with an M&A explosion? 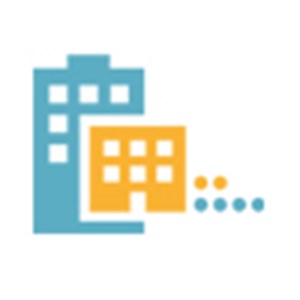 So far this year the total figure for global pharma transactions has reached $140bn, representing 13% of total M&A activity and second only to the technology sector in terms of the value of deals. Had Pfizer’s bid been successful it would have been the biggest acquisition the pharmaceuticals world had ever seen.
Last Updated: 17-Jun-2014

The huge increase in mergers and acquisitions in the pharmaceuticals sector shows no sign of slowing. Pfizer’s recent attempt to perform an $118bn takeover of British drugmaker AstraZeneca may have been ultimately unsuccessful, but this kind of deal is becoming more and more common in the industry.

So far this year the total figure for global pharma transactions has reached $140bn, representing 13% of total M&A activity and second only to the technology sector in terms of the value of deals. Had Pfizer’s bid been successful it would have been the biggest acquisition the pharmaceuticals world had ever seen.

Why the rise in M&A?

It’s evident that the research and development side of pharma has been drastically changed by the large mergers of the 1990s. Some of the major players are finding that their size alone is making growth difficult, and many of their products are going off patent at a time when the industry is facing fewer drug approvals. Consequently, a number of them are looking to buy companies with solid pipelines of products in order to drive growth.

As a result of this new appetite for deals and an increasingly regulated environment, company secretaries are now more in demand than ever, a fact that has been reflected in DMJ Recruitment’s latest salary survey which reveals that their salaries have risen by 10-15% in the last two years, as organisations fight to keep hold of their top talent. This means that company secretaries in the sector are now the second best paid after those in the financial services industry.

In particular demand has risen significantly for candidates with 4-5 years’ company secretarial experience, with the number of roles advertised by life sciences businesses rising by 18%. And according to PwC, this is only going to continue, as companies look to become more focused and niche. The more organisations join forces to keep up with market growth, the greater the demand in this area will be.

What roles do company secretaries play?

Company secretaries have a broad range of responsibilities during a takeover or merger, from establishing datarooms, carrying out due diligence, and providing the board with business critical information at every stage of the transaction. They are heavily involved in producing reports of both organisations’ finances and making sure their shareholders are completely aware of the financial health and history of the other organisation participating in the deal. This communication was particularly important in the case of Pfizer and AstraZeneca, where the shareholders all had strong, if divided opinions about the bid.

They also act as board advisors during the merger or acquisition, by making sure the decision-makers have a clear understanding of the company they are considering merging with. Clearly in order for the board to make the most ethical decision on behalf of the shareholders, the secretarial team plays a vital role.

What skills will pharma need in the future?

With the rise in M&A activity, we predict the role of company secretaries within the industry will increasingly take centre stage, with a new breed of expert required who combines  technical knowledge of the sector with the ability to liaise with board members, shareholders and employees.  In the latter case this could mean dealing with redundancies.

Whereas in the past the role may have been more to do with statutory filings and board administration, the remit of a company secretary is set to evolve and pharma businesses are advised to upskill their teams accordingly. Organisations seeking to expand through mergers and acquisitions need to look to candidates with experience in project management in order to facilitate these deals.  While in the past the company secretary may have played a more behind the scenes role, going forward the onus will definitely need to be on more rounded individuals with first class communication skills who can liaise effectively with stakeholders both internally across organisational departments, as well as externally.  While experience in compliance and risk has always been important, it’s set to become even more highly valued as the increasing scrutiny into deals in the sector continues.

Given the number of international deals taking place in the sector, life sciences companies will also need to look to individuals with experience of working in a multinational organisation, particularly those with the appropriate legal background to deal with the number of international agreements for supply and distribution. This is supported by DMJ’s own research, which reveals that companies are facilitating moves from their legal department over to their company secretarial team. With the skills shortage in the UK predicted to continue, companies may well have to look abroad in order to fill this void.

Despite the current spate of mergers and acquisitions taking months to reach fruition, some M&A in the industry have been a case of a hostile takeover.  In the case of Valeant Pharmaceuticals’ attempt to wrestle control of Botox-producer Allergen, the company claimed to have no warning of the bid.  If this trend continues, secretarial teams will need to be made up of people who can think on their feet, work to extremely short-term deadlines and give the board immediate guidance.

Another point which DMJ’s salary survey has noted is the growing importance of company culture in the pharmaceutical industry. With organisations trying to drive growth, it will become even more crucial to have teams in place who are acclimatised to operating within a large corporate culture and the various challenges this can bring.  We’re already seeing evidence of this, with large pharma companies beginning to value experience in a similarly sized business above relevant sector expertise.

Who will thrive in the future?

A recent PwC report predicted that as demand rises for medicine in the developing world, we may well see the globalisation of the pharma industry, leading to a further increase in M&A activity. The businesses that will thrive in the industry will be those that have well-rounded members of their secretarial teams, people with international experience and superb communication skills.  Those that don’t may find themselves ill-equipped to deal with the pharma landscape in the future.