IDMP SPOR: Argh! So much is changing – now what? 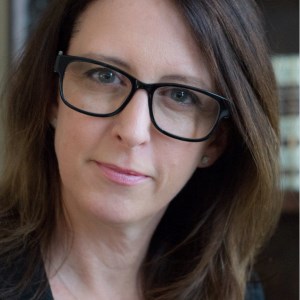 EMA’s latest shift in its IDMP implementation guidance has been well documented. At the coal face, it’s causing all kinds of confusion as pharma companies try to figure out what they should do now. At Amplexor Life Sciences’ BE THE EXPERT 2022, K2 Consulting’s Kelly Hnat drew on her ‘insider’ knowledge as an active participant in the EMA SPOR Task Force and member of the EMA PMS Process Focus Group, to provide some welcome clarity.
Editor: PharmiWeb Editor Last Updated: 07-Jul-2022

As most Regulatory teams know well, EMA has made some last-minute adjustments to its EU IDMP implementation plan, meaning that the Digital Application Dataset Integration Project (DADI) interface rather than FHIR will serve as the means for making data submissions - at least initially - once these become mandatory just under a year from now.

To many, the move may have felt like another challenge they could do without- not least because they have already invested so much in their IDMP SPOR-based data preparations. Unsurprisingly, these teams are wondering what to do next.

Before EMA announced this latest change, teams understood that they would need to collect all of the structured data around registered products, in the designated format, and get this submission ready, to be sent to the agency at the same time as any variations or initial marketing authorizations. This was – and remains - a huge deal.

Now, however, companies will fill out a form that’s essentially a structured data version of the form that their Regulatory teams have been filling out for years. This will ease some of the pressure to be ready for a full data ‘exchange’, while allowing progress with data-based submissions.

It’s understandable then that, after initial anxiety at EMA’s new direction, some companies have seen this as a chance to take their foot off the gas.

Yet, the need to collect, prepare and maintain structured data remains critical. First, because EMA still very much intends to implement its Product Management Service (PMS), which is where this data will ultimately sit. Indeed, DADI will be pulling in data from these PMS records. So there remains a vital data enrichment and correction process that the industry will have to go through – for all current and future product registrations and variations.

Second, as we all know, getting all of this data in order and in great shape has much broader value than merely checking a compliance box. This isn’t just about being able to dash off a report and hand it to the person who’s going to fill in this this application form. Longer term, this data will be imported into the PMS database, via a connector once developed. At which point the role and value of that data in its dynamic form will grow considerably, transforming not only the way Regulatory processes are managed but also broader access to reliable, current product data by healthcare providers and patients.

In the meantime, companies themselves have numerous potential internal use cases for all of this data in its clean, comprehensive, standardized and accessible form. These include the not-to-be-underestimated opportunity to tighten up and improve the CMC change/variations management process, something most organizations continue to struggle with.

Once rich, current product and registration details can be reliably managed as structured components in a database, it will be much easier to see and manage what’s approved in the market at a given point in time, which will reduce risk and inefficiency for pharma companies, and ultimately improve public safety and public health.

Many organizations are starting to pull registration data into data lakes and analytics platforms, where they’re able to view the data from a registration perspective. This gives them a feel for the broader possibilities – the chance to see at a glance what they have registered where, how this compares with what’s being produced and released to markets, and the associated commercial performance. Which license costs might not be worth continuing with, for instance? Or where are opportunities being missed?

It’s as companies begin to see what they have that they will start to really imagine how far they could take this, strategically as well as operationally for the business. That's a big benefit that organizations are going to start to see as they start to master this data - at least for Europe, where this initial IDMP drive is focused.