IMPORTANT DECISIONS FOR PHARMA IN INDIA 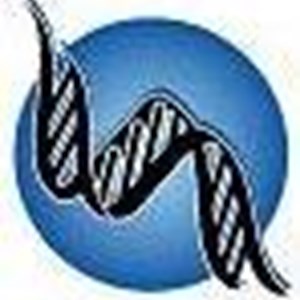 In this edition of StrategicEdge, CBR Pharma Insights discusses some of the recent rulings by the Indian courts and their impact on the pharmaceutical industry's increasing interest in India.
Last Updated: 27-Aug-2010

India is one of the emerging markets which is seen to have great potential to many pharmaceutical companies. However, India's complicated legal structure concerning patents can make the market a challenging one, as highlighted by several recent rulings.

Novartis is currently involved in the long process of trying to gain Indian patent approval for its cancer drug Glivec. Novartis' application for a patent for the beta crystalline form of Glivec was first denied by the Patent Controller's office in January 2006, and Novartis has continued to pursue the issue through a variety of courts. Most recently, the Intellectual Property Appellate Board denied the patentability of Glivec in its beta crystalline form in June under Section 3(d) of the amended Patent Law, which allows patents to be denied if a product is not shown to be more effective than an existing drug molecule. Novartis had appealed to the Indian Supreme Court, but at the end of August the Chief Justice of India ruled that the case must be re-assigned, after the Bench which the case came up to recused itself from hearing the matter.

Even when a patent is issued, court rulings can make the terrain very complicated for pharmaceutical companies. Roche obtained an Indian patent for its cancer drug Tarceva in 2007. In 2008, the Indian pharmaceutical firm Cipla filed a post-grant patent with the Delhi High Court, and then, as generally allowed by Indian law, began manufacturing their generic version and selling it before the Court ruled on their application. In such situations, if the generic drug maker loses the patent challenge, they then have to compensate

the patent holder for those drugs sold. On August 28th, the Indian Supreme Court rejected a petition by Roche to stop the generic version of Tarceva being sold by Cipla. The Supreme Court ruled that Cipla must continue to be allowed to produce the generic version of the drug to ensure public access to the drug at a lower cost. Cipla's generic is one-third the price of Tarceva. Roche continues to push for an early decision on Cipla's patent, and is hoping that the Delhi High Court will rule within six months.

Most challenging for many companies is the issue of patent linkage and in a ruling many are calling a “landmark” the Delhi High Court's threw out a petition made by Bayer in mid-August. Bayer received an Indian patent for its kidney cancer drug Nexavar in March 2008, which granted the company exclusive marketing rights for 20 years. Cipla developed a generic version of the drug and was given regulatory approval for their generic drug in November 2008 by the Drug Controller General of India (DCGI). Bayer filed a claim against the DCGI, the Indian government and Cipla to attempt to block the approval of Cipla's generic version, on the basis of Bayer's patent. However, the Delhi High Court threw out the petition in mid-August denying Bayer's attempt to link drug approval to the patent. The Court said that it cannot “conclude that unpatented drugs are spurious drugs” and admonished Bayer for attempting to “tweak” Indian public policy through the courts. The Court ruled that Bayer had no basis to bring the case, as regulatory approval and patent rights are not tied, and charged Bayer with paying $14 million in legal fees to Cipla and the Indian government. Bayer will continue in a separate suit against Cipla over violation of its patent rights for Nexavar.

With its large population, growing affluence and increasingly widespread access to healthcare, India will continue to be an interesting emerging market for multinational pharmaceutical companies. However, these recent rulings, particularly in the case of Bayer's Nexavar, highlight the challenges companies face operating in this complicated legal environment.

About CBR Pharma Insights:
CBR Pharma Insights is an innovative, strategic market research firm based in the United States established specifically to provide the pharmaceutical industry with the critical business research support they need and deserve through our innovative solutions.