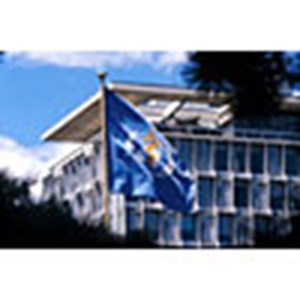 A child born in a Glasgow, Scotland suburb can expect a life 28 years shorter than another living only 13 kilometers away. A girl in Lesotho is likely to live 42 years less than another in Japan. In Sweden, the risk of a woman dying during pregnancy and childbirth is 1 in 17,400; in Afghanistan, the odds are 1 in 8.
Last Updated: 27-Aug-2010

Biology does not explain any of this. Instead, the differences between and within countries result from the social environment where people are born, live, grow, work and age. These "social determinants of health" have been the focus of a three-year investigation by an eminent group of policy makers, academics, former heads of state and former ministers of health. Together, they comprise the World Health Organization's Commission on the Social Determinants of Health. Today, the Commission presents its findings to the WHO Director-General Dr Margaret Chan.

"(The) toxic combination of bad policies, economics, and politics is, in large measure, responsible for the fact that a majority of people in the world do not enjoy the good health that is biologically possible," the Commissioners write in Closing the Gap in a Generation: Health Equity through Action on the Social Determinants of Health. "Social injustice is killing people on a grand scale."

"Health inequity really is a matter of life and death," said Dr Chan today while welcoming the Report and congratulating the Commission. "But health systems will not naturally gravitate towards equity. Unprecedented leadership is needed that compels all actors, including those beyond the health sector, to examine their impact on health. Primary health care, which integrates health in all of government's policies, is the best framework for doing so"

Sir Michael Marmot, Commission chair said: “Central to the Commission’s recommendations is creating the conditions for people to be empowered, to have freedom to lead flourishing lives. Nowhere is lack of empowerment more obvious than in the plight of women in many parts of the world. Health suffers as a result. Following our recommendations would dramatically improve the health and life chances of billions of people.”

Life expectancy for Indigenous Australian males is shorter by 17 years than all other Australian males.
Maternal mortality is 3-4 times higher among the poor compared to the rich in Indonesia. The difference in adult mortality between least and most deprived neighbourhoods in the UK is more than 2.5 times.
Child mortality in the slums of Nairobi is 2.5 times higher than in other parts of the city. A baby born to a Bolivian mother with no education has 10% chance of dying, while one born to a woman with at least secondary education has a 0.4% chance.

In the United States, 886,202 deaths would have been averted between 1991 and 2000 if mortality rates between white and African Americans were equalized. (This contrasts to 176,633 lives saved in the US by medical advances in the same period.)

In Uganda the death rate of children under 5 years in the richest fifth of households is 106 per 1000 live births, but in the poorest fifth of households in Uganda it is even worse - 192 deaths per 1000 live births - that is nearly a fifth of all babies born alive to the poorest households destined to die before they reach their fifth birthday. Set this against an average death rate for under fives in high income countries of 7 deaths per 1000.

The Commission found evidence that demonstrates in general the poor are worse off than those less deprived, but they also found that the less deprived are in turn worse than those with average incomes, and so on. This slope linking income and health is the social gradient, and is seen everywhere - not just in developing countries, but all countries, including the richest. The slope may be more or less steep in different countries, but the phenomenon is universal.

Wealth is not necessarily a determinant
Economic growth is raising incomes in many countries but increasing national wealth alone does not necessarily increase national health. Without equitable distribution of benefits, national growth can even exacerbate inequities.

While there has been enormous increase in global wealth, technology and living standards in recent years, the key question is how it is used for fair distribution of services and institution-building especially in low-income countries. In 1980, the richest countries with 10% of the population had a gross national income 60 times that of the poorest countries with 10% of the world's population. After 25 years of globalization, this difference increased to 122, reports the Commission. Worse, in the last 15 years, the poorest quintile in many low-income countries have shown a declining share in national consumption.

Wealth alone does not have to determine the health of a nation's population. Some low-income countries such as Cuba, Costa Rica, China, state of Kerala in India and Sri Lanka have achieved levels of good health despite relatively low national incomes. But, the Commission points out, wealth can be wisely used. Nordic countries, for example, have followed policies that encouraged equality of benefits and services, full employment, gender equity and low levels of social exclusion. This, said the Commission, is an outstanding example of what needs to be done everywhere.

Solutions from beyond the health sector
Much of the work to redress health inequities lies beyond the health sector. According to the Commission's report, "Water-borne diseases are not caused by a lack of antibiotics but by dirty water, and by the political, social, and economic forces that fail to make clean water available to all; heart disease is caused not by a lack of coronary care units but by lives people lead, which are shaped by the environments in which they live; obesity is not caused by moral failure on the part of individuals but by the excess availability of high-fat and high-sugar foods." Consequently, the health sector - globally and nationally - needs to focus attention on addressing the root causes of inequities in health.

"We rely too much on medical interventions as a way of increasing life expectancy," explained Sir Michael. "A more effective way of increasing life expectancy and improving health would be for every government policy and programme to be assessed for its impact on health and health equity; to make health and health equity a marker for government performance."

Recommendations
Based on this compelling evidence, the Commission makes three overarching recommendations to tackle the "corrosive effects of inequality of life chances":

Improve daily living conditions, including the circumstances in which people are born, grow, live, work and age.
Tackle the inequitable distribution of power, money and resources - the structural drivers of those conditions - globally, nationally and locally.
Measure and understand the problem and assess the impact of action
Recommendations for daily living

Improving daily living conditions begins at the start of life. The Commission recommends that countries set up an interagency mechanism to ensure effective collaboration and coherent policy between all sectors for early childhood development, and aim to provide early childhood services to all of their young citizens. Investing in early childhood development provides one of the best ways to reduce health inequities. Evidence shows that investment in the education of women pays for itself many times over.

Billions of people live without adequate shelter and clean water. The Commission's report pays particular attention to the increasing numbers of people who live in urban slums, and the impact of urban governance on health. The Commission joins other voices in calling for a renewed effort to ensure water, sanitation and electricity for all, as well as better urban planning to address the epidemic of chronic disease.

Health systems also have an important role to play. While the Commission report shows how the health sector can not reduce health inequities on its own, providing universal coverage and ensuring a focus on equity throughout health systems are important steps.

The report also highlights how over 100 million people are impoverished due to paying for healthcare - a key contributor to health inequity. The Commission thus calls for health systems to be based on principles of equity, disease prevention and health promotion with universal coverage, based on primary health care.

WHO will now make the report available to Member States which will determine how the health agency is to respond.