Is M&A set to replace R&D in Pharma? 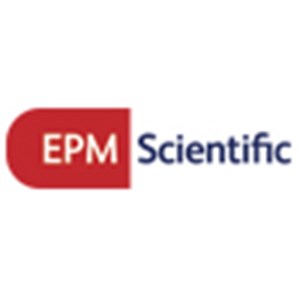 According to the VCCircle website, M&A activity in the pharmaceutical sector in the US surpassed $59.3 billion by March of this year, and overall global pharma deals announced from January to August of 2015 reached $284 billion. Mega-mergers across the globe are also taking place, with Shire hoping to acquire Baxalta, Mylan hoping to acquire Perrigo but facing opposition from Teva, and Teva also closing a $40 billion acquisition of Allergan’s generic drug business unit.

But what exactly has fuelled this boom in M&A activity?

It is not a secret in the industry that R&D has been on a general downwards trend in the recent past, with 2014 bucking the trend with an uplift in approved drugs. The industry spends in the region of $100bn on R&D per year and with the average cost of R&D per approved drug fluctuating between $2.5bn and $5bn, the attractiveness of purchasing a “readymade” compound is increased. Most potential medicines either fail to reach the market, or fail to recoup their development costs. If a company identifies a gap in its development pipeline the most obvious route to growth is to buy another business to plug the gap. It is quicker and easier to merge with another business and take advantage of the next breakthrough drug as developed by the acquired company, rather than attempt to do it in-house.

In the past, big pharma focused on building their portfolios to be as broad as possible – reducing risk from competitor products or failures by having a big pharma finger in every therapeutic pie. However, the simple economics of specialisation and trade is leading to a paradigm shift whereby companies are strengthening the areas for which they are best placed to succeed and distancing themselves from their weaker areas. The best recent examples of this have been seen in the Novartis/GSK asset swaps, which enabled Novartis to strengthen their hold in the Oncology market and GSK to further add to its vaccine portfolio. Again, more recently we saw Novartis spending $1bn on GSK’s ofatumumab to add to their multiple sclerosis portfolio, as a follow up to blockbuster Gilenya. Whether ofatumumab will make it to market in time to have any serious financial return remains to be seen, given that competitor drugs such as Roche’s ocrelizumab are much further ahead. Another example of a company going back to its roots can be seen with Bayer divesting its materials sciences business, and focusing in one of its historical core business areas by acquiring Merck’s OTC business.

As well as a rise in these large scale asset exchanges, one of the root causes of the pharma M&A boom has been for drug producers to identify and buy smaller innovative companies. For several years now there has been a focus on the decline of in-house R&D within big pharma companies – and there are a number of possible reasons for this.

One which is generally accepted is that smaller, younger firms are much more versatile at thinking up new ways to fight diseases. It is not to say that every biotech company always gets it right, because they don’t – however they are typically built on the belief in an idea and have much less red tape to fight through to get financing to start their research. Pharmaceutical drug discoveries have often had breakthroughs due to a series of fortunate mistakes. Perhaps big pharma is now so focused on following processes that this haphazard, unexpected creativity is sometimes lost.

However, where big pharma may have a size induced handbrake in R&D they are clearly experts in getting these promising drugs through to market. Organising clinical trials, satisfying regulators and achieving launch excellence are some of the big pharma industry’s key strengths. Combining the two areas of specialisation makes sense both commercially, and morally.

Another motivation for takeovers is satisfying shareholders by slashing R&D costs. According to the website statistics.com the top 20 pharmaceuticals companies spent an average of 19.3% of their sales revenues on R&D. According to Evaluate, of the top 50 drugs in 2014 only 4 were developed in house (GSK: Seretide/Advair; Merck: Januvia; Lilly: Humalog; Merck: Janumet). External financiers often see this level R&D spend as having a negative impact on value, and therefore it is an obvious area to make cuts.

One company which champions this hard line R&D strategy is drug maker Valeant. In 2013 Valeant spent only 2.7% of its revenues on R&D, instead gaining its value through targeted M&A. The most recent example of this was the $1bn acquisition of NC based Sprout Pharmaceuticals, just two days after its “female Viagra” product Addyi was approved by the FDA.

According to CEO, Michael Pearson: It is “a business model that gets rid of the value-destroying part of pharmaceutical companies and keeps all the pieces that are value sustaining”.  Pearson, a former McKinsey management consultant, has overseen an incredible growth story at Valeant. He has personally overseen over 100 acquisitions and seen the stock price of the company grow from just 9 dollars when became CEO in 2008, to a whopping 220 dollars per share (that’s a growth of 2440%).

However, whilst this model of value creation is backed by shareholders it is one which does not always sit easy with an industry that was founded on science and is driven by a moral mission to create and deliver new medicines to patients who need it most. The M&A model is pure economics at its finest, but it is one which raises questions.

What does this mean for hiring?

As a result of these trends, hiring within in-house R&D teams has been lower over the last few months. Nevertheless Reuters notes that with a number of new drugs being launched, R&D activity should soon pick up again in months to come.

Attracting candidates in the sector has also changed dramatically. While candidates used to favour big pharma companies thanks to almost guaranteed job stability, they are aware that any kind of price drop in stocks or shares can mean a potential shake-up in the form of M&A activity in the current market. While these companies are still highly attractive to many candidates, there has been an increase in caution when it comes to job opportunities.

There has also been an increase in interest in smaller biotech firms – yet it is must be remembered that M&A activity can affect both large and small pharma companies alike.

For more information on recruitment opportunities in the sector, and how the current market is affecting all players, EPM Scientific can provide confidential and expert advice. Contact us today: linkedin@epmscientific.com.