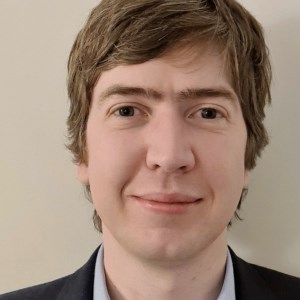 Before the pandemic, the pharma industry and its regulators would not have entertained the concept of remote audits to verify that the manufacturing and distribution standards of supply-chain partners were being maintained. Even the suppliers themselves would not have expected to be monitored at distance.

The last two years have changed that, as lockdowns, social distancing and travel restrictions disrupted normal conditions. Rather than curtail audits altogether, with potential risk to product quality and patient safety, regulators like the European Medicines Agency (EMA) adapted their requirements to ensure that inspections could still take place. As well as allowing a grace period, so that marketing authorisation holders did not fall foul of compliance requirements if they failed to maintain a maximum three-year auditing cycle (in Europe), the authorities made provision for virtual assessments to be conducted online.

This was only ever intended as a temporary measure, allowing generic manufacturers to continue to qualify and audit their suppliers. Although remote audits offered a convenience that has appealed – to service providers conducting audits that may have lacked suitably-qualified local experts on the ground, and to suppliers being inspected – for pharma brands and for industry regulators the prospect of standardising on remote audits in the longer term is untenable.

Lack of a site tour is greatest remote auditing challenge

To understand more fully how the industry has adapted its auditing activities and expectations and the impact this has had, and to gauge emerging priorities for a time beyond the pandemic, in February 2022 Rephine conducted some research among both pharma clients and senior auditors internationally. Of the ~30 people we polled, just over half were in the Quality function of pharma companies (the balance comprising professional auditors), and around two-thirds of responses were from Europe, the remainder primarily from Asia – most notably India.

For both respondent groups (clients and auditors), the greatest challenge with remote auditing has proved to be the lack of a site tour, to enable that all-important granular insight into facilities and practices. Although there is the potential for some of this to be covered within virtual sessions, in this scenario it is the auditees that are in control of what is shown.

As a consequence, auditors taking part in the survey cited the restricted scope for real-life face-to-face interaction, and the ability to apply their softer skills (eg that sixth sense, honed with experience, that something warrants further investigation) as the second major challenge with remote audits. Specifically, the reduced opportunity to identify non-compliance with required standards was of grave concern for professional auditors.

An onsite follow up of a remote audit should ideally take place within 12 months or when travel restrictions will allow to visit the site. By looking at data of observations found in follow up onsite audits versus initial remote audits, we can clearly see the necessity for the follow up audit. By looking at a sample of onsite follow up audits conducted in 2021, it shows that only 30% did not find any additional observations from the initial remote audit. From the entire sample, there were an average of an additional 0.6 major observations and two minor observations per audit found during the onsite audit which should be seen as a relatively significant difference. Several of the sites from the sample are re-audits, and therefore despite the acquaintance with these sites, on-site audits are still necessary to demonstrate and maintain the compliance of the site.

Going forward, two-thirds of audit clients suggested they would be happy with a hybrid approach to supplier auditing, in which routine aspects such as sharing and completing documentation could be done remotely while on-site inspections took place physically. A third said they would favour a return to 100 per cent in-person audits. Only one client expressed a preference for persisting with remote audits across both the documentation element and physical inspections.

Remote auditing will be risk-based

Open responses in the survey suggested that for remote auditing to have any long-term value this would be for occasional use and in the context of a long-term, trusted relationship, and where standard operating procedures had been shared ahead of time. For auditors, it was felt that any decisions about continued use of remote audits would need to be risk based, and would depend heavily on the willingness of auditees to cooperate, for instance in making the right documents and people available to maximise what was possible.

Almost all favoured the idea of working with an independent third-party auditor to generate a single, comprehensive report that could be shared with multiple customers, to reduce risks associated with allowing multiple auditors on site over 1-3 years.

The onus is on all manufacturers and suppliers to maintain regular auditing activity, to safeguard patient safety and to maintain their own industry reputation. In 2022, remote activity is likely to support onsite auditing as part of an optimum blend of audit approaches that will be key to maintaining high standards of supplier compliance.