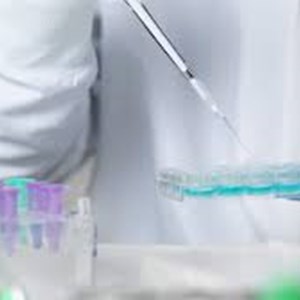 One of the most significant impacts of the Covid pandemic on our culture has been how it has brought diagnostics to the forefront of our national discussion. The UK’s perceived failure to contain the initial spread of the virus was, we were told, in part due to a lesser focus on test and trace procedures than in some other countries and that was down to us not having a tradition of diagnostics in this country.
Editor: Kelly Tipper Last Updated: 26-Feb-2021

One of the most significant impacts of the Covid pandemic on our culture has been how it has brought diagnostics to the forefront of our national discussion.

The UK’s perceived failure to contain the initial spread of the virus was, we were told, in part due to a lesser focus on test and trace procedures than in some other countries and that was down to us not having a tradition of diagnostics in this country.

The subsequent rolling out PCR testing and the speed with which we have seen how effective and relatively inexpensive tests can be in halting the march of the coronavirus have shown us the value of diagnostics.

Diagnostics was never a Cinderella sector; Britain has the fifth largest in vitro diagnostics (IVD) market in Europe, not gigantic but significant nevertheless.

Estimates of medical diagnostics worth to the UK vary – MedTech Europe puts its value at around £1billion while the Office for Life Sciences reported in 2018 that it accounts for around 27% of the £24billion turnover generated annually by the UK’s med tech sector.

From nowhere a year ago, PCR testing is a term now familiar to the public. The ongoing UK Government’s door-to-door campaign to contain the new South African variant in parts of London, and the regular launch of reliable antibody tests now being produced at scale, have given the sector an unprecedented prominence.

The daily press conference at 10 Downing Street and exhaustive media attention have contributed to a belief that the way forward, after Covid and for healthcare in general, is for greater collaboration between industry, the NHS and government, with diagnostics front and centre.

So, if we are entering a new era for the sector, what other opportunities are out there, and what can the industry do to exploit them?

The industry's immediate challenge is to move the conversation about diagnostics' value in tackling Covid, to a broader one about its importance in tackling wider healthcare challenges.

Before Covid, the UK spent £12-per-head on IVD products - around half that of Germany and two thirds of France - according to MedTech Europe. Again, before the pandemic, the UK carried out around 900million tests each year and was a net exporter of IVD products.

Covid has been a game-changer in more ways than one, however. As well as highlighting the value of diagnostics, it has also been responsible for routing attention and resources away from other areas of the health service.

Significant capacity and capability continue to be appropriated to support test and trace, with much of the NHS’s activity put on hold, leaving many patients facing long waits for routine treatment and an already overburdened workforce under further strain.

On the other hand, patients' expectation that a quick diagnostic test will be available for everything has never been higher and solutions already exist for quickly testing and diagnosing a range of illnesses including bowel cancer, influenza, pre-eclampsia, and heart failure.

With virulent diseases, you want to know right now if you are infected and whether you are visiting a GP's surgery or an A&E department, doing a rapid test makes sense both for you and for the physician who is then able to accurately prescribe something.

Not all conditions are easily treatable, if at all. So, although it may be possible for doctors and other health professionals to administer a rapid test for oncological or degenerative conditions, such as Alzheimer’s, what happens, from a service delivery perspective, if the test comes back positive in five minutes?

Then, what was a routine ten-minute GP appointment turns inevitably into a two-hour unplanned counselling session. This is not how GP surgeries and primary care providers want to work.

Clearly, administering a test is the quickest and easiest part. Taking the necessary action to manage patients’ needs once you have the results, including meeting their mental health needs, requires much more time and staff resources. Sometimes it is simpler to send a daily batch of tests to the lab and a get the results at the end of the week.

Several companies are already in a race to produce what is effectively a Star Trek-style ‘tricorder’ – a simple blood spot test which can provide a multiplex diagnostic for 30 or more different targets.

As well as telling you if you have cancer, Alzheimer’s, or liver disease, it will measure if your cholesterol is too high, if your kidney function is not great or if you have any number of hormone related issues.

The theoretical value of this to a patient’s health, longevity and quality of life is enormous. While no types of dementia can be cured at present, if caught early enough, mitigation is possible to benefit the sufferer and their families. Further down the line, it may save on the cost of prescribing expensive pharmaceuticals and specialist care.

And yet there is a strong argument against over-diagnosing.  Many patients live with conditions they never know about, and they die with them but not of them. No one has perfect health, and if a physician tests for 100 things, they are bound to find something wrong.

Investors in diagnostics already include some large insurers who want to know what risks they are taking with every policyholder. A corollary of having an all-singing-all-dancing tricorder test available on the shelves at every neighbourhood pharmacy, is that you may be required to take one before being considered for health, life or even car insurance.

Resistance to the exponential growth of diagnostics might even come from within the NHS because, as technology develops, it will inevitably face greater and more detailed diagnostics reporting requirements.

There could be echoes of the current dichotomy faced by health service providers who have to meet a growing requirement to hit or exceed outcome targets while, at the same time, coping with ever greater demands on service capacity, with finite resources.

Medical diagnostic technology will continue to improve, and the ongoing trend towards using ever more artificial intelligence in finding increasingly faint signals in ever-growing datasets will allow physicians ever greater accuracy and understanding. However, collecting and interpreting the vast amounts of raw information from these enormous datasets requires a set of human skills that is not yet widely available.