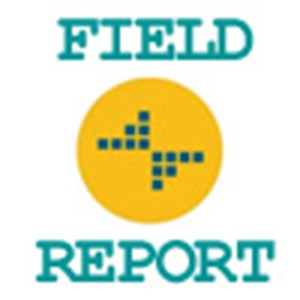 ROCHE is set to file for a new indication for its oral, targeted cancer drug Xeloda® following impressive new data presented at the American Society of Clinical Oncology conference (ASCO).

Mr Dickinson predicted that, if granted, a new indication for Xeloda® in gastric cancer would have a significant impact on Roche’s sales. “Gastric cancer is a large indication, particularly in Asian countries. Financially, this will be significant for Roche.”

The phase III trial supporting the filing, presented at ASCO, was based on 316 advanced stomach cancer patients. It showed that patients receiving a combination of Xeloda® (capecitabine) and cisplatin lived at least as long without the cancer progressing as those treated with the standard chemotherapy regime of 5-flurouracil (5-FU) and cisplatin. The median progression-free survival was 5.6 months in the Xeloda® group compared to 5 months in the standard regime group (p=<0.001).  Patients in the Xeloda® arm of the study also lived at least as long (10.5 months versus 9.3 months, p=0.008) as those in the standard chemotherapy regime arm and the response rate (41% versus 29%, p=0.030) was better. In addition, patients in the Xeloda® arm spent significantly less time in the clinic (1 day vesus 5 days per 3 weeks).

In a second study also presented at ASCO, the largest-ever phase III study in advanced oesophagogastric cancer, the REAL 2 study, revealed that Xeloda® can replace 5-FU and oxaliplatin can replace cisplatin for the first-line treatment of patients with advanced oesophagus and stomach cancer.  Standard treatment for oesophagogastric cancer in the UK and much of Europe is the combination of epirubicin, cisplatin and 5-FU.

Professor David Cunningham from the Royal Marsden Hospital in London said: “Xeloda can now be considered as a treatment option for oesophagogastric cancer, replacing 5-FU, as it provides the optimal balance between efficacy, safety and convenience for patients.”

The REAL 2 study showed that patients treated with the combination of Xeloda® plus oxaliplatin and epirubicin lived significantly longer, compared to patients treated with the standard chemotherapy regime. In this study, 1,002 advanced oesophagogastric cancer patients were treated with one of four regimes to compare the effect on overall survival between Xeloda® and 5-FU and the oxaliplatin and cisplatin-containing arms. Patients in the Xeloda®-containing arms lived at least as long as those on the 5-FU arms. Patients in the Xeloda® plus oxaliplatin and epirubicin group had an overall longer survival than patients in any of the other treatment groups (11.2 months versus 9.3 months and 9.9 months).

Stomach cancer is the fourth most commonly diagnosed cancer and the second, leading cause of cancer-related deaths worldwide.

Xeloda®, already licensed in 90 countries worldwide, has been shown to be effective, safe, simple and convenient oral chemotherapy. Roche received marketing authorisation for Xeloda® as first-line monotherapy in the treatment of metastatic colorectal caner in most countries in 2001. It has also been approved by the European Medicines Agency (EMEA) and U.S Food and Drug Administration (FDA) for adjuvant (post-surgery) treatment of colon cancer in March and June 2005, respectively.

Further data presented at ASCO showed that Xeloda® plus paclitaxel was equally effective and safer than the combination of an anthracycline (epirubicin) plus paclitaxel in advanced breast cancer. “Anthracyclines are an important part of breast cancer therapy but the risk of progressive heart failure after receiving a cumulative dose restricts their use. This new study demonstrates that Xeloda combinations can offer patients all the good of anthracyclines without the bad effects,” said lead investigator Dr Lück from the Horst-Schmidt Clinic, Wiesbaden, Germany.

Dr Lück’s study in 340 metastatic breast cancer patients showed that progression-free survival was 12.3 months in the non-anthracycline Xeloda® regimen versus 11.8 months in the anthracycline-containing regimen.