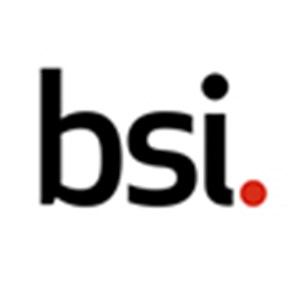 Following the Prime Minister’s 2012 challenge to improve dementia care by 2015, PAS 1365 Code of practice for the recognition of dementia-friendly communities in England has been published by BSI, the UK’s National Standards Body. The guidance has been developed in conjunction with Alzheimer’s Society and the Department of Health. It has had collaborative input from organizations including Age UK, the Dementia Action Alliance (DAA) and Public Health England.

There are an estimated 850,000 people living with dementia in the UK with numbers set to rise to over 1 million by 2021, and expected to soar further to over 1.7 million by 2050. Currently two thirds of people with dementia live in the community and 70 per cent of people in care homes have dementia or severe memory problems. To help create an independent ageing population, the government’s challenge focused on three key areas: improvements in health and care, better research, and creating dementia-friendly communities to help those with dementia, their families and carers.

Dementia-friendly communities are at the forefront of the agenda and people with dementia in England are encouraged to live as independently as possible with choice and control, whilst eliminating the stigma that surrounds dementia and reducing social isolation.

PAS 1365 will help to ensure that communities are more aware of the needs of those with dementia and how to help them, as well as enabling them to live better in their community. This will build trust between people with dementia and their carers and the local community and public organizations.

Anne Hayes, Head of Market Development for Governance at BSI said: “The aim of dementia-friendly communities is to improve the quality of life for people with dementia and their carers wherever they live. In local communities small changes are making a real difference, but these need to be rolled out on a wider scale. Following guidance such as PAS 1365 is a key step towards improving understanding and providing help to those who need it most.”

The framework set out in PAS 1365 builds directly on the existing foundation stage recognition process for dementia-friendly communities outlined by Alzheimer’s Society* and other good practices occurring within local initiatives within England. It guides users towards the core areas for action and additional resources so that local communities can continue to become dementia-friendly.

A community can demonstrate its commitment towards becoming dementia friendly by:

Once a community has demonstrated how they meet the criteria, they are issued with a symbol which they can give to organizations and businesses in their community that wish to be part of the dementia-friendly communities’ initiative and have stated what their actions are towards becoming dementia-friendly.

Jeremy Hughes, Chief Executive of the Alzheimer’s Society said: “Life does not end when dementia begins. A dementia-friendly community is one in which people with dementia are empowered, and feel confident knowing they can contribute and participate in activities that are meaningful to them. This guidance will help more communities realise their ambition of becoming dementia-friendly. Awareness and local support are essential to allow those with the condition to continue to enjoy life, through activities as everyday as visiting the local shop or using the local leisure facilities.”

PAS 1365 provides recommendations for who should be involved in developing a dementia-friendly community, what areas of a community to consider and what changes to expect as a result. People with dementia and carers are an integral part of each stage of the process.

It does not cover a specific checklist of what to do.

PAS 1365 is relevant to all community based services and providers, including retailers, housing, GPs, hospitals, clinics, banks, transport providers, community services and activities, utilities companies, on-line providers and leisure providers etc. PAS 1365 was developed through a collaborative consensus-based process utilizing the expertise of individuals within government, academia, retail and also included input from people with dementia and their carers.