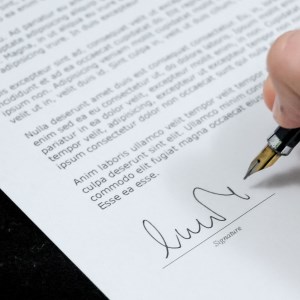 A new edition of the EPO Guidelines for Examination (‘the guidelines’) came into force on 1 March 2021. Relevant to life sciences, this edition includes a new subsection detailing EPO practice with respect to the interpretation of terms relating to amino or nucleic acid sequences, as well as a new section on the examination of claims to antibodies.
Editor: PharmiWeb Editor Last Updated: 08-Apr-2021

A new edition of the EPO Guidelines for Examination (‘the guidelines’) came into force on 1 March 2021. Relevant to life sciences, this edition includes a new subsection detailing EPO practice with respect to the interpretation of terms relating to amino or nucleic acid sequences, as well as a new section on the examination of claims to antibodies.

Terms in relation to amino or nucleic acid sequences (F-IV, 4.24)

Firstly, they confirm that when an amino acid or nucleic acid sequence is defined by using percentage sequence identity language, this is determined by the number of identical residues over a defined length in a given alignment. If no algorithm or calculation method for determining the percentage of identity is defined, the broadest interpretation will be applied using any reasonable method known at the relevant filing date.

A new section, summarising EPO practice and case law on how an antibody may be defined (e.g. by sequence, functional feature, or epitope), and the inventive step requirement for new antibodies binding to a known antigen, has also been included in the 2021 guidelines.

They also outline how conventional antibodies, recombinant antibody derivatives (such as antibody fragments, bispecific antibodies or antibody fusions) or new antibody formats (such as heavy-chain-only antibodies) can be defined in a claim by reference to one or more of the following features:

Definition by structure of the antibody

Conventional antibodies defined by their structure are to be defined by at least six complementary-determining regions (CDRs). CDRs, when not defined by their specific sequence, must be defined according to a numbering scheme, for example, chosen from that of Kabat, Chothia or IMGT. If the claim has fewer than six, it will be objected to under Article 84 EPC because it lacks an essential technical feature. An exception applies only if it is experimentally shown that one or more of the six CDRs do not interact with the target epitope or if it concerns a specific antibody format allowing for epitope recognition by fewer CDRs (such as the heavy-chain-only antibodies which have an antigen-binding region with only three CDRs).

Definition by reference to the target antigen

Antibody claims can be further characterised by functional features defining further properties of the antibodies; for example, the binding affinity, neutralising properties, induction of apoptosis, internalisation of receptors, inhibition or activation of receptors. The burden of proof of novelty resides with the applicant and it has to be carefully assessed whether the application provides an enabling disclosure across the whole scope claimed and whether the functional definition allows the skilled person to clearly determine the limits of the claim.

Definition by functional and structural features

Antibodies can also be defined by both functional properties and structural features. It is possible to claim an antibody characterised by the sequences of both variable domains or CDRs with less than 100% sequence identity when combined with a clear functional feature.

Definition by the production process

Antibodies can be defined by the process of their production; for example, either by the immunisation protocol of a non-human animal with a well-characterised antigen or by the specific cell line used to produce them. However, if the process is based on an antigen comprising a sequence less than 100% identical to a defined sequence, it does not fulfil the requirements of Article 84 EPC because the use of variants renders the scope of the antibodies obtained by the immunisation process unclear.

Definition by the epitope

An antibody may be defined by its epitope. If the epitope is a ‘linear epitope’, whereby the antibody interacts with continuous amino acids on the antigen, it needs to be defined as a clearly limited fragment using closed wording, such as ‘an epitope consisting of’. If the epitope is ‘non-linear’ or ‘discontinuous’, whereby the antibody interacts with multiple, distinct segments from the primary amino-acid sequence of the antigen, the specific amino acid residues of the epitope need to be clearly identified.

The new guidelines now state that a novel, further antibody binding to a known antigen does not involve an inventive step unless a surprising technical effect is shown by the application, such as an improved affinity, an improved therapeutic activity, a reduced toxicity or immunogenicity, an unexpected species cross-reactivity, or a new type of antibody format with proven binding activity.

If inventive step relies on an improved property in comparison to the antibodies of the prior art (which must be enabled), the main characteristics of the method for determining the property must also be indicated in the claim or by reference to the description. Notably, in the case of binding affinity, the structural requirements for conventional antibodies inherently reflecting this affinity must typically comprise the six CDRs and the framework regions because the framework regions also can influence the affinity.

An inventive step can also be acknowledged if the application overcomes technical difficulties in producing or manufacturing the claimed antibodies.

Mathys & Squire recently hosted a webinar on the new EPO Guidelines for Examination, summarising the significant revisions regarding the requirement to amend the description for conformity with the claims expected. A recording of the webinar is available to download here.