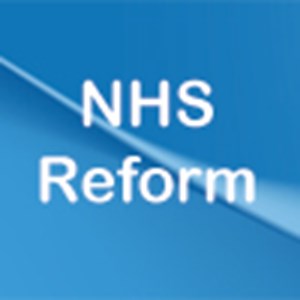 We have a fundamental problem with our health service. It's bloated, it's weighed down in bureaucracy and it's terribly inefficient. That's if you believe the diagnosis of our health service by the new Health Secretary, Andrew Lansley.
Last Updated: 27-Aug-2010

We have a fundamental problem with our health service. It's bloated, it's weighed down in bureaucracy and it's terribly inefficient. That's if you believe the diagnosis of our health service by the new Health Secretary, Andrew Lansley. Indeed, not only is our health service inefficient, but it is incredibly disconnected from the people it’s meant to serve - the patients. For these reasons and others, Mr. Lansley is proposing the biggest shake-up of the health service in 60 years. 'Our guiding principle', Mr. Lansley says, will be ‘no decision about me, without me'. But how does he intend to do it?

The key to the reforms is empowering local practitioners. Family doctors will be given direct responsibility for over £70bn in health service expenditures, replacing the bureaucratic behemoths supported by the last government, primary care trusts. In their place will stand a new, independent healthcare regulator, with family doctors commissioning together through approximately 500 new consortia. Strategic health authorities will face a similar fate to PCTs.

While some experts have criticized the plans, asking valid questions about how practitioners will handle their budgets and who will bail them out if they don't, much of the response has been largely positive. For instance, the Chief Executive of The King's Fund, Chris Ham, has spoken optimistically of the reforms, while adding that 'its potential will only be realized if policy makers are willing to heed these lessons as their plans are worked up in more detail'.

However as Anna Dixon has rightly warned 'If the proposals are to succeed, the government needs to engage and motivate clinicians and managers to work effectively together'. Critically, some still doubt that enough GPs will respond positively to their new responsibilities. Andrew Lansley however remains unsurprisingly optimistic. “With patients empowered to share in decisions about their care, with professionals free to tailor services around their patients and with a relentless focus on continuously improving results, I am confident that together we can deliver the efficiency and the improvement in quality that is required to make the NHS a truly world class service.”

Yet for all the enhanced choice that these reforms could end up offering, some experts are now warning that commissioning by GPs may actually result in less patient choice overall. Indeed, according to a recent report published in the Financial Times, medical bodies such as the British Medical Association may use their power to urge GPs against the use of private suppliers in a bid to oppose what they see as the marketisation of the health service. Be that as it may, while such criticism may be partially valid, it arguably misses the most fundamental point of the reforms. Yes, such moves by GPs could produce slightly less choice than currently exists. And yes, that may be less than positive for the private sector.

But we have to ask ourselves, are patients currently being allowed to take advantage of the choice that does exist in the market? According to a recent report by the King's Fund, the answer is a definitive no. Specifically, the report suggests that while 75 % of patients would like to exercise some choice over where they are treated, only half recall being offered a choice by their local doctor. This is perhaps unsurprising given that GPs currently have little or no choice over the services that they prescribe. With the introduction of GP based commissioning however, family doctors should have far more control over the range of healthcare options that they do offer, as opposed to little in the vast universe of providers currently available.

As so many studies have shown, the key to the successful implementation of choice and competition in the health service is the bond between GP and patient. These reforms certainly move to enhance that relationship. Or at least in theory. The expansion of Foundation Trust status to the remaining half of hospitals currently under direct NHS control should also offer a much needed boost to competition - and thus efficiency - in the health service. As recent studies reiterate, there is substantial evidence to show that once hospitals start competing, quality rises. Furthermore, regardless of some of the inevitable exaggerations that surround the current government's claims, a recent report by the OECD does confirm the majority of its suspicions concerning inefficiencies. In the words of study author Isabelle Joumard, "Efficiency is about comparing outcomes and inputs, On efficiency, the UK is not one of the best performers."

Of course the truth is that, regardless of the positive outcomes that may ultimately be achieved, the proposed reforms represent nothing short of a huge gamble. While results from smaller pilots may look promising, nothing has ever been attempted before on this scale. To quote a former advisor to Tony Blair and the Department of Health on healthcare policy, Simon Stevens, 'No other country has tried to hand the system-wide budget for hospital care to family doctors'. And with 10% of our economy at stake, the risks are huge and the margins for error small - particularly in the current fiscal climate. Yet the greater risk, Stevens argues, would be to simply do nothing at all. In other words, it would be nothing short of wishful thinking to sit back, avoid change and pray that efficiencies and improvements appear out of thin air. With the introduction of Foundation Hospitals, Mr. Blair and his government took the first steps on the road to reform. As the evidence so far has shown, such reforms have produced marked improvements in efficiency. For political reasons - namely the tensions from within New Labour - Mr. Blair was unable to complete the mission. Great politicians make bold decisions. For the sake of our health service, let us hope that history judges this present government to have made the right ones.