NHS Reform - The Dangers Ahead 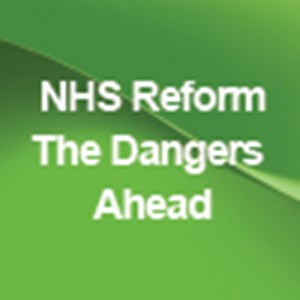 As Republican Congressmen line up to attack Barack Obama’s landmark U.S. healthcare reforms ahead of next month’s mid-term elections, reforms on this side of the Atlantic are receiving equally forceful criticism.
Last Updated: 18-Oct-2010

As Republican Congressmen line up to attack Barack Obama’s landmark U.S. healthcare reforms ahead of next month’s mid-term elections, reforms on this side of the Atlantic are receiving equally forceful criticism. Yet while Americans continue to debate the fundamental virtues of insuring all of its citizens, in Britain we are simply focussed on funding our National Health Service for the future. But that’s not to say that the debate isn’t equally as fierce.

At least from one angle, the government’s argument for reform of the health service is solid. Namely, even with the Department for Health having been promised a real-terms increase in its funding, the pressures of an aging population and the inflation in the cost of drugs, dictates considerable financial pressures in the years to come. With this in mind then, the NHS still hopes to make a total of £20bn worth of savings in the three years ahead. This will be achieved, in part, by everything from the closing down of healthcare quangos to the elimination of the vast New Labour bureaucracy – such as the 50 primary care trusts and 10 healthcare authorities. Yet even these kinds of savings, government ministers argue, will not save the NHS from the multitudinous financial pressures that it faces in the future. Reform then, the government argues, is the only way forward.

Back in July of this year, the government published its White Paper on the future of the health service, entitled Equity and excellence: Liberating the NHS’. Announcing the reforms, the health secretary, Andrew, Lansley, described them as biggest shake-up of the health service in 60 years. 'Our guiding principle', he said, will be ‘no decision about me, without me'. Specifically, within the substance of the reforms lies a combination of measures designed to both empower local practitioners and give patients increased choice over their healthcare. Family doctors will be given direct responsibility for over £70bn in health service expenditures and an independent healthcare regulator will operate alongside approximately 500 new GP consortia.

In so many ways, this kind of choice and competition reform agenda is straight out of the Tony Blair book of public service reform. Indeed, as so many studies have shown, competition is a powerful instrument through which to improve standards in our nation’s hospitals. Mr. Blair understood this well. Unfortunately, cleavages and disputes within his own party prohibited him from competing the mission. Moreover, a ‘blizzard of increasingly irrelevant targets’, to quote a former key supporter of Labour’s reforms, impaired many of the potential improvements that New Labour had set out to achieve.

Yet several months down the line, and with the full implications of the reforms at hand, a plethora of health unions and professional bodies are coming forward to warn of the dangers of the government’s impending changes to the health service.

First, the Royal College of General Practitioners has warned that its members, while broadly supportive of the measures, are concerned over the “scale, pace and cost” of the reforms. Specifically, in their written response to the White Paper, the RCGP said that some of their members ‘are not convinced that the scale of the changes proposed is justifiable, especially in the context of cost reductions’. They also added that they are worried that 'the proposed reforms may not achieve the stated aims because they will divert effort, costs and human resources into complex commissioning and local decision making’. They also said that future training for GPs would need to be extended to take account of the additional skills required in the implementation of GP-based commissioning.

In addition, the British Medical Association (BMA), having initially come forward in July as largely supportive of the reforms, now says it has "serious concerns" over the pace and extent of the reforms. Dr Hamish Meldrum, Chairman of the BMA, said that while there is much in the White Paper that "doctors can support and want to work with…there is also much that would be potentially damaging”. Finally, the public policy think tank, the King’s Fund, has labeled the reforms as going ‘too far, too fast’ and has questioned 'the need to embark on such a fundamental reorganisation as the NHS faces up to the biggest financial challenge in its history’.

In responding to such criticism, Mr. Lansley has admitted that “the timetable is ambitious”, while adding that “it is not a timetable which is unachievable”. In particular, Mr. Lansley is keen to make the distinction that while some GPs want to know more about how the reforms work before they implement them, many family doctors are eager to make the transition as quickly as possible.

“With two-and-a-half years with which to learn from pathfinder commissioning consortia and establish shadow arrangements, there is ample time for practices that do not yet feel ready, to secure capability collectively”, he said. Conclusively, Mr. Lansley and the government have vowed to push on with the business of reform.

There is, in the end, a strong narrative to be observed through this myriad of criticism. First, there is a clear line of argument throughout which challenges the pace and extent — and not the premise — of the reforms. Indeed, as both the King’s Fund and the BMA have stated, there are many things in the White Paper with which they can both agree. Increased patient choice and GP-based commissioning are both, in theory, ideas to be championed. Yet can this all be achieved over night? The King’s Fund suggests a much steadier roll out: giving those GPs who are already experienced in the methods of practice-based commissioning real budgets now, while at the same time engaging in a considered roll-out across the rest of the country. Existing structures, such as primary care trusts, should not be eliminated at once, but should instead be phased out over time, giving GPs the necessary time to adapt to their new roles as healthcare commissioners.

In summary, there is much to admire in the government’s commitment to radical reform. Innovations in the mould of practice-based commissioning and increased patient choice are broadly praised from all sides of the debate and there is little opposition to reform in the main. The real question however, concerns the specific scale and pace of implementation. And given the unavoidable culture shocks and teething problems that any such wide-ranging reforms always bring, the government would be foolish to ignore such advice. It would be tragic to see such bold and necessary changes defeated by the stubbornness of politicians and the forcefulness of their implementation.