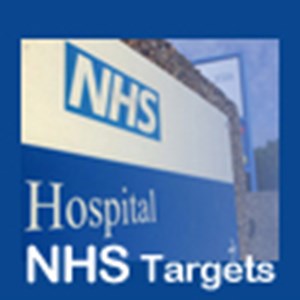 In areas such as competition policy and choice in the NHS, there could be said to be much correlation between the approaches of both governments past and present. Yet in other key areas of policy, there are unquestionably examples of ideological, or at least philosophical, differences in outlook. Or at least in theory.
Last Updated: 27-Aug-2010

In areas such as competition policy and choice in the NHS, there could be said to be much correlation between the approaches of both governments past and present.Yet in other key areas of policy, there are unquestionably examples of ideological, or at least philosophical, differences in outlook. Or at least in theory.

During their 13 years in Whitehall, New Labour used healthcare targets as one of the key sets of instruments through which to improve performance in the nation’s health service. In this regard then, the two sides are most definitely at odds. The Conservatives perhaps rightly challenge some aspects of the overgrown bureaucracy in the sector: criticising targets for ticking boxes instead of actually delivering positive healthcare outcomes and arguing that highly-trained healthcare professionals should be free to make more of the key decisions than bureaucrats sat in Westminster. However, even here, perhaps it would be more accurate to state that the new government simply desires a more effective application of said targets – for example in the realms of economic efficiency and value for money – as opposed to a scrapping of them altogether. Indeed, only a week ago the government was accused of hypocrisy on the matter, as Health Secretary Andrew Lansley simultaneously bashed targets at the same time as outlining, yes you guessed it, a new target.

In terms of the academic studies produced on the question, the results are arguably mixed – suggesting both existing success alongside ample room for improvement. In other words, the evidence offers an element of support for both positions, in addition to challenging some of the more dogmatic claims in the process. In one of the key studies produced on the question, Gwyn Bevan of the Department of Management at the London School of Economics and Political Science writes that while targets have likely done less harm than good in the health service overall, several key challenges still remain. Breaking this down to individual targets, Bevan states that while some targets have unquestionably been successful – such as the system of star rating for English NHS trusts - others have simply ‘missed the point’. For example incidents of patients waiting in ambulances outside hospitals until staff ‘were confident of meeting the target’, is one of the worst examples of officials meeting targets at the same time as simply missing the point. In an ode to Churchill, Bevan describes Labour’s target regime as ‘the worst system ever invented, except for all the others’.

Another school of thought, put forward by Civitas’ Health Unit Director, James Gubb, states that targets fundamentally ‘devalue the customer (patient) by focusing attention on an arbitrary number’ at the same time as devaluing local leadership. Writing for the BMJ, Mr. Gubb argues that by treating patients like numbers and ‘people like knaves and pawns’, centralized targets fundamentally fail to address the key causes of failure in the health service. Namely, and in Gubb’s own words, ‘the lack of communication, leadership, and teamwork; the lack of integration; and the lack of any meaningful, patient focused, quality framework’. Critically, Gubb argues that while many narrow, targeted-defined objectives may be being met, it is the hidden and unintended consequences of those targets that we should be most concerned with. Or in Gubb’s own words, ‘the target is met and taken as evidence of good performance, but its true impact is concealed’. For instance, while the four hour A&E target may have been met, what really happened to the person behind the target? For how long were they left waiting in another ward before they were treated and what impact is that one target having on the resources of other, competing departments? In terms of improving the culture in the health service going forward, Gubb writes that ‘pressure to score short term goals has left measurement associated with spin, selection, and punishment, rather than the ability to learn’.

However, while the new Coalition Government may disagree with Labour on precisely how targets are executed – as well as which particular types are targets are chosen - it is doubtful that even here both sides are entirely at war.

Moving forward, if one is to look at the nature of the targets now on their way out, and then again at the fresh targets being introduced, there is most definitely a sense that real and positive reform is occurring. For example, in scrapping targets on emergency room waiting time, the new government is directly addressing one of the worst elements of ‘gaming’ in the system: hitting the target and missing the point. Back in March of this year The College of Emergency Medicine accused this key A&E target of ‘risking patient safety’ as well as describing how its implementation had left ‘nurses reduced to tears’. At the same time, the government’s recently announced target in relation to emergency department readmissions is by its very nature designed to achieve better value for money in the system – a cause isolated as having been left behind by the previous regime. Ultimately though, one must concede that this is more of a managerial alteration or a technicality than it is a total departure from the very idea of the target itself.

Thus, as we legitimately rebel against some of the ugliest examples of the top-down, centralized management of our health service we must also be cautious not to forbid on the grounds of ideology the mere suggestion of performance based objectives per se. Thankfully, and regardless of the current sense of populist opposition to targets in the New-Labour mould, it seems that the new government is not against healthcare targets in principle, but simply against intensely flawed ones that take no heed of their consequences.