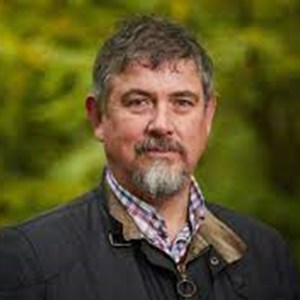 Anyone involved in the UK diagnostics industry will have been dismayed at the recent fortunes of Omega Diagnostics, with perhaps an inevitable sense of ‘there but for the grace of God’. The fate of the Clackmannanshire-based, AIM-listed company –– whose value has fallen by more than 90% in the past 12 months – will, for many chairs and investors, be seen as a cautionary tale for the sector.
Editor: Kelly Tipper Last Updated: 24-Mar-2022

Anyone involved in the UK diagnostics industry will have been dismayed at the recent fortunes of Omega Diagnostics, with perhaps an inevitable sense of ‘there but for the grace of God’.

The fate of the Clackmannanshire-based, AIM-listed company –– whose value has fallen by more than 90% in the past 12 months – will, for many chairs and investors, be seen as a cautionary tale for the sector.

It’s not so long ago that Omega was valued at £100m and, with its stock trading at 100p, everything in the garden appeared rosy as it eyed a lucrative NHS contract worth a cool £374m to supply lateral flow tests.

In December, its share price dropped by a third overnight amid concern about its ability to raise additional funding.

Its value had long since begun to spiral as the government deal unravelled and, last week, its shares were trading at 6p as it sought to reassure the market it had sufficient cash balances to survive.

Omega’s story will have salutary value for investors of the folly of placing undue importance on the promise of large public contracts, particularly in such a moveable environment.

A £2.5m pre-production payment given to the company to ramp up manufacturing capacity was not the green light many people interpreted it to be. No final decision was made and, in November, the Government dropped the bombshell that the contract had expired and it would not advance to the production phase.

The agreed departure of its capable and experienced CEO, Colin King, was perhaps an inevitable gesture to the stock exchange that it was taking active steps to turn things around as it sought to raise an additional £7m from investors.

And last week the latest chapter of the saga was written when Omega announced the heavily discounted sale of its diagnostic test kit manufacturing business and facility in Alva for £1m to Accubio, a wholly-owned subsidiary of Chinese firm Zhejiang Orient Gene Biotech as a going concern along with its 109 employees.

With Department of Health officials now demanding a return their £2million advance to allow Omega to install new manufacturing equipment, its reversal of fortune now seems complete. But the future of its active and innovative health nutrition business is still bright.

The test manufacturing business is also likely to fare better as part of a dedicated biotech operation with global reach than as a standalone operation trying to cut it in a cut-throat market where volume is everything.

Given the modest size of the industry – The UK’s 13 largest companies that form the Laboratory and Testing Industry Organisation are together worth less than any one of the top 10 Nasdaq-listed diagnostics businesses in the US – the valuation attributed to Omega at its peak was vastly out of kilter with its turnover.

And just as the limit of its size and ambition was somewhere short of the sky, even with the untold riches of an expected government contract at the height of the pandemic, nor is it now on an inevitable path to oblivion.

There’s a valuable lesson to be learned from the experience of Omega, both for its own board and for other players in UK diagnostics, that in the future they should appeal to a more relevant investor and cut their cloth accordingly.

A danger for any specialist, technical or scientific business is in attracting investors who lack knowledge of and commitment to the industry – those who are in it for a quick punt and who might as easily be dealing in jelly. They don’t care, they’re only interested in seeing a return on their capital.

To get institutional investors on board is hard work. The vast majority of diagnostics businesses in Europe, let along the UK, don’t make a profit and there’s a reasonable minority that don’t make any money at all.

Some UK businesses are now seeing investment from China, Malaysia and even Russia, some of whom may be also spread betting on London property, electric vehicles, and cryptocurrencies.

Meanwhile, the UK government sought to throw its lot in, not with British providers of Covid testing kits, but with the California-based Innova Medical Group.

While the post-Brexit mantra of the Government is to invest in British companies to help build a high-wage, high-value economy, the reality is that the Department of Health and Social Care has a statutory duty to get the best deal for the taxpayer.

The officials who signed off on deals to buy £6billion of lateral flow tests may have a sophisticated understanding of negotiating public sector contracts, but their remit didn’t involve following an industrial policy that would benefit British providers and, in any event, they didn’t have the contacts to do it.

Omega announced the sale of its test kit arm with a valedictory criticism of the Department of Health’s business methods.

After expanding its Alva site, increasing its footprint, staffing levels and equipment, as well as installing government funded-equipment, its new chief executive Jag Grewal, said it was “hugely disappointing that, having acted in good faith to establish UK manufacturing for Government-issued tests, we find that these tests are, in the main, sourced from China instead”.

The main obstacle to UK diagnostics companies benefiting from a Covid dividend was that from the outset they were – and still are – part of what is regarded by many investors here and abroad as a cottage industry. There was no-one with the scale necessary to do what the Government needed to be done.

We’re now experiencing the aftershocks of that realisation and it’s likely companies other than Omega will go from being wildly overvalued to being undervalued before the graph of the earthquake settles down.

Then we may see the right kind of investors – knowledgeable, realistic and in it for the long haul – re-enter the market to provide those sound, underlying companies with the stable finance they need to trade and thrive.