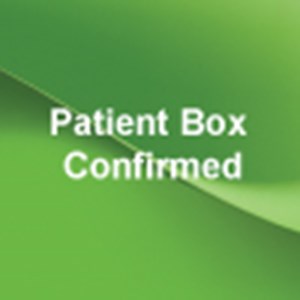 At times of global economic downtown, and internal restructuring within firms, risks to innovation arise. And as businesses look for savings, research and development is seldom exempt.
Last Updated: 06-Jan-2011

At times of global economic downtown, and internal restructuring within firms, risks to innovation arise. And as businesses look for savings, research and development is seldom exempt. Last year for example, GlaxoSmithKline made considerable cuts to its research budget for mental health and other firms trimmed R&D substantially too, as even the greatest giants of the industry sought to respond to the impending expiration of patents and bleak pipelines ahead. In addition, while the greatest challenges remain endogenous, the long-held notion that the pharmaceutical world is entirely immune to wider financial malaise was also dealt a blow. The good news is that big pharma is a decidedly adaptive beast. And as I outlined in an article last year, the industry has already taken numerous steps to refocus its resources and to refresh itself more broadly. However, while internal restructuring is paramount, there is also a role for the state to play too.

Targeted stimulus, it is often said, can provide at least some of the answers. Even in more normal times, the state can have an important role to play in encouraging important research and rewarding successful innovation. Perhaps unsurprisingly then, for years countries such as Belgium, the Netherlands and Switzerland have all operated so-called ‘Patent Boxes’ as a way of incentivising research and development in their respective nations. Back in November of 2009, the former Labour government announced plans to introduce a similar measure here in the United Kingdom.

The essential thinking behind the measure is fairly straightforward: provide tax-breaks and financial benefits to those companies that invest the most in the nation’s economic future and boost the wider climate for investment in the process. Indeed, not only pharmaceutical and biotech firms, but all UK businesses stand to benefit from the scheme, which will reduce corporation tax to 10 per cent for all income from patents. Announcing the measure at the time, the former Chancellor of the Exchequer, Alistair Darling, while bowing his head to what he called the United Kingdom’s “remarkable record of ideas and innovation”, argued that “we need to do more to support this ingenuity and ensure this creativity is harnessed in this country”. The Patent Box, he said “will help maintain jobs in science and technology in this country”. Back when it was first announced in 2009, the measure was also widely welcomed by business leaders in the pharmaceutical sector, with Clive Dix, the Chairman of the Bio Industry Association (BIA) arguing that the scheme would make “a real difference to ensuring a successful and sustainable future for the sector in the UK”. Both AstraZeneca and GlaxoSmithKline spoke highly of the announcement too.

Yet with the arrival of the new coalition government in May against the backdrop of heightened financial anxiety, the government’s exhaustive Public Spending Review forced ministers to review the merits of almost every existing government measure on the books. There were fears then, that the Patent Box might not make the cut. Such fears were allayed, however, when on 29 November last year the Chancellor, George Osborne, announced the confirmation of plans for the Patent Box, to be introduced in a wider coalition Finance Bill in 2012. In confirming the previous government’s plans, David Gauke, Exchequer secretary to the Treasury said: “In recent years, too many businesses have left the UK amid concerns over tax competitiveness. It’s time to reverse this trend…that is why the Government is prioritising corporate tax reform. Responding to the concerns of business, the UK is headed for a more competitive, simpler, and more stable tax system in the future”. On the side of industry, GSK CEO, Andrew Witty hailed the decision as “a bold and forward-thinking measure which builds on the UK’s strength as a global centre of excellence for science and R&D”, adding that “this is a welcome step by the Government to improve the attractiveness of the UK as a place for the private sector to locate and invest”.

In terms of tangible results so far, while AstraZeneca CEO, David Brennan, almost immediately hinted at increased investment in the therapy area of diabetes, cancer and respiratory illness, GSK were even more specific in outlining the more than £500m additional investment that they argue the Patent Box will allow them to make over the next few years. Perhaps the greatest commitment comes in the form of guaranteed new investment in GSK’s next generation high-technology respiratory inhalation device for asthma and chronic obstructive pulmonary disease (COPD) at Ware in Hertfordshire, as well as a commitment to ensuring that the UK is the home of the company’s next biopharmaceutical manufacturing plant, with a location to be determined later this year. In addition, the launch of a new £50m UK Venture Capital Fund will also offer support for early stage healthcare companies and researchers in academia. In summary, GSK concludes that the result of these investments will be the creation of 1,000 new jobs in the UK, as well as substantial benefits for its third party suppliers.

Unsurprisingly, for executives in the pharmaceutical sector the new government’s confirmation of the Patent Box is seen as a welcome boost to growth and innovation. However in wider quarters, more recent commentary has been mixed. The Institute for Fiscal Studies, for example, has warned that the scheme will lead to a ‘large reduction’ in overall tax revenues, is poorly targeted at promoting research and will add a considerable degree of complexity to the tax system. They also warn against a race to the bottom, where other countries follow suit and the current scheme eventually appears less attractive to investors in relative terms. Similarly, John Van Reenen of the London School of Economics also argues that the scheme is poorly targeted and in a recent article in the Financial Times he urged the Chancellor to abolish the scheme in favour of increased investment in higher education. As with most things in economics, only time will tell.