Patient Advice in the Digital Age 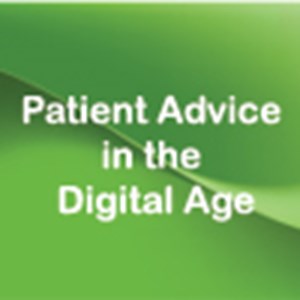 We often use them to make decisions about what products we buy and which we keep buying…except for pharma’. Yet more than that, he makes a coherent and convincing argument for how these kinds of services could ultimately end up benefiting the pharma industry itself. Indeed while information from a single person on the internet might be far too subjective to be of use, the sophistication of the crowd is arguably much greater.
Last Updated: 27-Aug-2010

For decades GPs stood as the lonely guardians of patient opinion. Computers were still the exclusive preserve of scientists and government officials at the Pentagon and the inventors of Google were still at school. With a distinctly limited arrange of options then, the closest people got to ‘crowd sourcing’ was a ten minute chat with their next door neighbours and your local doctor’s surgery represented both the first and the last venue of medical information.

Today the situation could not be more different. With a seemingly limitless number of knowledge and information sources at their fingertips, more and more patients are turning away from their GPs and towards alternative sources of information when making their healthcare choices. Put more accurately, while still rightfully valuing the expert advice of their physician, most patients are also supplementing traditional, reliable expertise with an increasingly diverse range of alternative actors. Unsurprisingly, the internet can be said to have taken up the lead role. Indeed, while the power of social media and crowd sourcing platforms have long been felt in numerous other areas of our lives, these platforms are increasingly being utilised in the sphere of healthcare and medicine too. Instruments like iGuard and eHealthMe have created impressive networks of knowledge around all four corners of the globe and personal data portals such as Google Health are becoming increasingly popular amongst large groups of patients. Hence for the healthcare industry too, ‘The internet’ is rapidly becoming a synonym for ‘knowledge’. ,For the modern day patient then, the challenge is no longer in finding enough sources of information, but rather in interpreting the relative merits of the myriad of sources available.

According to a Pew Internet survey from 2009, just over 60% of American adults look online for healthcare information. An impressive figure on its own, this also represents a significant increase on previous seen figures from 2000, where only 25% of adults said they turned to the internet for healthcare information. Importantly however, while the study did report that an increasing number of patients ‘turning to reading blogs, listening to podcasts, updating their social network profile, and posting comments’ in a bid to grow their knowledge pool, the survey also notes that ‘American adults continue to turn to traditional sources of health information, even as many of them deepen their engagement with the online world’. In other words, while it is unquestionable that engagement with new technological driven mediums is growing, patients are equally not abandoning the more long-standing sources of information either.

Yet while there can be no question that an increasing number of patients are turning to the ‘cloud’ for the questions of both diagnosis and solution, whether or not this is actually a good thing is an entirely different question altogether. And while many consider the development to be a natural extension of the kind of community review systems that already exist in most consumer domains, others are more concerned about the limitations of the science that some of these websites employ.

On the affirmative side of the argument for example, and in reference to just one of the emerging areas of patient and physician interaction, Jonathan Richman of Dose of Digital, has argued for ‘Why Pharma Needs Product Reviews’, stressing that ‘We see them everyday on pretty much every site we visit…except for pharma. We often use them to make decisions about what products we buy and which we keep buying…except for pharma’. Yet more than that, he makes a coherent and convincing argument for how these kinds of services could ultimately end up benefiting the pharma industry itself. Indeed while information from a single person on the internet might be far too subjective to be of use, the sophistication of the crowd is arguably much greater. Thus, in the case of a site such as iGuard, not only can patients peruse existing drug ratings from a membership base of over 2 million users, but they can also contribute to the cloud themselves by answering a series of questions based on their own experiences of a drug. Overall rates of ‘satisfaction’ and ‘effectiveness’ are then calculated as a result of a complex and validated methodology called Treatment Satisfaction Questionnaire for Medication – or TSQM. The site also allows users to post questions about their medical problems and promises an answer from an iGuard representative.

In a day and age where there are a growing number of calls for a more ‘patient driven’ or ‘patient-centric’ healthcare infrastructure, it could be argued that sites such as these only serve to increase the amount of information available to the healthcare consumer – thus better informing them about the available range of medications for their condition as well as making them more aware of the reported side effects and the reported ‘real-life efficacy’ of the medications in question. As Richman himself puts it: ‘aren’t objective ratings guiding treatment requests better than DTC TV ads that also aim to get people to ask for a specific treatment?’. In other words, while no one is suggesting that such services should replace clinical trials, the more sources of patient and physician information the better. When functioning alongside blogs and other social networking services, such tools could also be said to increase the more human aspect of healthcare, by connecting patients that are going through similar medical experiences.

Conversely, some are worried that services such as these represent an unfortunate and arguably dangerous departure from the proven scientific expertise of the experienced physician in favour of an extremely subjective and ‘un-scientific’ methodology. Indeed, why should we consider that even a very large group of untrained laypeople can rival the knowledge and expertise of a trained clinical expert with years of experience in his or her therapy area? The reality is that no one is saying that they can. Instead, such services are being suggested as purely supplementary sources of knowledge and information for patients – no doubt partly as a response to the aforementioned growth in patient demand for alternative sources of information. Yet regardless of what one actually thinks about these new kinds of information mediums, the reality is that more than ever before patients are going online for drug advice and information. Rightly or wrongly, it is a trend that is only likely to continue in the years to come.