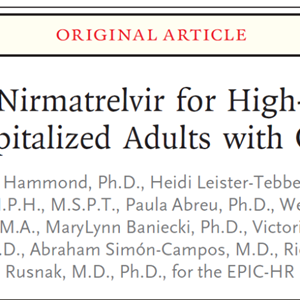 With the growing popularity of Paxlovid, the second spring of caronic anhydride has arrived, one the key intermediates of Paxlovid.
Editor: Sonia Lee Last Updated: 01-Mar-2022

On February 16, 2022, the data on Paxlovid previously published by Pfizer and submitted to the FDA were published in the New England Journal of Medicine (NEJM).

This NEJM article published viral load data that Paxlovid reduced viral load by 0.868 log10 compared to controls for 5 days of treatment, which equates to a remarkable 7.38-fold reduction in viral load.

Interim analysis showed that 28 days after receiving treatment, Paxlovid reduced the risk of hospitalization and death by 89.1% (p<0.001).

Applying the final results of the ITT analysis, Paxlovid reduced the risk of hospitalization and death by 88.9% (p<0.001).

According to our summary, Paxlovid has the following four main features that bring it closer to being a "potent drug".

Analysis of the secondary endpoint of the EPIC-HR study showed that Paxlovid reduced viral load by approximately 7.38-fold after 5 days of treatment compared to the placebo group, demonstrating that Paxlovid has potent activity against COVID-19 and is the first antiviral agent to truly reduce viral load.

In an interim analysis of EPIC-SR, Paxlovid reduced hospitalization/mortality in non-high-risk unvaccinated/high-risk vaccinated COVID-19 patients by 70% compared to the placebo group; and no patients in the treatment group died of disease.

Omicron has few protease mutations, so this drug is also effective against mutant strains.

In addition to its extremely high efficacy, Paxlovid has been shown to be very safe.

In the adverse events observed for the Paxlovid clinical trial, the treatment and control groups experienced comparable adverse events, most of which were mild.

Caronic Anhydride, An Intermediate Of Paxlovid

In May 2011, the FDA approved the marketing of Merck's hepatitis C treatment, Victrelis, also known as Boceprevir. The structural formula is as follows.

The molecular structure of Boceprevir consists of three fragments: P1, P2 and P3.

Pfizer's COVID-19 oral drug, Paxlovid, has a molecular structure that also includes fragment P2. With the growing popularity of Paxlovid, a second spring has arrived for caronic anhydride.