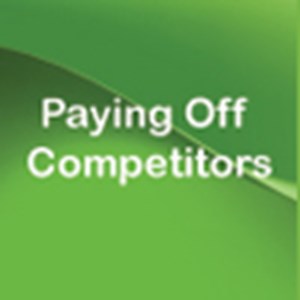 Washington is famous for its lobbyists. Make no mistake, of all the industries currently making themselves heard on Capitol Hill, the healthcare lobby is one of the largest and the loudest. Indeed, according to the Center for Responsive Politics, the pharmaceutical industry had almost 1700 registered lobbyists in Washington as of late 2009. Unsurprisingly, then, the pharmaceutical industry has a considerable degree of pull on The Hill.
Last Updated: 27-Aug-2010

Washington is famous for its lobbyists. Make no mistake, of all the industries currently making themselves heard on Capitol Hill, the healthcare lobby is one of the largest and the loudest. Indeed, according to the Center for Responsive Politics, the pharmaceutical industry had almost 1700 registered lobbyists in Washington as of late 2009. Unsurprisingly, then, the pharmaceutical industry has a considerable degree of pull on The Hill. Indeed, in the first 9 months of 2009 alone, the healthcare industry spent over $400-million on federal government lobbying and these figures are unlikely to fall anytime soon. With such powerfully entrenched special interests, the implications for federal policy-making are obvious. Special interests really do matter. In many ways, federal legislation on healthcare has lived and died by the movements of Washington lobbyists for as many decades as we might care to remember. And for a party that talks as much as it does about the broader power of the free markets, today’s Republicans are surprisingly fearful of the ideas of competition and market freedom when it comes to the nation’s healthcare. The fall of the so-called ‘Public Option’ in the healthcare reform bill functions as just one of the more prominent examples.


With history having been made last month by both the House and the Senate, the current healthcare reform bill is now almost certain to pass. Pending a merging of the bill though committee meetings of both houses, and a subsequent combined vote on the bill in its final state, President Barack Obama will sign the bill into law and make history in the process. Healthcare coverage will expand massively to cover many of the existing 47 plus million uninsured, attempts to discriminate on the basis of ‘pre-existing conditions’ will finally be banned and the bill’s many pilot schemes will offer at least some hope of an overhaul of the current system of payments in an attempt to cut costs. For all the brouhaha about costs and deficits, the bill in its current form entertains a perhaps surprising degree of fiscal responsibility, promising to actually lower the deficit instead of raising it. Yet as Congressmen and women spend the next few weeks arguing over the details, pushing for earmarks and making symbolic and crowd-pleasing calls for ‘transparency’ and ‘fairness’ in the direction of their constituents, there are several legislative measures that should be given particular attention – particularly in the name of ‘fairness’.


Only last month, we reported on the potential conflicts of interests surrounding U.S. payments to physicians. Having first provided the background on these so-called ‘speaking fees’ we then turned the question over to you, the reader. ‘Payments to Doctors: good, bad or just plain ugly? You decide’. Final negotiations pending, the Physician Sunshine Payment Act may still make it into law as part of the healthcare reform bill in the coming months, forcing companies to provide the government with yearly reports of all donations exceeding a cumulative value of $100 and signifying a massive overhaul of the way in which pharma companies are allowed to do business.


In another example of the ways in which Senate Leader Harry Reid (D-NV) and other members of the Democratic leadership continue to tread on legislative eggshells, Senator Herb Kohl (D-WI) has now sponsored an additional Senate measure, this time designed to clamp down on so-called ‘pay to delay’ deals by pharmaceutical companies. The nature of the agreements, by which brand-name manufacturers essentially pay generic brands to delay their marketing by several years in exchange for a share of their profits, has caused considerable controversy in Washington in recent months. By pursuing such agreements through a patent litigation process, companies have so far been able to dodge any legal checks on their activities, having also previously enjoyed a relatively free reign under the Bush Administration Justice Department. By filing an application to the Food and Drug Administration to sell a generic version of a drug still covered by patent protection – therefore encouraging the manufacturer of the original drug to sue for breach of patent - the two companies are then able to enter into a process of patent litigation. It is from such a position that companies are then able to cleverly structure such reverse-settlement deals, with the end result that the plaintiff actually ends up paying the defendant for the delayed introduction of the generic. Naturally, the agreements are always formulated in such a way that the drug companies are paying for something other than extended patent protection alone. It will also come as little surprise that U.S. pharmaceutical firms currently make literally billions a year in extra sales as a result of these ethically – if not legally - questionable practices.

On one side, the Pharmaceutical Research and Manufacturers of America argues that: ‘Patent settlements between brand-name and generics companies can resolve expensive patent disputes to help foster innovation and improve access to medicines so that patients can live healthier, more productive lives’. Doubtless, potentially shady practices aside, it is through an outstanding commitment to innovation and research that the global pharmaceutical industry is able to contribute to the improved healthcare of literally millions of people every year. On the flip side, branded medications are almost as much as 80-90 per cent more expensive than their generic competitors, meaning that for the average sick American, these practices hurt working class wallets a lot more than they offend ethical frameworks. According to a recent

And while the future of this potentially industry-changing piece of legislation still hangs in the balance in the Congress, it is to the credit of Senators like Mr. Kohl that such issues have been brought to the public’s attention. For as much as we should continue to praise the pharmaceutical sector for its considerable contributions to the health of this planet’s inhabitants, no industry should be exempt from transparency; no questions should be too difficult to answer.