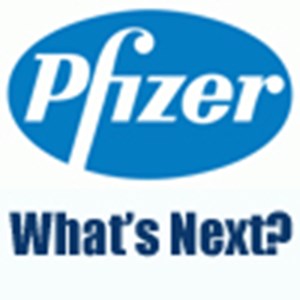 Recent talks are about the recession, economic downturn, credit crunch and so on. However, the pharma giant Pfizer made a remarkable start in 2009.
Last Updated: 27-Aug-2010

London, UK - 29 January, 2009 - Recent talks are about the recession, economic downturn, credit crunch and so on. However, the pharma giant Pfizer made a remarkable start in 2009. Pfizer acquires its rival big pharma company Wyeth for about $68bn for stock and cash. This acquisition is said to be the one of the biggest in the pharmaceutical history. However, would it have been better for Pfizer to have acquired Amgen instead of Wyeth?

Pfizer acquires Wyeth- Behind the Scene:
Pfizer faces tough competition ahead, from generics after the expiry of its block buster drug Lipitor in 2011. Lipitor a cholesterol treatment drug, which generates around $ 13 billion a year, is facing patent expiration in 2011. Pfizer is set to face big challenges by 2012 not only from generics but also from investors because of the decline in R & D productivity. Though its pipeline has 200 products, there are no blockbusters to even the dent of around $30 billion left by the patent expiry of 13 drugs by 2014.

Wyeth is also facing similar challenges from generic drugs for their anti-depressant drug Effexor, which generates around $ 3.92 billion annual revenues. Wyeth was planning to take over Crucell, a Dutch vaccine company. With Pfizer taking over Wyeth, the plans of acquiring Crucell have been dropped. Crucell share price slumped down to 12.60 euros because Wyeth has withdrawn from a possible merger.

The combined pharmaceutical company (Pfizer and Wyeth) will be one of the biggest in history and is expected to maintain top position in the next 5 years. This acquisition will enhance the pipeline products for the therapeutic areas in Alzheimer's disease, auto immune disease, inflammation, oncology, pain and others. Pfizer is expected to become the top player in vaccines, bio-therapeutics, animal health and consumer market. Pfizer will be a unique company with more than 15 products with $1.0 billion each in annual revenue. This strategic move from Pfizer also brings out a new business model, wherein no one product would generate more than 10% of the total company revenues. This is to move away from the dependence on a single blockbuster molecule as was the case with Lipitor (25% of the company revenues were from Lipitor).

Though plagued with R&D challenges, patent expiries, generic competition and high drug attrition rates, pharmaceutical companies have resorted to various crisis management strategies to stay afloat during trying times. One of these strategies is M&A activities. With Pfizer taking a strong and bold step in this direction, there may be other companies to follow.
The list below looks into the current available cash reserves in the industry in 2008.

Note - * Cash, short term investment and other equivalents as of 2008.
A look at the possible M&A activities in future:
1. Sanofi Aventis - Crucell could be potential buy for Sanofi-Aventis as they deal with vaccines. Sanofi-Aventis could look at strengthening its position in the vaccines area.
2. Sanofi-Aventis has been vying for top position amongst the Pharma companies. Though this may be a distant dream after the Pfizer -Wyeth deal, Sanofi Aventis could forge a deal with Bristol-Myers Squib. This deal, if it happens, would push Sanofi-Aventis to number 2 after Pfizer.
3. Eli-Lilly and Takeda - They have been collaborating for the past years in the anti-diabetic drugs area and Eli-Lilly may find it beneficial to acquire or merge with Takeda.
4. Johnson & Johnson has a good basis for acquiring Vertex Pharmaceuticals because of the impressive past deals with Vertex and also the exciting pipeline consisting of drug candidates for cystic fibrosis and rheumatoid arthritis.
5. Bristol-Myers Squibb and Amgen can forge a deal in the future as BMS is always active in M&A activities and Amgen's biotech pipeline can boost BMS's position in the Pharma industry.

How healthy is our Pharma Industry?
Such enormous deals in the Pharma industry are not new and Pfizer has been part of larger deals in the past e.g. Pharmacia. Although, the deal may have brought good news for investors, an insight into the health of the Pharma market reveals interesting facts. As blockbusters fall off patent, organic growth has witnessed major hits. Pharma companies have resorted to inorganic growth through M&A. However, this growth cannot form a sustainable business model for long. This is a stopgap arrangement, in order to stay afloat during Lipitor patent expiration. Wyeth, facing similar circumstances, had to give into this deal to prevent itself from sinking too.

The prime question arising out of such M&A activities is that, are these favouring innovation? Analysis reveals that 'innovation' is not the primary focus for these companies and these activities are just crisis management measures. These short term arrangements enhance their stock prices and are purely business oriented and not innovation oriented. Such massive deals may not be a healthy sign and are clear pointers to the ill-health of the drug industry.