Pharma in crisis – what does it mean for talent? 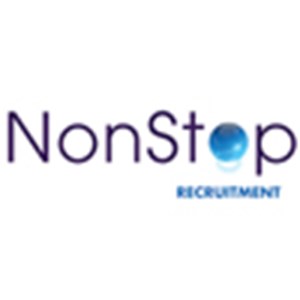 As we’re all aware, the pharmaceutical industry has been going through something of a revolution in recent years. A number of issues, including the approaching patent cliff and a lack of innovation from major firms have meant that the current industry business model is unsuitable and unsustainable when it comes to meeting the demands of the global markets. Some reports have suggested that the arena is expanding and is set to double in size by 2020, however it’s likely these figures have been affected by firms diversifying their offering and moving into other sectors.  What we do know is that the market is changing, but what does this mean for skills demands?

We’ve now reached the end of the blockbuster drug era with around 110 major products reaching the end of their patent exclusivity between 2012 and 2014 alone, which is estimated to have cost the industry as much as £150bn. Aside from a blip around 2010, the number of applications for new drugs has also been steadily falling for some time now. The traditional major players have had, and continue to have, much of their market share eroded by smaller firms that are producing generic drugs. In addition, there has been considerably less successful research and development activity across the whole industry. As a result, a number of positions, in particular in areas like pre-clinical toxicology have seen a considerable reduction in demand.  Perhaps 15 years ago professionals with experience in these areas would have been able to walk into roles but now the market is considerably more competitive meaning it’s much harder to secure a job.

The growth in the generic industry has also had an effect on non-scientific roles. Firms which have moved into this market still need to navigate the complex regulatory landscape and this requires experienced specialists. These firms have also sought post marketing surveillance experts who can help to monitor the safety of their drugs once they’ve been released to the market.

One of the main factors behind the changing nature of the industry is the lack of new products that are appearing on the market.  Firms still want to produce the blockbuster drugs because the potential rewards are absolutely huge, but they’re struggling to make the breakthrough. We all remember the hive of potential M&A activity that took place last year and this could be seen as an attempt by some of the major players to join forces in order to drive some sort of innovation.  This increased focus on developing revolutionary new drugs has meant that some scientists have been highly sought after. In fact, a recent study by VacancySoft found that these roles now make 38% of all UK based scientific vacancies, significantly up from the 16% recorded in quarter four 2014. However, the issue has been further compounded by demand for scientists stemming from unconventional areas such as food and consumer products as a result of the sectors becoming more regulated and therefore more attractive to professionals.

However, this isn’t the only way the sector is shifting. Across the pharmaceutical industry firms are looking to adopt new forms of technology and this will obviously have a significant effect on skills demands. Areas such as medicine supply chains can still be developed with Dr Tony Cornford of the London School of Economics (LSE) describing the present system as “fractured, often labour intensive and prone to human error”.

So while the weakening effectiveness of research and development functions and the growth of generic firms has already shifted much of the skills requirements of the industry, it’s not done yet.  The pharmaceutical field faces a number of major challenges, not least how to regain some of the profits that firms have lost through their eroded market shares in recent years. Some experts, such as Dr Kees de Joncheere of the World Health Organisation, have suggested that “the current model has run out of steam”. While we can’t be sure about this, it’s highly likely that the growth of stratification and more innovative technology will only continue to shift skills’ demand for pharmaceutical professionals.

Abid Kanji is an Associate Director at NonStop Recruitment