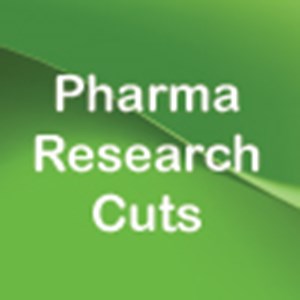 Research and development is the bread and butter of healthcare innovation. For decades the world’s pharmaceutical companies have treasured and protected this simple maxim, pouring billions of dollars into research and development and creating hundreds of groundbreaking new drugs in the process. Yet since the onset of the global financial crisis in 2007, big pharma has begun to ask some very difficult questions of its research commitments.
Last Updated: 27-Aug-2010

Research and development is the bread and butter of healthcare innovation. For decades the world’s pharmaceutical companies have treasured and protected this simple maxim, pouring billions of dollars into research and development and creating hundreds of groundbreaking new drugs in the process. Yet since the onset of the global financial crisis in 2007, big pharma has begun to ask some very difficult questions of its research commitments. And as more and more so-called ‘blockbuster’ drugs have continued to lose their patents, pharma companies have been forced to make additional cuts and to prioritize their future research investments in numerous therapy areas.

In one regard at least, there is little new about the need for pharmaceutical companies to adjust their outputs in line with expiring patents and falling revenues. Today, however, the fears are becoming much larger. There is, for example, a real and growing concern amongst industry analysts that marketing may be put before research; short-term profits placed above long-term innovation and universities and academia relied on ahead of in-house laboratories. A recent article in the Independent summarised this rising sense of uncertainty, stressing that: ‘Where previously these companies have thought of themselves as laboratories for world-changing drugs, there seems to be an emerging view that their core competence is, in fact, their aggressive – and always controversial – ability to market their drugs to doctors and (in the US) patients’. Far from mere factual embroidery, such anxiety derives not from exaggerated journalism, but from a series of recent job losses, research cuts and development overhauls. The proof is in the figures.

Over the few weeks, major announcements from Pfizer, AstraZeneca and GlaxoSmithKline have all signaled the extent to which the world’s foremost pharmaceutical companies are coming to seriously question their existing investments in research and development. In addition to cutting 8,000 jobs, AstraZeneca has announced plans to transfer one of its major manufacturing operations to China as well as its decision to continue outsourcing research to external firms and foreign markets. These more recent cuts come off the back of a major restructuring program first announced in 2007 that witnessed the loss of some 12,000 jobs and considerable internal modernization. Making the announcements at a financial results meeting on January 28, the company declared considerable cuts to a number of important research pipelines, as well as announcing its plans to pursue more research deals with external biotech outfits. All this despite the company’s posting healthy results for financial year of 2009 - including a 23 increase on operating profits, as well as the elimination of its previous $7bn debts.

In commenting on the announcements, AstraZeneca Chief Executive, David Brennan said: 'In 2009 we delivered a strong financial performance, exceeding the targets we set at the beginning of the year. In addition, good progress was made on the pipeline; we now have five products awaiting regulatory approval, and have added four significant late stage development projects through our externalisation efforts. Our plans for the next five years confirm our commitment to research-based, innovative biopharmaceuticals. I believe successful execution of this strategy will benefit patients and generate the cash flow necessary to provide for the investment needs of the business and shareholder returns’.

Yet if the narrative was limited to the internal reorganisation of a single pharma industry hegemon, there might be far less reason for concern. Instead however, the cuts run industry wide, with GSK announcing equally wide-ranging cuts and Sanofi-Aventis due to make a similar announcement in the weeks to come. In the case of GSK specifically, having already undergone substantial restructuring since 2007, the company has now announced further plans to end developments in a number of key therapy areas, including depression, anxiety and pain. The increased financial risk in the development of drugs for depression - as well as the unusually large number of clinical trials that have to be carried out in measuring the effectiveness of the treatments – are both likely to have influenced the company’s decision to make trims to these sectors.

Commenting on the cuts, GSK’s Chief Executive, Andrew Witty, said: “We are making sure that we are spending money where we have the best chance of returns. These are the areas which are most expensive and where there is highest risk.” In spite of anticipated difficulties in overcoming the loss of patent protection on several of its ‘blockbuster’ medications – such as Valtrex, a drug for the treatment of herpes – GSK reported an overall 3 per cent increase in sales for 2009, with pre-tax profits for the year up 16 per cent to £7.89 billion. Sales of the company’s swine-flu vaccine, Relenza, provided a particular boost to the company’s financial performance, swelling to £720m.

Indeed R&D apprehension aside, the results pointed to a number of positives for Europe’s largest pharma firm, with the group announcing a considerable growth in sales in consumer healthcare, after the company saw a 7 per cent rise in sales from brands such as Lucozade and Sensodyne. Thus despite the alleged cuts Mr. Witty was understandably keen to look to the long-term, arguing that “overall for the UK over the next five to 10 years I think it's highly probably that the UK will be a net gainer of jobs for GSK”. He also championed the company’s growth in the consumer sector, branding it “the fastest growing performance in the world of any consumer company as far as we can see”.