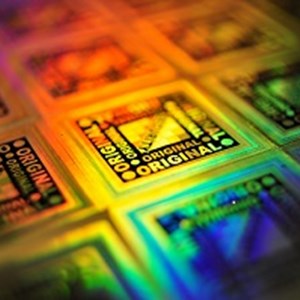 Pharmaceutical manufacturers are being urged to review their anti-counterfeiting plans ahead of the possible failure by the UK government to agree a Brexit deal with the EU.
Editor: Kelly Tipper Last Updated: 27-Oct-2020

Pharmaceutical manufacturers are being urged to review their anti-counterfeiting plans ahead of the possible failure by the UK government to agree a Brexit deal with the EU.

Global trade body International Hologram Manufacturers Association (IHMA) said the UK could see a flood of counterfeit medicines after the Falsified Medicines Directive (FMD) ceases to apply at the end of the Brexit transition period on 1st January 2021.

In place since early 2019, the FMD utilises mandatory safety features and an EU-wide database to help stem fake or counterfeit medicines which could endanger lives, reaching people.

The FMD will cease to apply if there’s no deal, leaving the UK with no access to the EU database except in Northern Ireland, where the directive will continue to apply.

The IHMA said the Covid 19 crisis is also fuelling the counterfeit problem - criminals are taking advantage of the pandemic to market and distribute fake pharmaceuticals, spurred on by increased demand and a shortage of basic drugs and medicines.

Illicit goods, or those with a vague provenance, can threaten people’s lives as well as damage corporate reputations and investment in companies and their products, research also indicates.

The IHMA has echoed calls by the National Pharmacy Association that in the interests of patient safety, there should be ‘…the continuation of an anti-counterfeit system. However, not [one] necessarily governed by the rules of FMD’.

The Royal Pharmaceutical Society has also voiced its concern over the issue, pressing government to put ‘robust plans’ in place to ensure counterfeit medicines don’t enter the supply chain.

Dr Paul Dunn, chair of the IHMA, said: “Failure to secure a Brexit deal could leave the door wide open to crafty criminals, who are infiltrating global supply channels, deploying scams and counterfeiting measures to trick consumers and damage manufacturers. Furthermore, items such as falsified medicines and drugs bought online pose a terrible threat and can endanger lives.

“Whether or not the government introduces new measures, the latest track and trace holographic systems remain a fast, effective frontline security device in the battle to protect against any post Brexit threats and keep medicines - and people - as safe as possible.

“Holograms can be effective in the frontline fight against counterfeiters and fraudsters, protecting brands and profits. Those involved in the supply chain are reassured by their presence on products, recognising the security and financial benefits provided.”

The use of well-designed and properly deployed authentication solutions, as advocated by the ISO12931 standard, enables examiners to verify the authenticity of a legitimate product, differentiating it from fake products coming from counterfeiting hot spots in Asia and eastern Europe.

Even those that carry a ‘fake’ authentication feature can be distinguished from the genuine item if that item carries a carefully thought-out authentication solution.