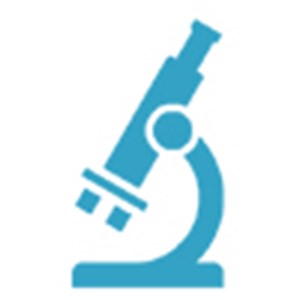 A clinical trial is a research study involving patients that can be used as a way of measuring effectiveness and safety as well as comparing different treatments or the level of side effects between different drugs. Clinical trials are also used to test new methods of screening, diagnostic tests etc.

For a drug to enter everyday use it must first pass a series of clinical trials and then obtain approval from the appropriate regulatory agencies (EMA for European Union and FDA for USA).

Clinical trials involving new drugs are commonly classified into three main phases (1, 2 and 3) but there is also a preclinical phase and a fourth phase. The phases of clinical drug research are the steps in which scientists do experiments in an attempt to find enough evidence for a drug which would be useful as a medical treatment.

Clinical trials are carried out in two stages - an “early stage” and a “later stage”. Early stage trials (phase 1 and 2) involve a small number of healthy people or patients and assess safety by looking for unwanted effects. Later stage trials (phase 3) usually involve large number of participants and aim to find out how well the drug works and further assess safety and risks.

Before pharmaceutical companies start clinical trials on a drug, they conduct extensive studies. These involve in vitro and in vivo experiments using wide-ranging doses of the study drug to obtain preliminary pharmacokinetic, toxicity and efficacy information.

Phase 1 trials are the first stage of testing in human subjects. This phase is designed to assess the safety (pharmacovigilance), tolerability, pharmacokinetics, and pharmacodynamics of a drug. In order to do this, researchers give different doses to subjects, increasing the dose as safely and quickly as possible while avoiding side effects. The main role of phase 1 trials is to find out how safe a drug is and to determine what is the most effective dose of the drug and how much can be given safely.

There are two kinds of phase 1 trials:

The goal of Phase 2 trials is to evaluate the drug’s biological activity or effect. Phase 2 trials are performed on larger groups of people who usually have the condition for which the treatment is to be used and are designed to assess if, and how well the drug works, as well as to continue safety assessments from the previous phase. At this point, the drug is not presumed to have any therapeutic effect whatsoever and in order to move further to Phase 3, positive effects need to be proven. Most development processes for new drugs fail during Phase 2 trials when the drug is discovered not to work as planned, or to have toxic effects.

Phase 3 is designed to assess the effectiveness of the new intervention and, thereby, its value in clinical practice. This phase usually includes several thousand patients and provides the most in-depth information about the drug prior to its release. Although not a rule, most drug companies undergo at least two successful phase 3 trials before submitting the drug in order to obtain approval from the appropriate regulatory agency.

At this point, the drug is presumed to have some effect (based on phase 2 trials) and phase 3 aims at being the definitive assessment of how effective the drug is, in comparison with current 'gold standard' treatment. Phase 3 studies also expand the safety assessments from previous phases but at a larger scale. Because this phase includes a larger number of patients, researchers can find out more about how common and serious any side effects or risks are, and about any possible longer term problems that could develop.

Due to their size and longer duration (phase 3 studies can take longer than phase 1 and 2 combined), phase 3 trials are the most expensive, time-consuming and difficult trials to design and run.

Other reasons for performing trials at this stage include attempts to show the drug works for additional types of patients/diseases beyond the original use, to obtain additional safety data, or to support marketing claims for the drug. Drugs which offer a small improvement between them and the existing treatment, require more trials before one is identified as better than the other.

Phase 4 is also known as post marketing surveillance trial involving the safety surveillance and ongoing technical support of a drug. These trials are done after the drug has been approved by drug regulatory authorities and after it is available for patients’ use.

Phase 4 trials are carried out as a safety surveillance of a drug in order to gather more information on the drug's long-term risks and benefits, its effect in various populations, how well it works when it is used more widely, and to find more about the possible rare side effects. This is possible because phase 4 trials are designed over a longer time period and with much larger patient population than what was possible during Phase 1 through 3 clinical trials.

Harmful effects discovered by further testing during Phase 4 trials may result in a drug being restricted on certain uses or it withdrawn from the market entirely.

The entire process of a drug from idea in a lab to commercialized medicine may take approximately 12 to 18 years (but not always), often costing over $1 billion and involving thousands of patients and healthy individuals.